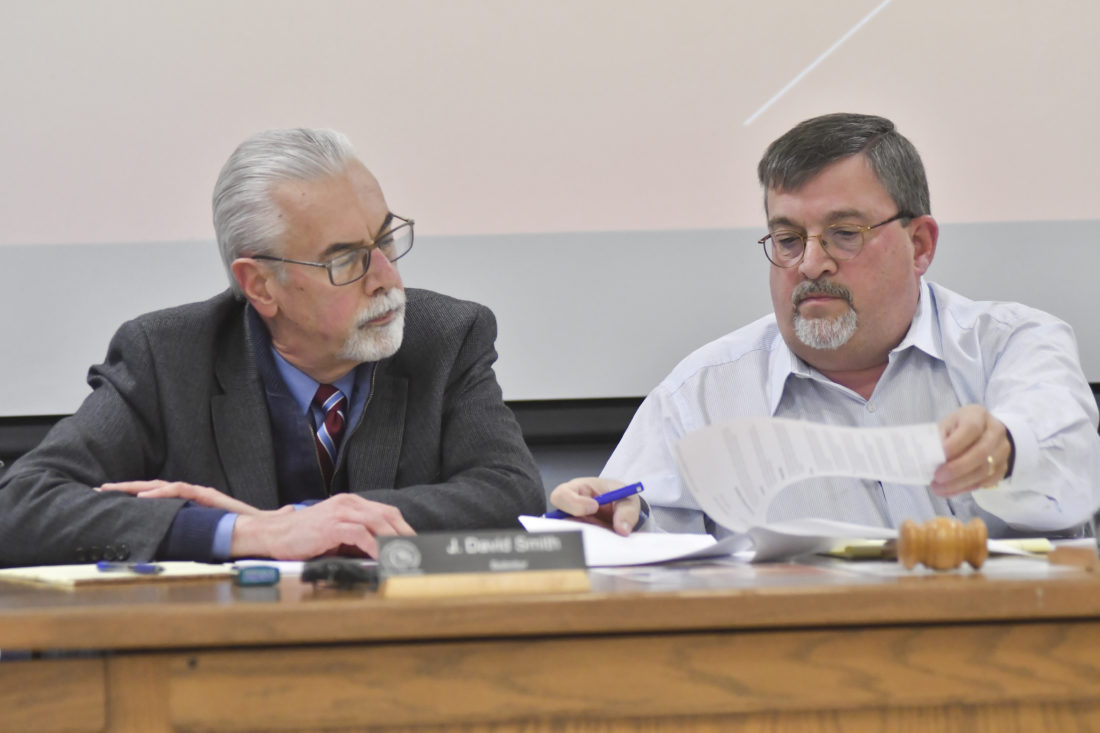 JERSEY SHORE –Residents who read the announcement for a special meeting of the Jersey Shore Area School Board Monday night were surprised when they attended the meeting and found that an agenda item regarding a vote on whether to hold hearings concerning school closures and other possible proposals to deal with the district’s budget deficit had been added.

The announcement, which had been posted on the district website, stated the meeting was being held “for the purpose of possible action on budget items or anything else that comes before the board.”

During a lengthy discussion, board members revealed that the notice they received at the end of last week also didn’t include the item on the meeting’s agenda, which said action would be taken to approve hearings

to consider a proposal that board member Mary Thomas had introduced last month as well as “the closing of Avis Elementary and/or Salladasburg Elementary school(s) in which any closure may be done separately or in combination; and any other framework which may result through further discussion.”

The board’s attempt to introduce the item for vote brought a rebuke by Thomas who quoted board policy governing actions that could be taken during a special meeting.

“Under special meetings, no business shall be transacted at any special meeting except that named in the call to each member for the special meeting,” Thomas read from the board policy. “That was not mentioned in the email we got that this would be here,” she added referring to the added agenda item.

She also said she told people who asked her what was on the special meeting’s agenda that she didn’t think the board was going to vote on closing schools.

District resident Burt Francis accused the board of purposely omitting the item about school closures from the announcements in order to get the vote on school closures on the agenda without notifying the public.

“I think you got this meeting tonight for one purpose,” Francis asserted, “and to get closing schools back on the table.”

A motion to suspend board policy in order to vote to hold the hearings would have required a six-vote majority to pass and was dead when only two board members, Harry Brungard and Christopher Fravel voted in favor of the measure. Voting against were: Thomas, Craig Allen, Karen Stover, Merrill Sweitzer, John Pecchia, Kelley Wasson and Michelle Stemmler.

The board then agreed to place the item, with the suggestion by Stover that re-configuration be included in the wording, on their next meeting’s agenda.

Because the board did not vote in favor of setting up hearings, the timeline for instituting either school closures or other proposals, could not be completed in time for the 2019-2020 school year.

Board solicitor J. David Smith told the board that the notice for hearings would have to be advertised for 15 days and then 90 days would elapse after the hearings before a vote could be taken. Following the vote, 60 days would be required if closures resulted in staff furloughs. By postponing the vote on whether to hold hearings until next Monday, the timeframe was shortened causing the delay to the next school year.