Donald Head: ‘We took care of anyone who got shot’ 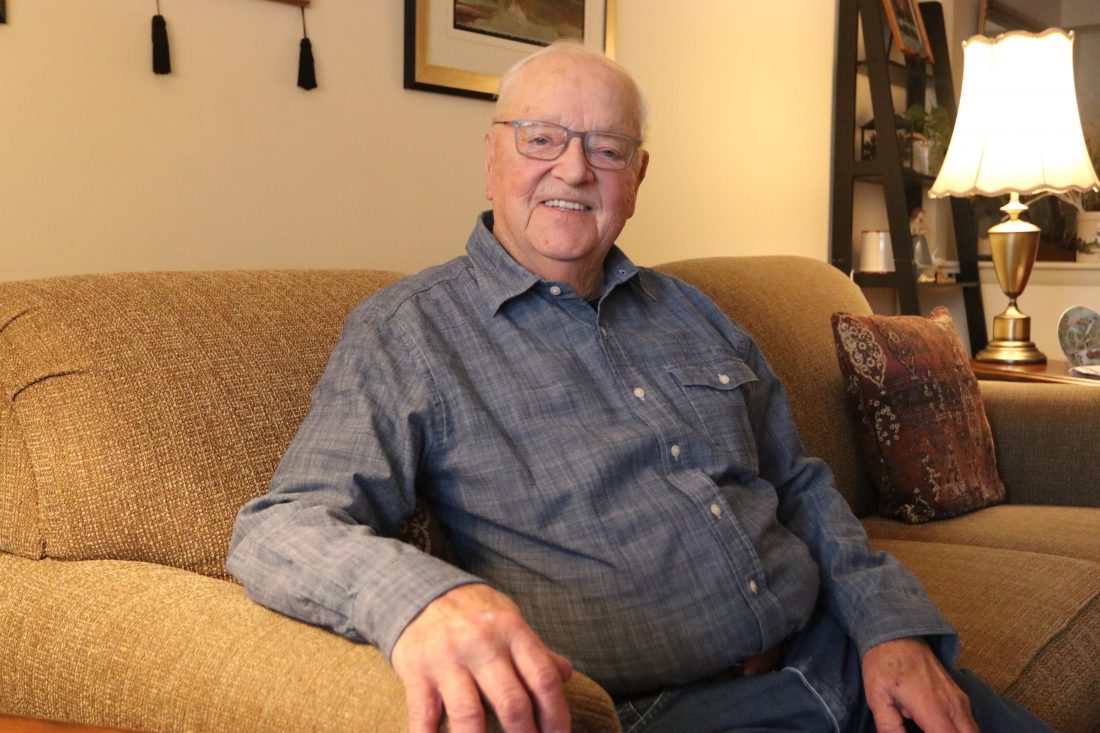 As a medic during the Korean Conflict, Donald Head experienced the horrors of war.

He would spend his days giving aid to U.S. troops wounded in combat.

Head, 87, was just 20 when he found himself in the military.

Up until then, the 1949 Jersey Shore High School graduate had been working at Avco in Williamsport as a blue print operator.

He wasn’t happy about being drafted into the Army but hoped for the best.

Head was first sent to Fort Meade, Md. for training then to Camp Breckenridge in Kentucky for infantry training. After 16 weeks and a ten-day pass he shipped out for Japan from the West Coast.

While in Japan, he awaited further orders, not sure if he indeed he’d be sent to Korea.

Eventually, Korea was exactly where he went–to the front lines of the war.

It was time to use his training as a medic.

“We took care of anyone who got shot,” he said.

Head was near where the shooting took place, and many of his days were spent hauling the wounded on a jeep out of the conflict to safety and to be treated.

It was spartan conditions, living in tents, often sleeping in the open in all kinds of weather.

Head lived on C-rations and in his words “a helmetful of water a day.”

About every two weeks, the troops were transported to shower points to clean up.

“We always moved around,” he said. “We would see what the North Koreans were doing. We were mainly moving from place to place.”

There were a few tanks and jeeps mounted with machine guns. Head was armed with a .30 millimeter carbon.

Needless to say, he saw his share of death, but managed to escape any hits.

Head said he certainly was in danger enough times, but felt lucky not to be killed or wounded.

He said was so young at the time that he perhaps didn’t experience “that stressful feeling” one would be expected to feel from being around combat.

Head was released from duty not long after the Korean Armistice Agreement was reached bringing an end to the fighting.

“I got my notice that I acquired enough points to head home,” he said.

He returned to his old employer at Avco before later taking a job with Sylvania in production control.

He also worked in production control at Mergenthaler Linotype in Wellsboro and at Piper Aircraft as a purchasing agent.

After he retired, he worded part-time as a limousine driver.

Eventually, he and his wife took to the road, traveling and living out of a recreational vehicle. They spent a lot of time at Disney World, working during the winter months.

Head, who makes his home in Loyalsock Township, spends a lot of time with the local Korean War veterans group.

He and his wife have three children and four grandchildren.