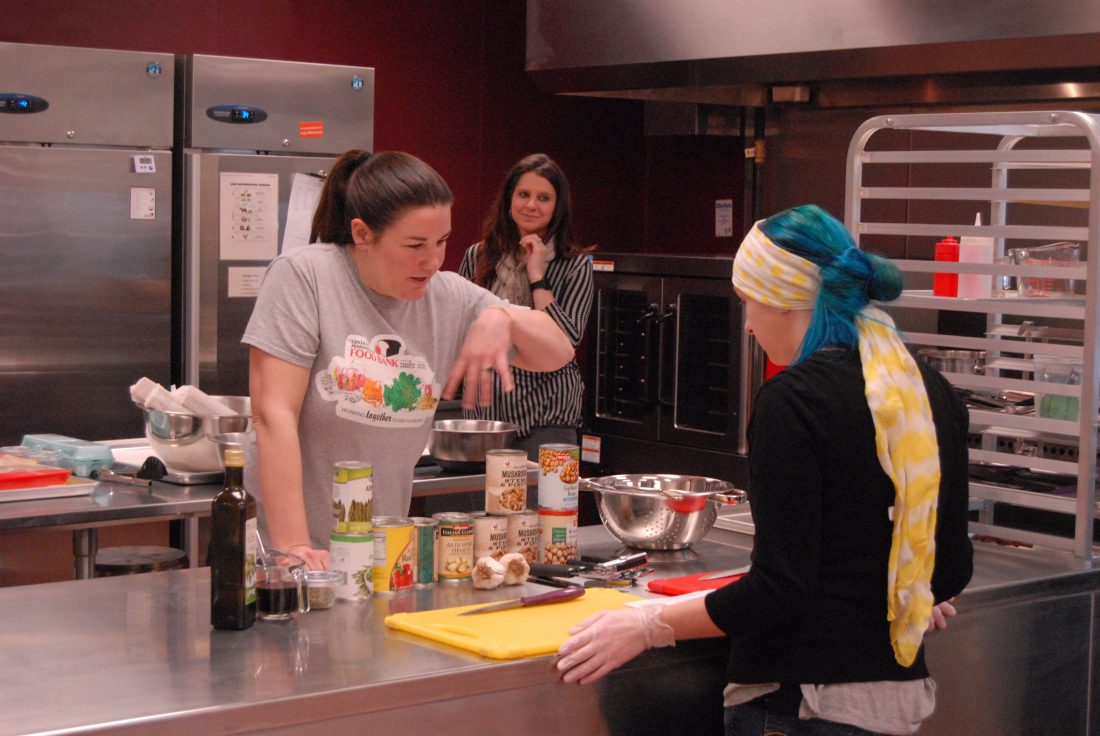 A mentoring partnership of organizations came to the Central Pennsylvania Food Bank, Thursday, to kick off a four-week cooking course, the meals from which will be served to other local programs.

“Everyone just jumped in, worked really hard together, they had fun,” said Abigail Eschbach, agency services coordinator for the food bank. “There was just a lot of great cohesion between the two groups and we all agreed that they need more recipes to work on next week.”

The class also teaches about healthy eating and budgeting for food.

“It can be expensive (to eat healthy) because we’ve just gotten so relied on processing food and (it’s) just not good for us long term,”said Mackenzie Howe, director of development for Hope Enterprises.

It was an obvious partnership between the two organizations, said Mackenzie Howe.

“We realized that a lot of the barriers that they’re women face in the community are similar to what people with disabilities face,” she said. “So if somebody maybe has a behavior or has a bad day, that’s difficult to then get a second chance and getting people to kind of open their minds to having them involved in things.”

Both Hope Enterprises and TLC struggle against stigmas in the community, said Howe, and in a world where people are short on time and money, a short-term hire isn’t what most are looking for.

“Getting these women to work with my clients will teach them patience,” said Nicole Miller, executive director of TLC. “Mentoring them and breaking out to see that they’re not the only ones trying to fight from a day-to-day basis.”

Further, many women in TLC have strong motherly tendencies and some are even trying to get their children back, Nicole Miller, executive director of TLC.

“I just think it makes them, overall, feel good about themselves,” she said.

“They made it fun,” said Krista Blake, one of the women in TLC. “It’s definitely good to cook. It’s therapeutic.”

Shameka Grey, program coordinator for TLC, said she was glad the women wanted to do it.

“It warms my heart. Cooking is something you do with your family and theres always love and caring involved,” she said.