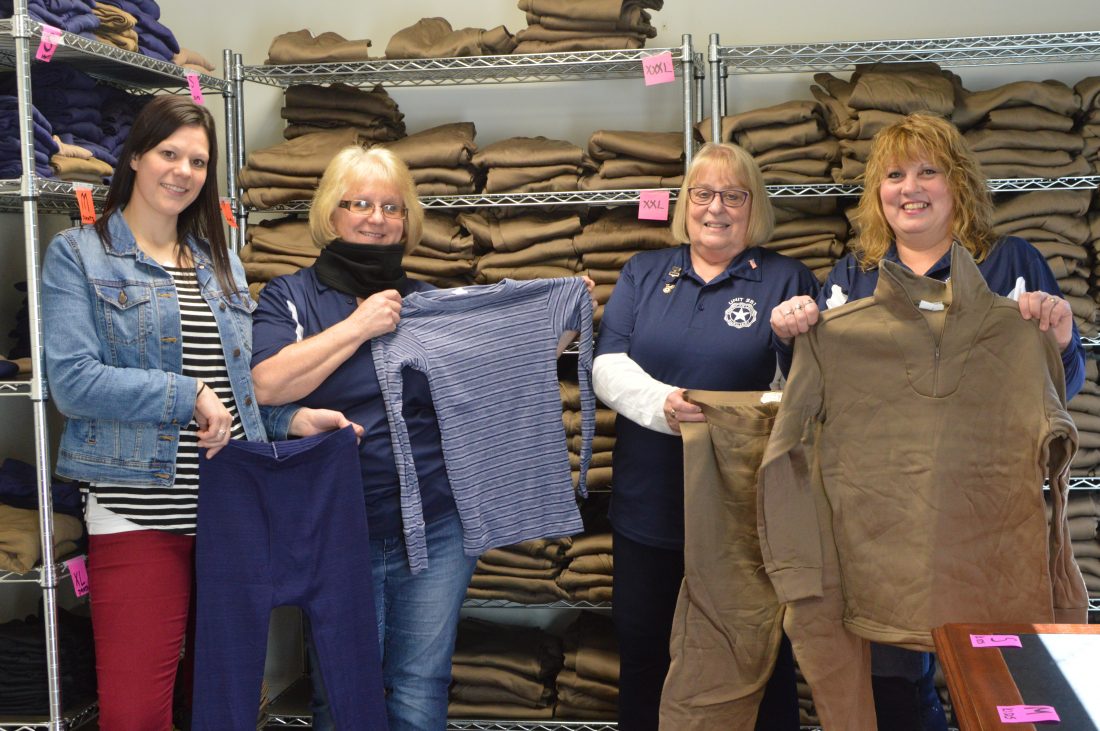 The organizations are hoping to distribute a large donation of previously unworn insulated shirts, pants, neck warmers and hoods to veterans and their immediate families.

The clothing, from the former Montgomery Sportwear factory, has all been laundered and comes in various sizes and patterns. Childrens sizes also are available.

“They were going to throw it all out,” said Coleen Johns, auxiliary president, of the new factory owners.

But word got around that George Heiges, veterans affairs director, would take the clothing if offered and the owners happily complied, she said.

Now the partners are setting up a mini-store where veterans and close family members can select a few pieces to take home for free.

“There’s a lot of new stuff,” said Elaine Clark, auxiliary member. “It’s good-quality, high-end stuff. It really would have been a huge waste if it was thrown away.”

Veterans can pick their clothing up from 9 to 11 a.m. on Tuesdays and 3 to 5 p.m. on Thursdays throughout the month of February. The “store” will be in Sen. Gene Yaw’s former office on the second floor of Executive Plaza, 330 Pine St.

Another recent donation to help veterans came from Ivanhoe Chapter #28 Order of the Eastern Star.

The group donated 20 “Backpacks for Veterans” full of supplies such as gloves, hats and toiletries to help homeless veterans, of which there are “more than you’d expect” in Lycoming County, said Natalie Steppe, veterans affairs administrative assistant.

It’s “exciting” to be able to “give something tangible” to people in need, Clark said.