Chuck Stutzman: ‘I’ve been around the world’ 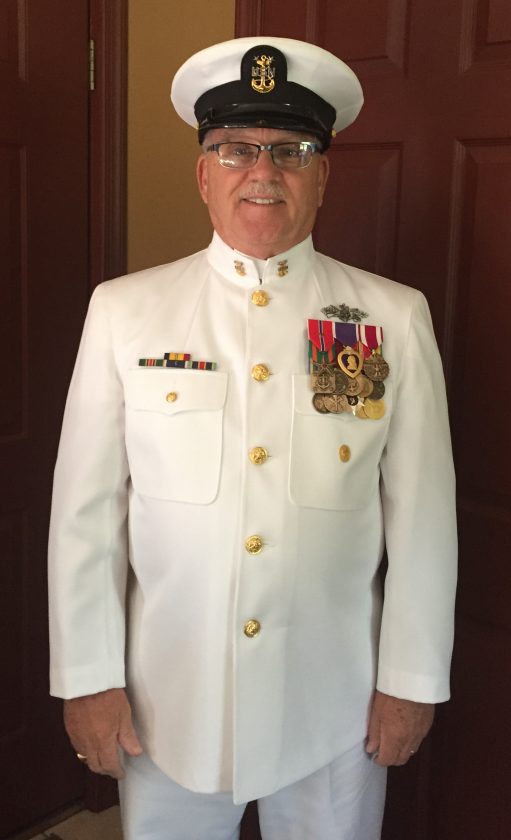 Chuck Stutzman served nearly 30 years in the U.S. Navy, most of that time as a reservist, but also four years of active duty including in Vietnam.

The Vietnam War put him up front with combat forces where he was wounded and earned a Purple Heart.

In Southeast Asia, where U.S. forces were engaged in what became an unpopular war with North Vietnam during a long campaign that stretched from the 1960s into the 1970s, Stutzman served as a line corpsman taking care of U.S. Marines.

“Actually, I was pretty confident in Vietnam,” he said. “I was a Christian. There were times when I was troubled and scared. I actually believed I was coming home.”

Stutzman did return home to Lycoming County and enjoyed a long career in the medical field.

These days, he looks fondly back on his long career in the military.

“It was great,” he said. “Basically, I’ve been around the world and seen different cultures and had different insights in different situations.”

Stutzman enlisted in the Navy right after graduation from Hughesville High School.

Following boot camp, he attended hospital corps school in Great Lakes, Ill. and later went to the field medical school in Camp Lejeune, North Carolina followed by an assignment to Marine Corps Base Quantico, Virginia where he served on a med surg floor of a hospital attending to wounded troops serving in Vietnam.

Later, he was assigned to a vessel traversing the waters overseas helping take care of sick shipmates.

He left in early 1970 and was assigned to a Marine division where he served as a line corpsman taking care of troops.

Days in Vietnam consisted of patrolling the area, holding sick calls and tending to wounds and illness.

And, of course, there were the battles in and around jungles, mountains and rice paddies.

He recalled one three-month stretch that brought a daily barrage of fighting.

He was sleeping in a trench one evening when he woke up to the sounds of an explosion.

The next thing he knew, he had been hit by shrapnel in the ankle.

After a week of recovery, he was back at the front lines.

Another time, Stutzman stepped on a land mine.

He remembered hearing a click and freezing in his tracks.

He was lucky to escape with his life.

“That day, I have to admit, I was a little nervous,” he said.

When the land mine was later detonated, it blew a mammoth hole in the ground.

“I was there (Vietnam) a year,” he said. “I came home and got out and did my inactive reserve time.

Many of the ensuing years were quiet.

Then, Iraqi forces invaded Kuwait in 1990.

During that time, Stutzman was in Guam where he was responsible for supplies and logistics.

“We provided support for missions,” he said. “I taught some courses while there for advanced cardiac support. It was a good mission.”

Stutzman retired from the military in 1997 as a command master chief.

In his civilian life, Stutzman was employed in various jobs with Susquehanna Health System, from orderly to paramedic service. Later in his career, he served as director of pre-hospital services.

In recent years, he became ordained as Free Methodist Elder.

Stutzman and his wife, Kay Marie, live in Loyalsock Township and are the parents of two children. They have five grandchildren.