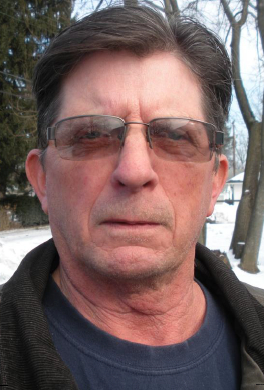 John Bower, Loyalsock Township supervisor, is seeking the Republican Party nomination for Lycoming County commissioner in the May 21 primary.

His decision to run is, “rooted in the growing concerns over taxation, costs and accountability at the county level,” Bower said.

Bower, who owns Bower Farms and Excavating, believes in a “common-sense approach” and wants to explore new ideas beyond the traditions carried on by past officials, such as the possibility of a tax rebate for senior citizens’ primary properties.

He wants to work more closely with the courts and law enforcement to identify issues concerning overcrowding by looking into the sentencing processes to find ways to reduce overcrowding while still punishing criminal activity.

He also wants to look into the White Deer Golf Complex, stating he would entertain the idea of selling the course to a private business.

The county requires leadership that understands the complexities of bidding and negotiations, costs of materials, vendors, supplies and the short- and long-term impacts on taxpayer money, Bower said.

“These qualifications are mandatory when facing decision on infrastructure, development and short- and long-term costs, such as with the MS4 project, dike systems, the landfill, the golf course and more,” said Bower, who has more than 23 years of experience in excavation and construction.

Bower is against a county-wide reassessment. The projected cost to do the reassessment could be better used to stabilize the budget, he said.

Ultimately, Bower’s goals boil down to making the county a competitive opportunity in the form of outside revenue streams and new business development which contribute to the tax base, he said.

“Improvements in our roads and bridges must combine with fiscal and administrative accountability,” he said

Claiming to refuse to raise taxes is unwise without knowing the details on the books, Bower added.

“Until you look at the numbers, you cannot make that statement,” he said. “My position is to watch what we’re spending and to keep within our budget.”

During his 12-year stint as township supervisor, Bower states he helped save Loyalsock taxpayers upwards of $9 million while keeping current with pay increases and updating equipment.

“It can be done,” he said. “It’s about accountability and knowing what kinds of questions must be asked and answered when making decisions that affect you, me and every resident of Lycoming County.”