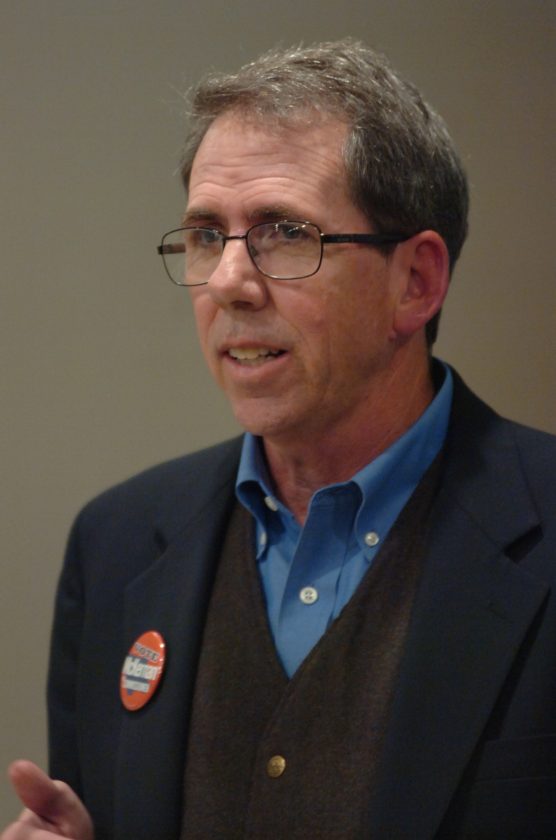 Jack McKernan has announced he will seek the Republican party nomination for a second term as Lycoming County commissioner in the May 21 primary.

“During my term, this team of commissioners has earned a reputation of being one of the most active boards in the last 20 years,” said McKernan, of Loyalsock Township. “I believe I have a lot to offer the people of Lycoming County. I have a thorough understanding of how our county government operates and the issues we face at this time.”

In the last four years, the commissioners created a focus group to find funding for the levee, used impact fees in a manner that has led to an improved fund balance, took action that earned the county an additional $500,000 in interest during 2018, switched to a self-insured health care program expected to generate savings, and participated in a state-led program called Early Intervention, which offers a third-party review of and suggestions to improve county finances, McKernan said.

“I want to make sure our fiscal department has everything it needs,” he said. “You always have to worry about the spending side of things, but when you’re constantly tasked with having to find reductions to keep the budget balanced, it’s hard to focus on anything else. If we can make sure fiscal is taken care of, the next commissioners can focus on more specific projects.”

The commissioners have initiated discussions about a regional solution for emergency management services, volunteer fire and EMTs concerning the lack of participation, McKernan said.

“We’ve got to try to get the different volunteer departments within different communities to think more about sharing manpower, sharing equipment,” he said. “There’s just not enough to go around.”

“We have to be willing to spend some money in those areas in order to increase the value of real estate,” he said, adding, “We’ve got to push to get earned incomes up throughout the county.”

McKernan, owner of Williamsport Moving and Storage Company, has served as chairman of the board for the past four years and is active in the state association, County Commissioners Association of Pennsylvania, serving on the energy, environmental and land use committee, and earned the association’s Academy of Excellence certificate for completed training hours.

He also is active with the National Association of County Commissioners, serving on the health advisory committee.

The election committee, Friends of Jack McKernan, will again be a grass roots campaign comprised of local friends, family, relatives and volunteers, McKernan said. His campaign chairman is Kevin Baggett.

“I have dedicated four solid years of educating myself on county government and working for the taxpayers,” McKernan said. “Electing me to another four years will protect your investment and allow me to continue to provide the leadership necessary at a time of transition within many departments of