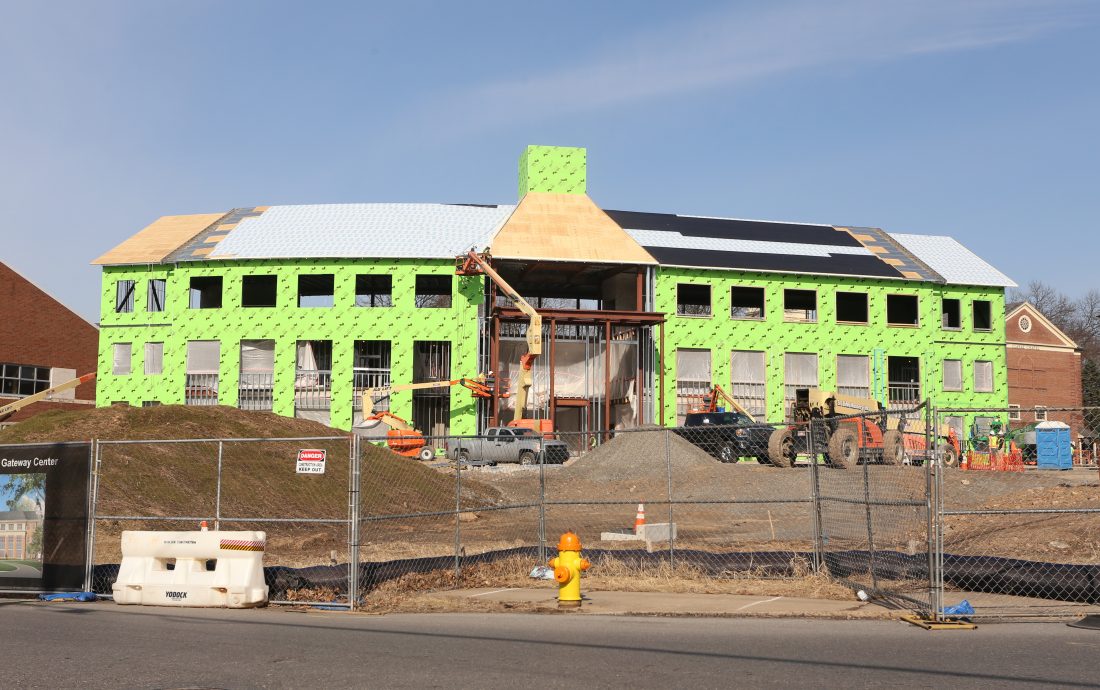 KAREN VIBERT-KENNEDY/Sun-Gazette Lycoming College erects a new building as part of a project to improve the neighborhood around East Third and Fourth streets.

Two state lawmakers have secured a $621,416 grant through the Commonwealth Financing Authority to fund streetscape and pedestrian safety improvements on East Fourth Street.

The grant, awarded to the River Valley Transit, will be used to improve Fourth Street, from Basin to Penn Street, adjacent to Lycoming College.

“I was happy to advocate for this project from the very beginning,” Yaw said. “Basin Street is an important entrance to the city and key link to Lycoming College. This project will dramatically improve this corridor as travelers and residents access the college, stores, restaurants and James V. Brown Library, just to name a few.”

Wheeland agrees, citing a potential boost to the economy.

“These pedestrian safety improvements will do a great deal to attract more businesses and shoppers to Williamsport,” Wheeland said. “I look forward to seeing the local economy benefit from this project and am grateful to the authority for supporting our community.”

The project will include the milling of 2,500 square yards of roadway, demolishing the existing curbs, sidewalks, trees, and aged streetlights. It will also include 1,275 of linear feet of curb along with 3,900 square feet of sidewalks, and 3,550 square feet of permanently fixed brick pavers will be installed. The project will overlay 2,500 square yards of the milled roadway and will include a large, stamped asphalt crosswalk. Thirty new trees, 14 new street lights and one trash can will also be installed. The total project cost is $915,693.