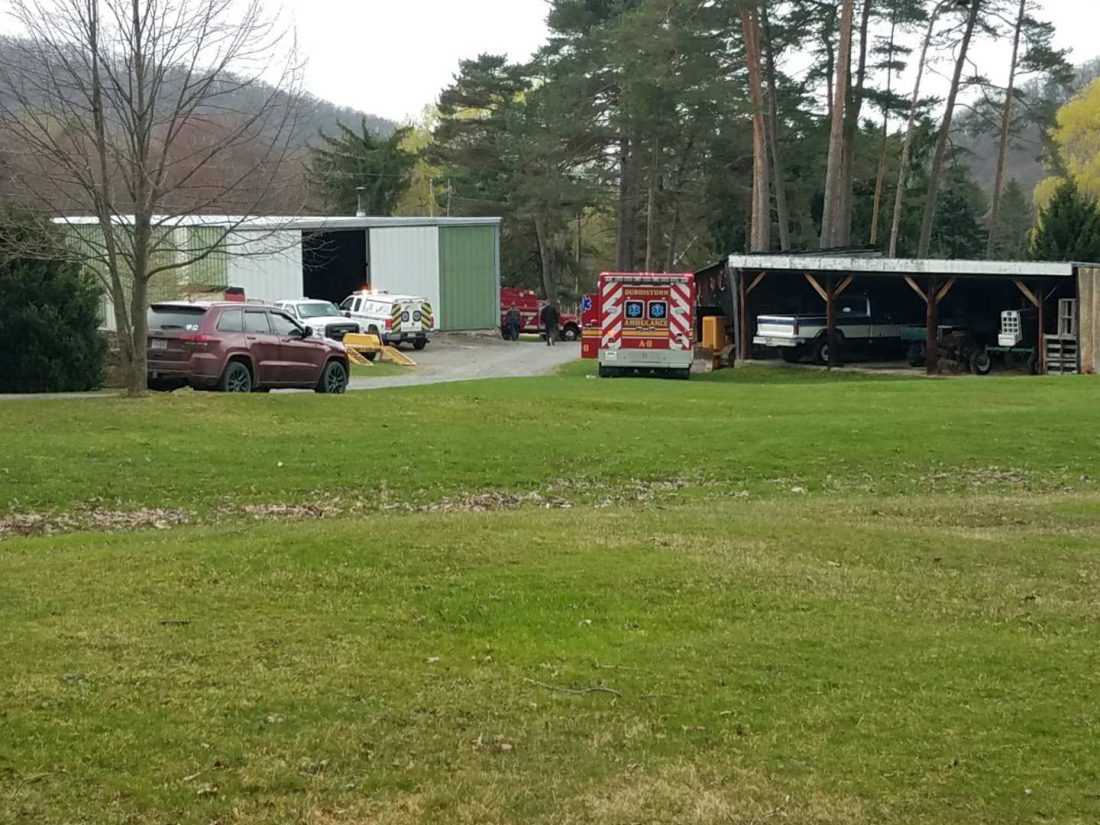 A 65-year-old man was killed Friday morning in a trench collapse that occurred while he was trying to correct a water problem on his property just off of the 5600 block of Route 654 in Bastress Township, according to state police and fire officials.

It took firefighters nearly three hours to safely recover the victim’s body after shoring up the walls around the trench, Nippenose Valley Fire Chief Dean Miller, in charge at the scene, said.

The victim, whose identity was not released Friday night, had already died when emergency responders arrived on the scene, Miller said.

“We were dispatched to a rescue assignment about 10:30 a.m. for an individual trapped in a ditch. It appears that the ditch was at least eight feet deep and about 15 feet long,” Miller said.

“From what we’ve been told, the family was having a problem with their water,” Miller said.

“They were having a water issue and they were digging to find the water line,” Miller said, adding that the victim and a family member were working together to try to solve the problem.

It was believed that a backhoe or a mini-excavator was used to dig the ditch, Miller said.

“While inside the ditch looking for the water problem, a large portion of the wall broke loose and fell on top of the victim, covering him,” state police Cpl. Joseph D. Akers, who responded to the scene, said.

No one actually witnessed the collapse, Miller said, adding that “They (family members) did not know how long the victim was under the dirt. There was a period of time when no one was with him, perhaps 15 minutes or so.”

The first firefighter on the scene “reported to me that the victim was unburied from his shoulders up,” Miller said.

“However, after talking with family members, we soon learned that he had been completely buried and that they had dug enough around him,” clearing dirt from around his head, hoping that he could be saved, Miller added.

“Three firefighters, including one with a stethoscope, briefly entered the ditch with a shovel and assessed the victim, who had no pulse,” Miller said.

Firefighters cleared enough dirt down to the victim’s waist so that when a paramedic arrived with a heart monitor, the device could be attached to the man, Miller said. There was no sign of life, he added.

At that point, the mission changed from a rescue to a recovery, and the firefighters were safely pulled from the trench.

The task force consists of a team of firefighters from Lycoming and Clinton Counties who are specially trained and equipped to handle difficult rescues and recoveries.

Federal regulations stipulate that before a body can be recovered from any collapsed ditch, emergency responders must safely shore up the trench, Miller explained.

“The ditch had to be shored up and stabilized before we could do the recovery,” which took more than two hours and was “very labor intensive,” Miller said.

“We used large pieces of plywood, airjacks and other pieces of equipment for the recovery, he added.

A truck that works like a large vacuum was brought in to remove much of the dirt, Miller said, adding that without it, what was a three-hour effort to recover the victim would have taken much longer.

The victim was pronounced dead at the scene of asphyxiation, police said. His identity was expected to be released later today.