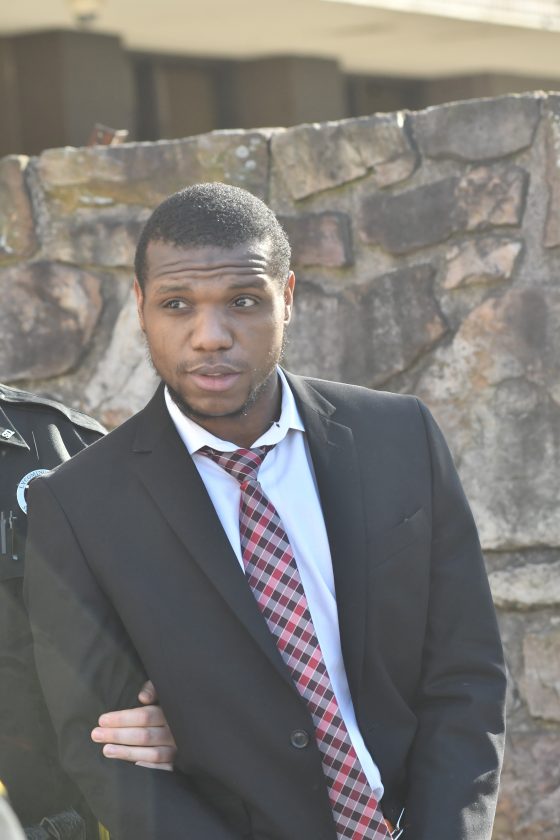 The third day in the trial of Jordan Adonis Rawls covered the police interrogation to ascertain his whereabouts in Williamsport the day and night of Oct. 31, 2016.

That was the date Rawls is believed to have been involved with two other men in the murders of Kristine Kibler, 50, and her son, Shane Wright, 25, following a break-in of their home at 600 Poplar St.

A tape of the interrogation was shown in court with city police agents Trent Peacock and Raymond Kontz questioning Rawls not long after the murders.

Rawls is the second man to face trial in the case.

Joseph Coleman, 37, was found guilty on charges including robbery and second degree murder in February.

The three are believed to have broken into the home to obtain money Wilson needed to pay off a debt.

The long interrogation revealed Rawls repeatedly telling the agents he had gone to the Harvest Moon restaurant on Arch Street shortly before 5 p.m. the night of the killings. He bought pills across the street at an apartment before heading home on Race Street, he said.

He later went to the Shamrock Grille, 762 W. Fourth St.

“On the video, you walked in the store with two people?” Kontz asked. “Who are they?”

Rawls acknowledged that a man he only knew as “Crapp” approached him about buying weed there.

He offered no knowledge of the other person.

Peacock told Rawls they knew he was also not alone when he went to the Shamrock.

“We are showing you photos to let you know what’s going on,” Kontz said.

“You’re not giving us the right answers,” Peacock added. “Right now, you’ve been feeding us a whole lot of crap.”

Kontz asked how he ended up with the same people at the Harvest Moon as he did more than two hours later at the Shamrock.

Rawls was also asked about being picked up in a car along Memorial Avenue while he was walking to the Shamrock.

He said Crapp and a girl were in the car.

Rawls said after leaving the Shamrock he went home and stayed there for the evening.

At one point, he was asked if he would submit to providing a DNA sample.

Rawls was initially hesitant, but agreed to it.