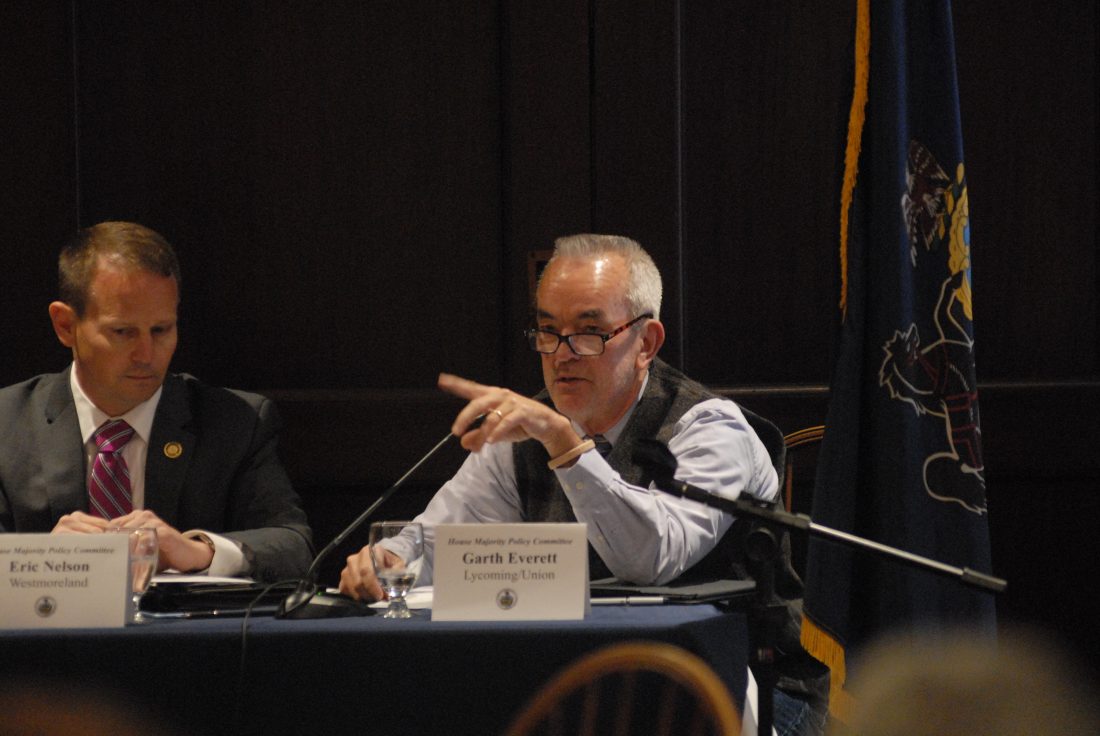 WELLSBORO — Tioga County employers, educators and elected officials met with state representatives in a roundtable to discuss infrastructural improvements to make the county more attractive to business and employees, Thursday.

This comes soon after the state republican caucus finished their tours in relation to Good Jobs for Pa — a package of 15 bills focused on moving more funding to programs that fill much needed positions.

“We know that you have lots of jobs available, and how we fill those jobs with good skilled employees that will stay in and help you achieve what you’re wanting to achieve,” said Rep. Donna Oberlander (R-Clarion/Armstrong/Forest), Majority Policy Committee Chair.

Rural broadband internet is a key component to attracting industry, according Erick J. Coolidge, Tioga County Commissioner, who added that it is often discussed at meetings he attends. Many businesses need internet access to coordinate themselves.

Eric Singer, who said he operates two manufacturing companies, emphasized the importance of rural broadband internet in keeping youth in the area.

“I caution every day that goes by that we don’t have access to cell service broadband, we lose another young person from rural communities” he said. “If we lose our young people, we’re not going to have the communities.”

Rep. Garth Everett (R-Lycoming/Union) said a possible solution would be charge those who live in cities a fee of some kind, related to internet use, and use that money to fund internet in rural communities.

“Where all these resources can go to, and then create an order with all the stakeholders at the table to determine what we should be funding and what we shouldn’t be,” he said.

Keith Kuzio, CEO of Larson Design, said one of the most important things businesses look for when deciding to locate themselves is proximity to a major highway.

He has been working on the Board of Northern Tier Development to upgrade Route 15 to an interstate highway. However, because it does not currently connect to any other interstate highway, PennDOT is less inclined to do so.

Rep. Clint Owlett (R-Tioga/Potter/Bradford) agreed that it’s connection to an interstate shouldn’t be a factor as New York has interstate highways that don’t connect. Oberlander encouraged Kuzio to continue to reach the electorate.

Brenda Freeman, superintendent at Wellsboro Area School District, said that, although a Career and Technical Education program, is infeasible due to staffing and other expenses, she has been connecting her schools with business such as American Airlines.

To connect with more business, Owlett said a part of the Good Jobs for Pa to foster partnerships.