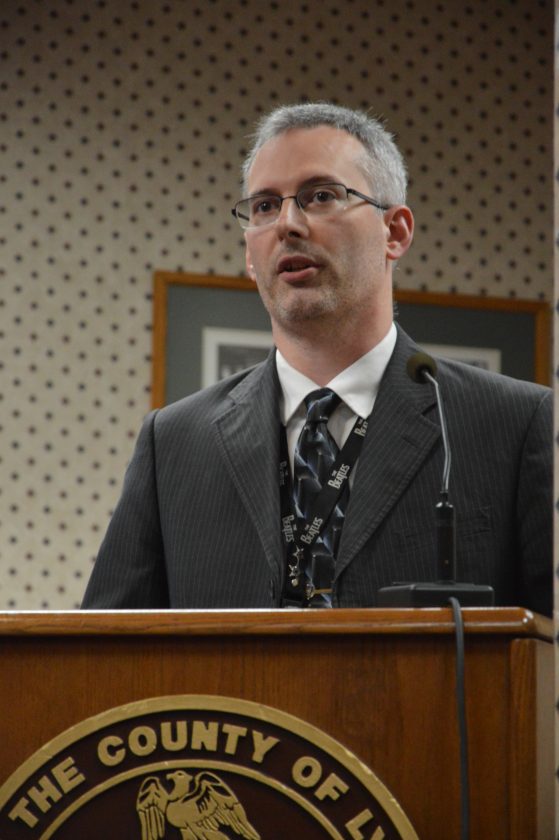 In a contested decision, the Lycoming County commissioners approved a $1,007,896 contract for new voting machines Thursday, which comply with state mandates.

The 2-1 decision will fund maintenance and licensing costs for the 180 machines for five years. Voters will fill out paper ballots, which the machines will scan. This paper trail to reinforce the automatic vote tally program will make the system resilient to voter fraud or hacking.

Ensuring voter intent, however, is not the most immediate problem facing citizens, Mussare said, and the state is mismanaging its focus.

“As our borders are opened up and we’re being inundated with illegal immigrants, here in Lycoming County we had one person who was voting for several years who is not a citizen of the United States,” Mussare said.

Though this individual is an exception, admitted Mussare, it’s an alarming occurrence for a rural community, and following this logic — more urbanized areas of Pennsylvania must have a much higher rate.

“One of the most precious rights I have as a citizen is the right to vote, to make sure that my vote counts and only the votes of United States citizens (count),” Mussare said.

Lehman said the voting systems are not designed or able to address concerns regarding the voter eligibility. In fact, by the time an individual comes to the voting ward, “those questions have already been addressed and resolved,” he said.

If the voting system were hacked, or data were corrupted — with or without outside pressures — the county would not have to invalidate the election or nomination.

“There are many questions out there in the media, in academic circles and elected officials about whether our old voting systems are vulnerable to those kind of issues, and if so, to what extent,” said Lehman. “What the new system will get us is an independent paper record. Regardless of those questions, now you have that voter verifiable paper trail.”

The future voting format is unclear and hard to predict.

“I think our nation is still having a conversation about what role technology will play in elections,” he said.

Since the 2000 presidential election where concerns were raised about a counter-intuitive paper ballot design in Florida — which is argued by some to have lost Al Gore the presidency — the national trend has been to move towards computerized ballots.

However since the 2016 presidential election, “you see the pendulum swinging the other direction, try to find some balance of a paper record that cannot be electronically manipulated but is still inter-meshed with technology and all the benefits the software can deliver,” said Lehman. “The system that we’re looking at right now probably represents the best balance of technology and paper that we’ve been able to arrive at.”

Lycoming County Voter Services will move to install the voting machines in time for the November election to allow voters and poll workers to adapt before an expected high-volume 2020 presidential election.

In other business, the commissioners:

• Approved a lease extension between the Historic Franklin School Properties LLC and the County of Lycoming for an additional two years in the amount of $1,922.09 per month to house the offices of District Magistrate William C. Solomon.

• Approved an Agency Service Agreement with PayGOV.US LLC for a payment processing system for Government agencies to allow the county prothonotary to accept online payments.

• Approved the purchase agreement with PA Chiefs of Police and DataWorksPlus to provide livescan fingerprint stations and digital arrest photo equipment and maintenance for $34,000.

• Received a $59,727 refund check from the Security National Insurance Company due to a lower than estimated payroll expenditure.

The next meeting is slated for 10 a.m. Tuesday in Executive Plaza, 330 Pine St.