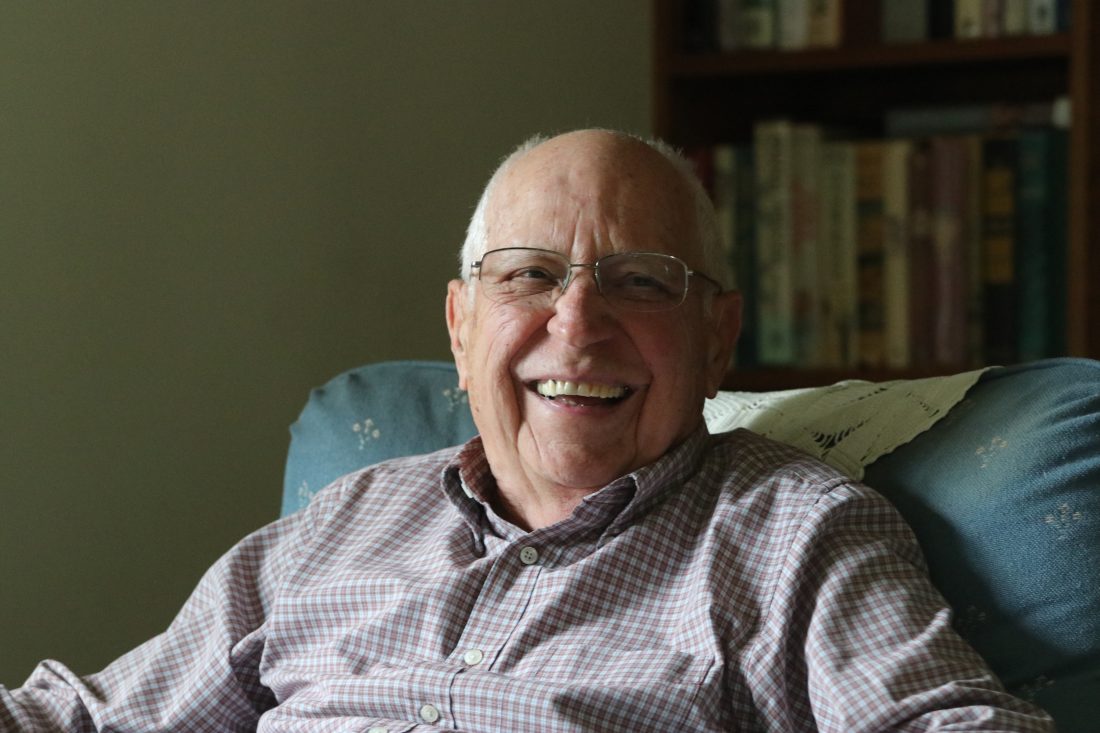 Hank Knaus left the farm at age 18 to join the U.S. Army.

“I volunteered because I couldn’t afford to go to college,” he said.

It was 1948, three years removed from the end of World War II, and the kid from Tioga County was about to see the other side of the world.

After basic training in Camp Breckinridge, Kentucky, he was trained to be a clerk and eventually shipped out to Japan.

Knaus, 89, of Loyalsock Township, fondly recalled his days serving in the Land of the Rising Sun.

At the time, the war-torn nation was still occupied by the United States.

“One of the things I really remember was a terrible typhoon,” he said.

Meanwhile, the Korean Conflict was looming and Knaus soon found himself in combat training when he wasn’t doing his office work.

He transferred to Osaka in 1950 and was assigned to the signal office at the Army base there.

“It (work) was anything to do with the phone system,” he said.

Eventually, he got orders to go to Korea where he figured to perhaps see combat, but an attack of appendicitis which developed into a virus infection canceled those plans.

He ended up staying put in Osaka and serving out his time there.

“The most difficult thing I had to do over there was helping take kids off planes,” he said.

The kids were young wounded American soldiers arriving in Japan.

The images, he said, continue to haunt him..

“The worst thing I saw was Hiroshima,” he said.

The devastation left from the U.S. atomic bomb hitting the city in August 1945 was still apparent several years later.

“Two buddies and I went there by subway,” he recalled. “The destruction you couldn’t believe.”

Otherwise, Knaus said he enjoyed being in Japan and working with the Japanese there.

One day, he saw Gen. Douglas MacArthur pass by in a jeep.

Knaus recalled that MacArthur was feared and revered by the Japanese

While in Japan, Knaus took up golf, a game he enjoys to this day.

Knaus was sent back to the states in 1952 and discharged from the military at Fort Indiantown Gap, leaving the Army with the rank of master sergeant.

“They talked to me about going to West Point or becoming an officer,” he said. “I didn’t want to stay in.”

He went to Lycoming College on the GI Bill to study accounting where he met his wife, Joan.

The couple have been married 64 years and are the parents of three children.

Knaus was employed for many years with Sylvania GTE at different locations and later as a cost manager with Shop Vac, Williamsport.

These days, he and his wife enjoy playing bridge and hanging out at their Pine Creek retreat near Cammal.

“It all worked out great,” Knaus said. “We are lucky to spend a lot of time at Pine Creek.”

Looking back on his military days, he said he learned discipline.

“I think everyone should go in the service,” he said.