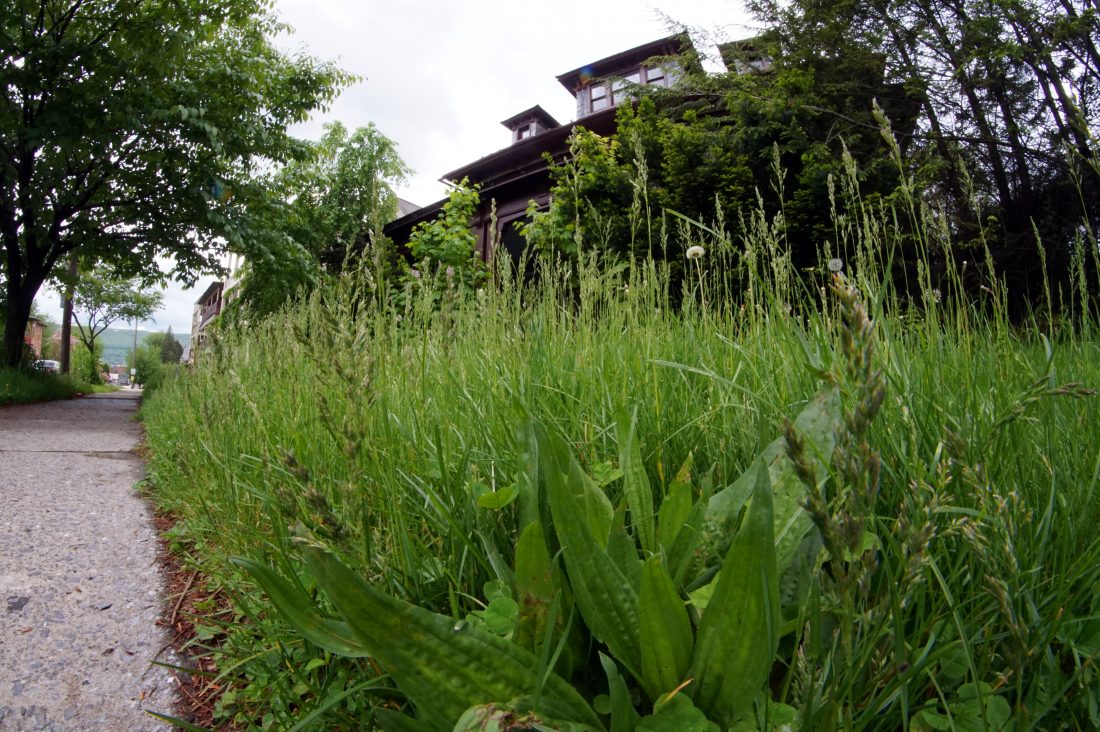 KAREN VIBERT-KENNEDY/Sun-Gazette A home with high grass in the front yard at the corner of Market Street and Rural Avenue on Friday. Homeowners in the city have recently been cited for high grass.

After 90 door tags recently were handed out to city property owners warning them of high grass ordinance violations, city Bureau of Codes officials said they are preparing to issue citations in accordance with city law.

Rain throughout April and May has caused a spurt in grass growth not seen in recent years, according to Joseph Gerardi, city codes administrator.

Trouble is, the city codes enforcement ordinance, which is readily available to read at the office or online through American Legal Publishing Corp., specifies the grass and weeds ordinance terms.

The growth of grass or weeds above the height of six inches or accumulation of garbage and rubbish and other debris is considered a nuisance, he said.

If the property has high grass or overgrowth of weeds and the written notice has been received, the owner of it has five days from the issuance of the notice to get it cleaned up, he said.

If that doesn’t happen, the city can have the grass and property cleaned up and the owner billed, according to the ordinance.

These costs can add up. The price of non-removal, fines and penalties may be entered by the city as a lien against the property, he said.

Whoever violates any provision will receive a fine not less than $10, nor more than $100, for each offense or imprisoned not more than 30 days, or both, he said. Adding to that, each day the violation continues will be a separate offense, he said.

Enforcement officers aren’t out to make money, but to enforce the laws on the books, Gerardi said.

Most of the officers are easy to work with if there is a promise of compliance but there are also penalties that come from neglect, he said.