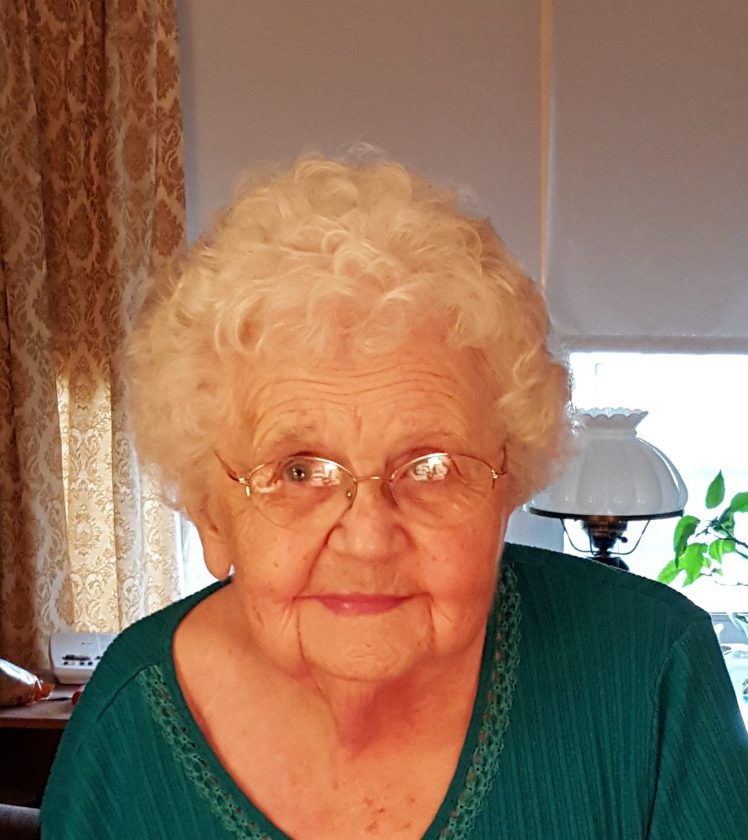 Lucy Ann Stroup, 96, of Valley View Nursing Center, Montoursville, passed away peacefully on Monday, May 13, 2019, at the Gatehouse.

She was born on Oct. 8, 1922, in Pennsdale, the daughter of the late Grant Monroe and Mary Winner (Fry) Bussler. She was named after her paternal grandmother, Lucy Ann (Gordner) Bussler.

Lucy married Jack Donald Stroup on Dec. 20, 1941, and they had four children. They moved to Pennsdale and built their house. Lucy’s husband, Jack, died in 2003 at the age of 83.

Lucy worked hard to raise her family. She hosted many an occasion and did it all herself. She was an avid gardener, planting and taking care of flowers growing outside her home and inside as well. Her flower bouquets rivaled any found in a florist shop and she gifted many to her family and friends. Lucy’s grandchildren continue to grow her plants in memory of her.

Everyone she touched was lucky to know her. Anyone who sat at her table was sure to get something good to eat.

Lucy was an active member of St. Paul Calvary United Methodist Church and a member of the Pennsdale Quaker Meeting House, Pennsdale.

In addition to her husband she was preceded in death by two children, Mary Ruth Mull and Barbara Wertz; three sisters, Peggy Hall, Polly Gerstner and Barbara Conley; two grandchildren, and one great-great-grandson.

Lucy was Mother, Grandmother, Aunt and Cousin – loved by all. No one will ever forget “Grandma Ann.”

A funeral service to honor the life of Lucy will be held 11 a.m. Friday, at Knight-Confer Funeral Home, 1914 Memorial Ave. There will be a viewing from 10 a.m. until the time of service.

Burial will be at the Quaker Meeting House Cemetery, Pennsdale, at the convenience of the family.

Online condolences may be made to www.KnightConferFuneralHome.com.