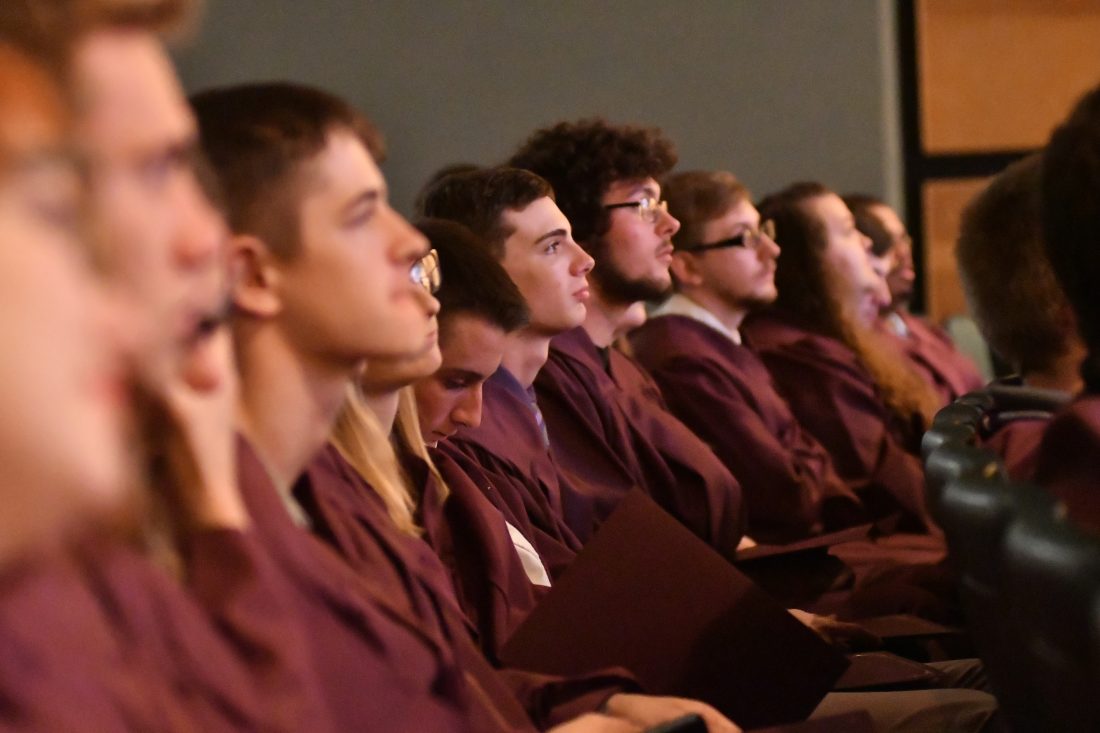 HUGHESVILLE – The first class of the Lycoming Career and Technology Center “born completely in the new millennium,” according to Eric W. Butler, executive director, was honored at a Senior Ceremony Wednesday night at Hughesville High School.

“Imagine what they’re going to see,” he told the crowd of families and friends that packed the auditorium to celebrate the students’ achievements.

He compared the changes experienced by those born in early 1900s with what the students will know in their lifetime.

“Today those changes seem slow, even glacial, compared to what’s happening today and what these kids are going to face when they go in to this new world,” he added.

Key note speaker Rep. Garth Everett, R-Muncy, praised the students for the path they have chosen by attending Lyco CTC.

“I love to be here with friends and parents and those who are seniors and moving on because everybody here is so squared away. They’re hard workers. They know what they want to do and they’re headed in the right direction,” Everett said.

He urged the students to stay in the technical field.

“These young folk who are going to be moving out of high school today are moving into a great environment for them. …There are employers out there that are looking for these young folks to go to work right away. Or, if they’re choosing to go on to get a two-year certificate or a four-year degree, hopefully you’ll stick in the technical area because that’s where the jobs are. That’s where the lack of job applicants are,” he added.

Over 90 students from area high schools were honored with the presentation of certificates at the event. They represented the following areas of study: automotive technology, computer systems, construction technology, criminal justice, culinary arts, drafting and design technology, early childhood education and health careers.

Brianna Girardi, East Lycoming School District, and a student in the Early Childhood Education program was honored with the Student of the Year Award.