Many locals proud to be among the audience 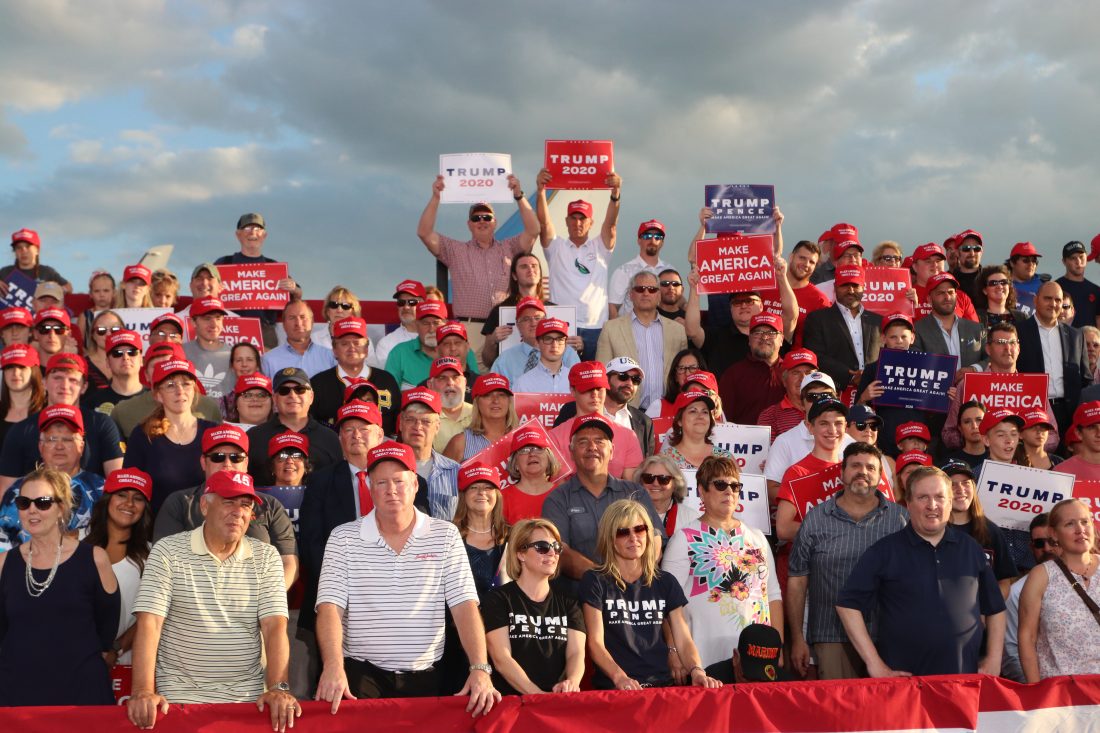 Supporters of President Donald J. Trump found some common ground with him and Republican Fred Keller, who is seeking the vacated seat of retired Congressman Tom Marino.

Many of those who attended the Trump visit at the Williamsport Regional Airport Monday night were from the farm country of Lycoming County and surrounding areas.

“I’ve never been to one of these,” said Brian Shively, a Mifflinburg tractor repairman.

Shively comes from the area where Keller grew up attending the West End Fair and doing hard labor on the farm.

The president labeled the Penn State professor as a “socialist,” and admonished the cheering crowd to go Republican in the special election today.

“It was beyond comprehension,” said Gregory A. Foresman, a retired former Williamsport police chief in the audience for the night to support the president.

“If you were not here you missed one of the best speeches I have heard in a long time,” Foresman said.

Veterans for Trump were scattered throughout the audience and in the hangar in front of the podium.

“He speaks and he isn’t a regular politician,” Grove said of Trump.

The set up to the event was as much a spectacle as the speeches themselves.

Kelly Ann Conway took photos with supporters in the hangar.

The American flag, the one that flies above the city during Fourth of July, was hauled in place by Allison Crane and Rigging.

The president landed and the sight of Air Force One to the sounds of AC DC’s “Thunderstruck” only whipped the crowd, which was spilled out on either side of the hangar into a frenzy.

Trump Jr. and his father showed their patience and care when about five individuals were overcome and required medical assistance.

The exit was organized, with thousands boarding buses to go back to the Lycoming Mall.

A slight breeze fell over the airport as the droves walked out many with smiles on their faces, as if they went to a concert or saw an action motion picture.

Trump has been testing a new phrase — Keep America Great — which passed the litmus test as people roared with their approval for what likely will be the president’s slogan heading into 2020.