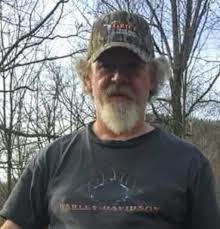 MILL HALL – State police are looking for a man who allegedly stabbed a woman to death in her Lamar Township home late Friday afternoon.

An arrest warrant has been issued for Timothy Alva Neff, 56, of 2194 Long Run Road, Mill Hall on charges of first degree murder, criminal homicide, and aggravated and simple assault.

Neff is accused of stabbing Agnes Rae Neff, 62, at the residence before fleeing the home in a pickup truck, police allege.

Police said the stabbing occurred in the course of an argument between the two.

William Neff, 69, was injured while trying to intervene.

Agnes Neff was pronounced dead at the scene by the Clinton County Coroner’s office.

He is described as 5 feet, 10 inches tall, with hazel eyes and gray hair.

It is unknown if Neff is armed.

Anyone with information regarding his whereabouts is urged to call 911 or contact state police at 570-726-6000.