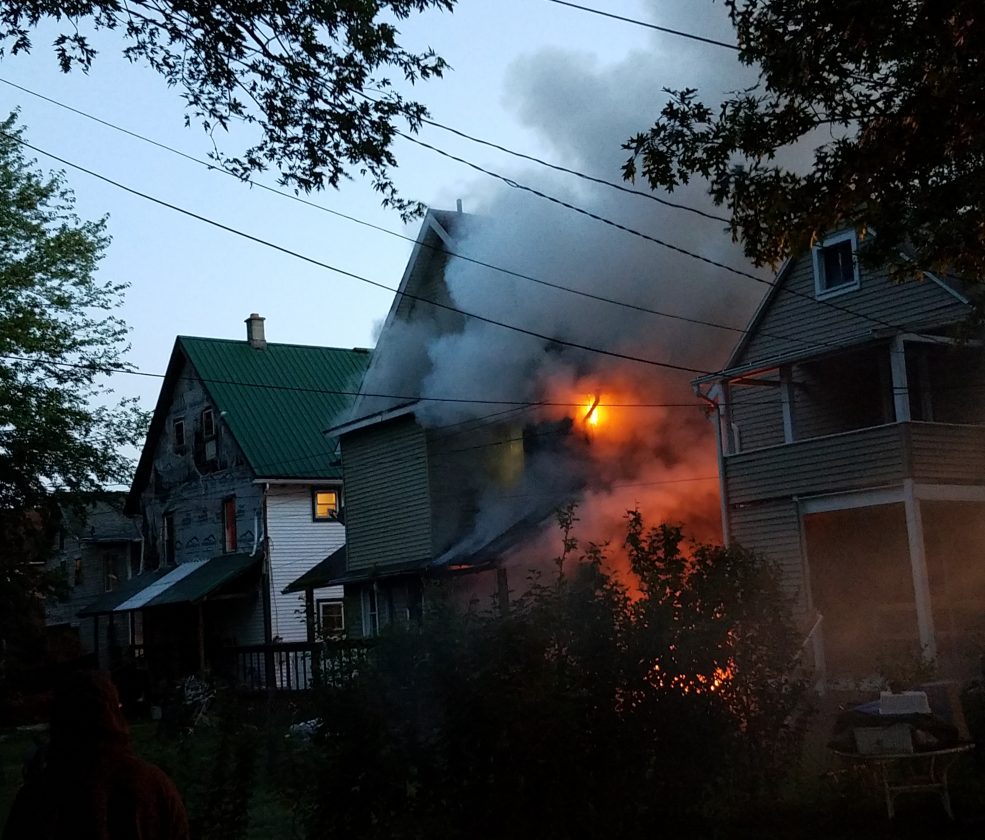 A dozen people, including several children, were left homeless Saturday following an early morning house fire on Scott Street that was caused by unattended cooking, according to city fire Platoon Chief Sam Aungst.

The fire broke out in the kitchen at the rear of Stephanie Davis’ home at 1525 Scott St. about 5 a.m. Aungst said.

Someone was cooking and briefly walked out of the kitchen, he said, adding that flames from the top of the stove started to spread to overhead cupboards before the fire was discovered.

Davis and all other occupants safely escaped the fire on their own, Aungst said, adding that the woman lived in the house with several grandchildren. A total of eight people live there, but a couple with two children lived on the other side of the double at 1527 Scott St., and they too were displaced by the fire Aungst said.

He did not release the couple’s names.

“The fire was rolling around in the kitchen, pushed out into the dining room and started to spread to the second floor even before firefighters were on the scene,” Aungst said.

Heavy fire was engulfing the back of Davis’ home when firefighters pulled up at the scene. After donning self-contained breathing apparatus, a pair of firefighters carried a hose through the front door and attacked the fire.

A second alarm was ordered, bringing Montoursville firefighters to the scene. It took 40 minutes before firefighters could get control of the fire.

Damage to the home was estimated at least $40,000, Aungst said. There was minimal smoke damage to the adjoining property, but it was unknown if and when the family of four would be able to return to the 1527 side.

Davis and the couple rented from Jeff Hoyt Jr., of Williamsport. While the owner had fire insurance, the tenants did not, Aungst said.

No one was injured in the fire, but a neighbor who has a respiratory problem experienced some difficulty breathing apparently breathing in the smoke while watching the fire. The neighbor was taken by ambulance to the hospital to be checked out.

This was just latest of a string of serious city fires in the last 18 months that were caused by unattended cooking. If you are doing any cooking at all, don’t leave the kitchen because one can easily be distracted by something after walking away, fire officials warned.