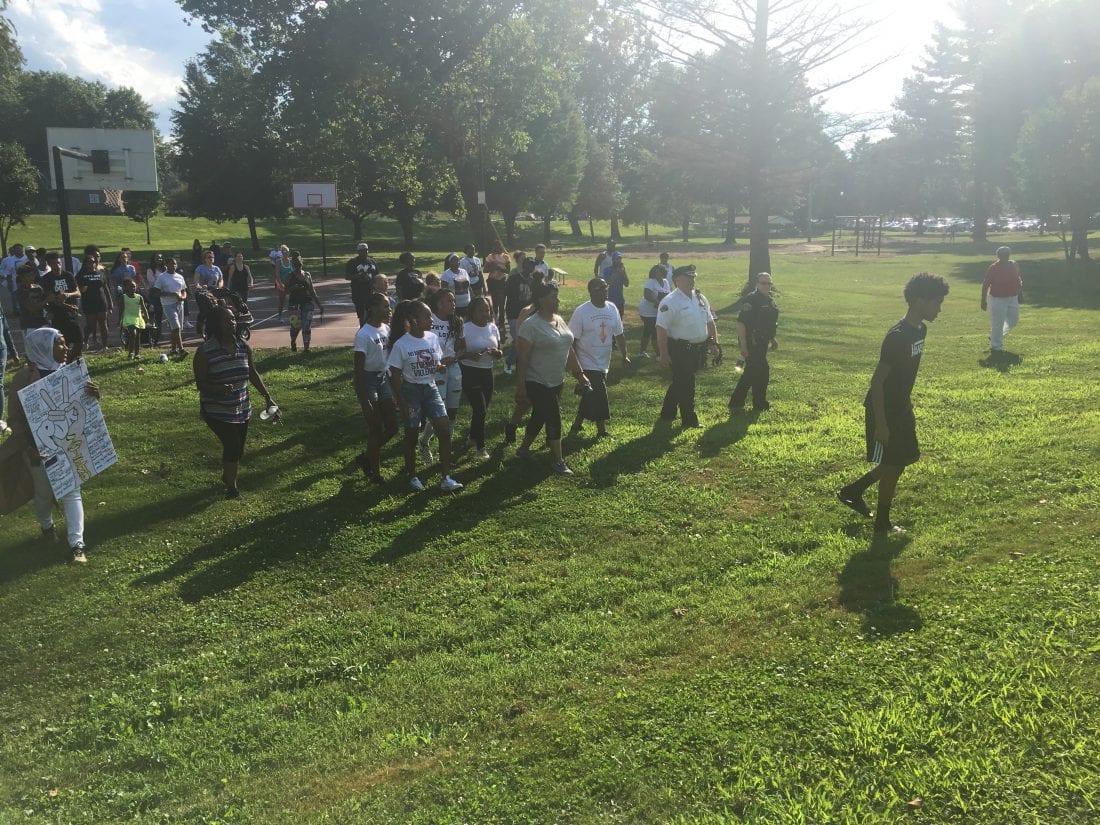 Friends, family and Williamsport locals gathered at Memorial Park to peacefully walk down Memorial Avenue to Firetree Place on Campbell Street in a joint movement against the violence that has recently happened in the area and nationwide.

Jessica Brown, a former graduate of Williamsport Area High School, organized the walk alongside Dalesha Walker and Shenique Coats for Sunday evening. Crowds started to gather and talk as they patiently waited to hear the plan for the night. Just before 5:30 p.m., Brown called the mass of walkers – around 50 people – to meet and join hands for a prayer and speech.

With cheers, claps and tears, the walkers headed up to Memorial Avenue to walk in remembrance of those who were lost due to acts of violence in the city recently.

Kevin Garrett, of Williamsport, was among those walkers who had a connection to 16-year-old Ayliem Coleman who was shot and killed early Tuesday morning on Market Street. He was there walking in his honor with friends and family who all were sporting clothing with notes of love and support for the family and those who were lost.

“I’m doing this for my godson,” Garrett said. “He was a victim on Market Street. We need to stop the violence seriously. There’s too many kids getting hurt.”

Brown, who was also connected to the teen, was devastated about the loss and knew that taking action was just the first step that Williamsport needed to take in order to make a change.

The streets filled with smiling walkers, kids on scooters and a car that had signs taped to both sides. City police officers also walked in the march to ensure the safety of the peaceful movement.

Claudia Perry, of Williamsport, also walked with a sign of the Statue of Liberty hugging a woman of color, celebrating the beautiful message that those walking are working to portray.

“There’s too much hate being fostered by important people that should be doing something about it,” Perry said. “There should be people taking a stand on it.”

Perry has done many marches, including ones for immigration and health care; this was different because of her own personal impact with the recent Market Street shooting.

When the march reached the end on Campbell Street, the walkers shared memories about the teen that was shot. Brown was very clear with her intentions on the walk as she left the walkers with one last statement before the march.

“This isn’t just a walk, it’s a commitment,” she said. “This is just the first step. You need to take a stand when you see something, you can’t just sit back.”