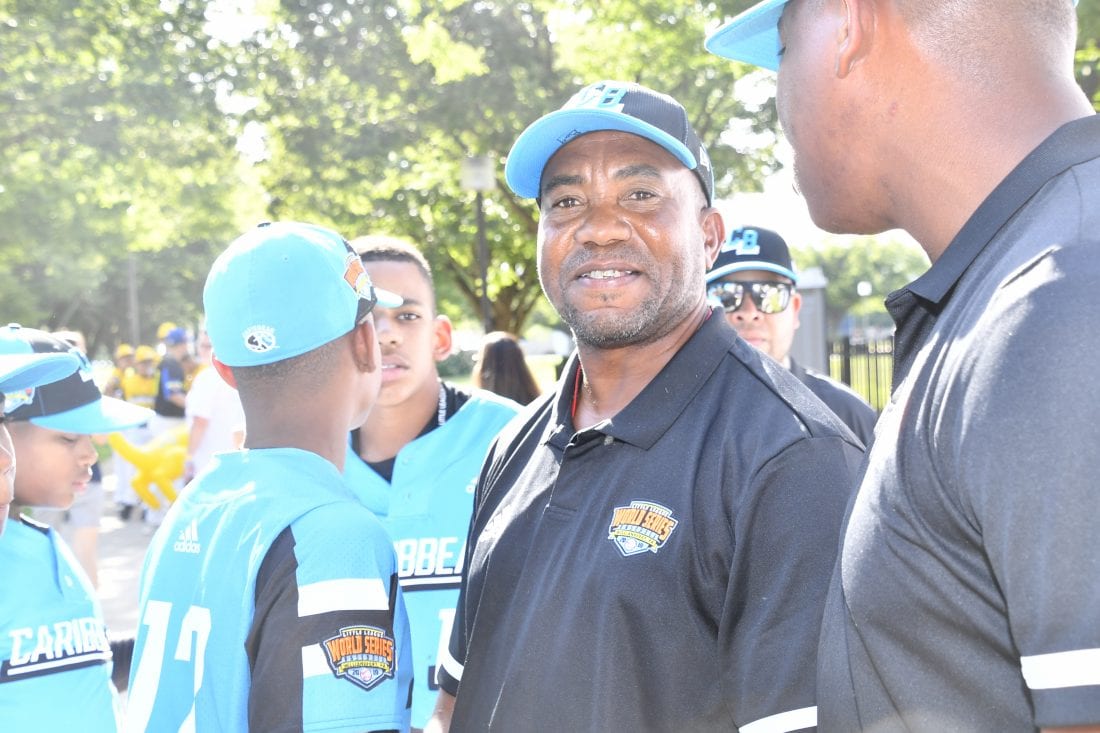 When Little Leaguers from around the world arrive in South Williamsport to represent their regions, that first glimpse of Lamade Stadium from the top of the hill is special.

With wide eyes, mouths slightly open and breathing paused perhaps, they take in the view, recognizing that against the odds they are here and the dream is reality.

Edmar Cornelia, a coach with the Caribbean Regional champions of Pabao Little League of Willemstad, Curacao, was 12 years old in 1980 when his team, also from Willemstad, arrived to play in that year’s Little League World Series.

Standing on the hill 39 years later and looking around, Cornelia was amazed at all the changes.

There was only one stadium then, the coach said, referring to a landscape with no Volunteer Stadium. A memory of the pool popped to the surface to prove he was in the same place as the youngster he used to be.

Ping Pong in the old recreation hall was as popular as it is for players today, and the dining hall also looked familiar.

“The food was all-you-could-eat,” Cornelia recalled.

Though 12 when he arrived in South Williamsport, Cornelia remembers celebrating his 13th birthday with a party on Aug. 15, 1980.

Back in the those days, a Little Leaguer born after the cutoff date very early in August would start playing a year later than a friend born just before or on the cutoff date.

Cornelia played in the whole tournament as a 13-year-old. The age eligibility calendar has since been adjusted to coincide with the calendar year and all players today are all 11 or 12 years old through the end of the Series.

1n 1980 the late Willie Stargell, power hitter for the Pittsburgh Pirates and future Hall of Famer, flew in on a helicopter, said Cornelia. Stargell was on the scene to do color commentary for ABC, and his ride made an impression on the young player.

The coach noted that when he played Little League, the players only played one position. He was the team’s first baseman.

“It was a dream come true,” the coach said of his first trip back to Williamsport, after years of watching the Series on television.

Back home, the coach is an engineering supervisor for a company that builds community homes.

Cornelia noted that the most important lesson the players are taught through baseball is respect.

“If we lose, we lose fighting,” he promised of the team’s tenacity.

Manager Michaelangelo Celestina, a process operator at a refinery back home, is no stranger to the Little League World Series. He has brought his Curacao teams to the world stage for seven consecutive years from 2002 through 2008 and served as team trainer in 2009.

They reached the final again in 2005, but lost to Ewa Beach Little League, Hawaii.

“I am glad to be back again in Williamsport,” he said.