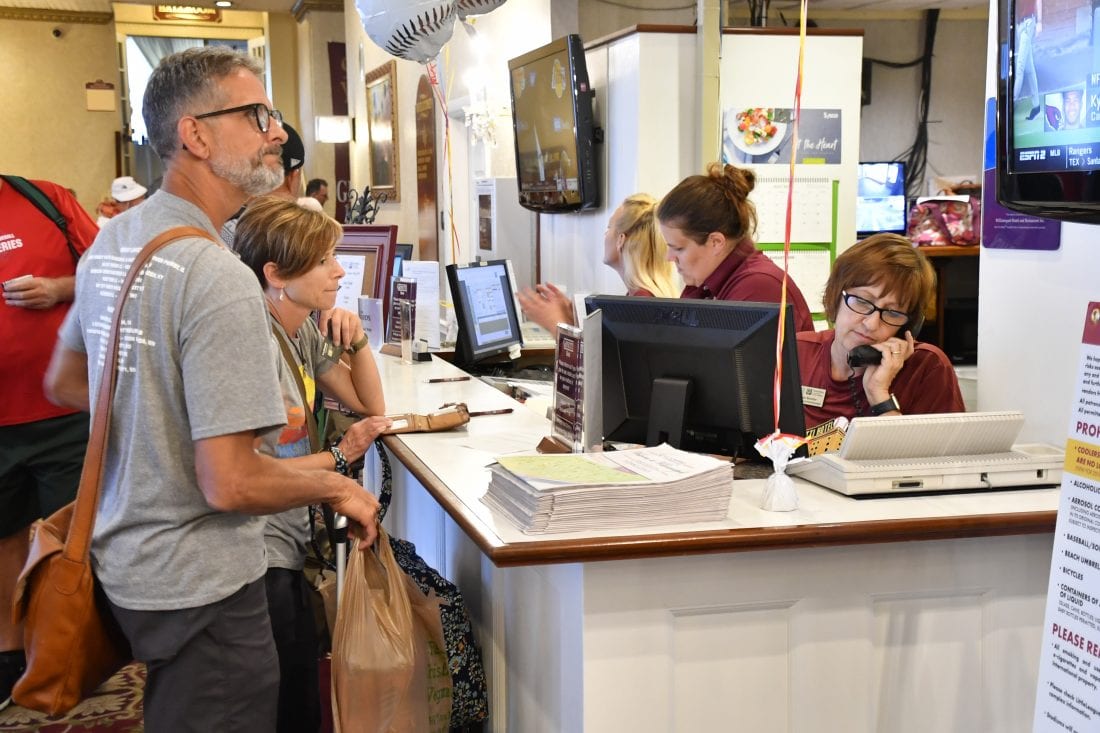 It goes without saying that the Little League World Series each August shines a national spotlight on Williamsport, South Williamsport and Lycoming County with visitors from all corners of the world descending upon the youth baseball capital.

The more than weeklong event bringing teams to Lycoming County from foreign nations and throughout the U.S. also means a boost in the local economy.

“Hotel occupancy is strong, which means more people staying from out of town,” said Jason Fink, Williamsport/Lycoming Chamber of Commerce president, earlier this week. “The restaurants and businesses should see more business.”

Fink said Little League can be expected to pump about $32 million into the region.

“We are the first one (motel) to get filled. The only reason why is because we are right across the road from Little League,” he said.

Patel said earlier this week he had few rooms available, but was booked for the two weekends of the Series.

He said his staff takes extra measures to ensure that rooms are comfortable and amenities are in place.

“We have an outdoor pool that we make sure is maintained. We take a lot of pride in everything,” he said. “We create a gift basket to welcome guests and teams.”

Patel said many rooms are booked up to a year in advance of the World Series.

He enjoys meeting the many people from the foreign nations.

“We just try to make sure we are staffed and ready to go,” said Nicole Iannarino, manager of Candlewood Suites in Williamsport.

She said the motel was booked for weekends of the Series and will likely be filled up other days.

“It’s always nice to meet people from the other countries,” she said.

Kepah Sheph, manager of Budget Inn, Williamsport, said there were no vacancies at his motel the first week.

A number of people booked rooms early and others have called the motel needing a place to stay immediately.

“We have some rooms next week,” he said.

Fink said the downtown Grand Slam parade held every year to kick off the Series brings people to the area even earlier.

“There are people who want to get the full effect of the Little League experience,” he said. “The city comes out and puts the best shine it can on the community.”

This year’s parade included the usual showcase of floats including all the teams of the Series, as well as Baseball Hall of Fame pitcher Randy Johnson, who served as grand marshal.

Other big added attractions include Williamsport Welcomes the World held downtown near the end of the Series.

“It’s an off-day from the Series,” Fink said. “We may get people who might otherwise go somewhere else.”

The Major League Baseball Little League Classic, launched in 2016, offers the opportunity to see big league teams in action at Bowman Field. This year’s game, to be held tonight, is between the Chicago Cubs and Pittsburgh Pirates.

“It definitely makes the weekend even busier,” Fink said. “The Cubs playing helps. Some people just want to come into town to see one of the players or possibly get a ticket, even though they understand they are few and far between.”

Teams in the Series from nearby states often translate to many family members, followers and fans traveling to Williamsport.

This year, teams from South Riding, Virginia, and Barrington, Rhode Island, are in the Series.

“I am anxious to see what kind of following Virginia has. It’s a major metro area. So you could see a good number of fans from there. Also Rhode Island,” he said.