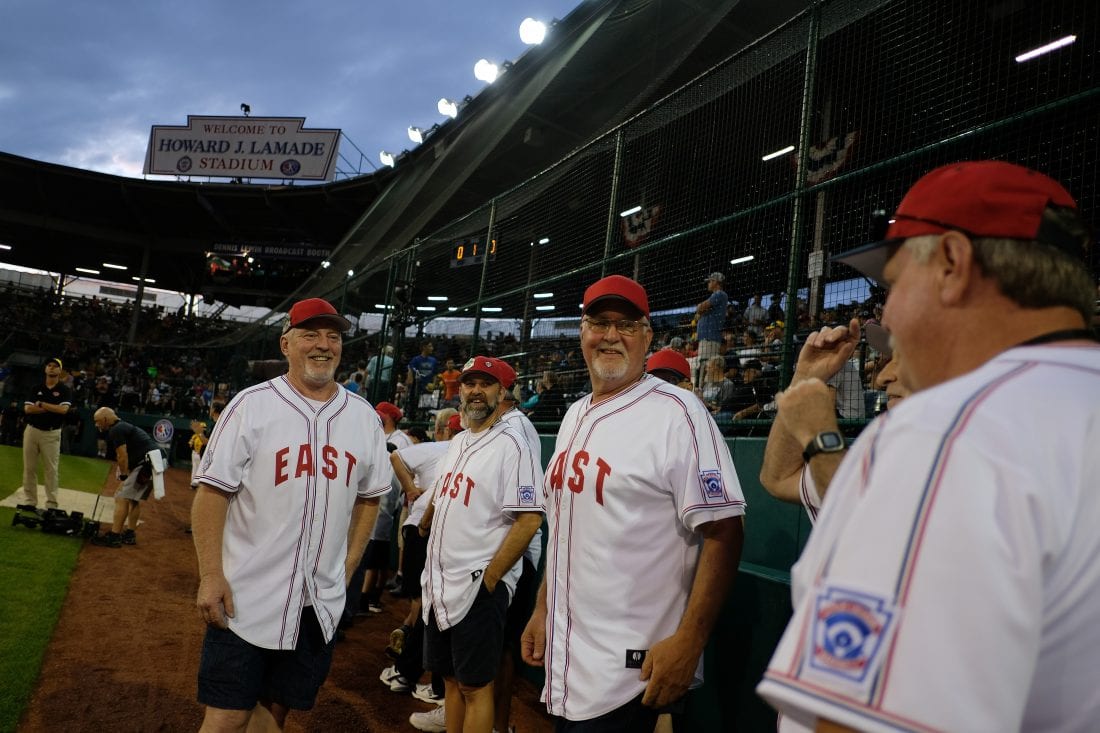 It’s been 50 years since the 11 and 12 year olds from Newberry Little League worked and played their way to the Little League World Series to represent the East.

Notably, they are the last team from Williamsport to accomplish that feat and the only one in the modern era.

The team, led onto the field by Dugout, looked ready to play, wearing red caps and bright white jerseys with “East” emblazoned in red lettering across the chest.

One by one, as their names were announced, each stepped forward to doff his cap to the cheering, appreciative crowd.

Matt Kreamer, the last player to step forward, was pinch hitting for his dad Steve Kreamer, the team’s first baseman, who passed away in 2014.

While the 1969 team might be older and wiser than they were 50 years ago, they’re still kids at heart.

Team members appeared in the Grand Slam Parade and even found a moment to get back onto Lamade Field to throw the ball around.

Still, if the 1969 players could take the field against today’s teams, Sechler thinks “we could hold our own decently.”

He explained that their late coach, Fred Heaps, “drilled us so well on fundamentals.”

When the former teammates got together at Sechler’s home, they rehashed the past and “picked at each other,” he said. “It was fun.”

“Little League was really instrumental in making the reunion a success,” Sechler noted. “This is like the final act in a play.”

Laughing, he added, “if there’s a 100th anniversary, someone else will have to host it!”

Lyco cruises to a win in men’s basketball