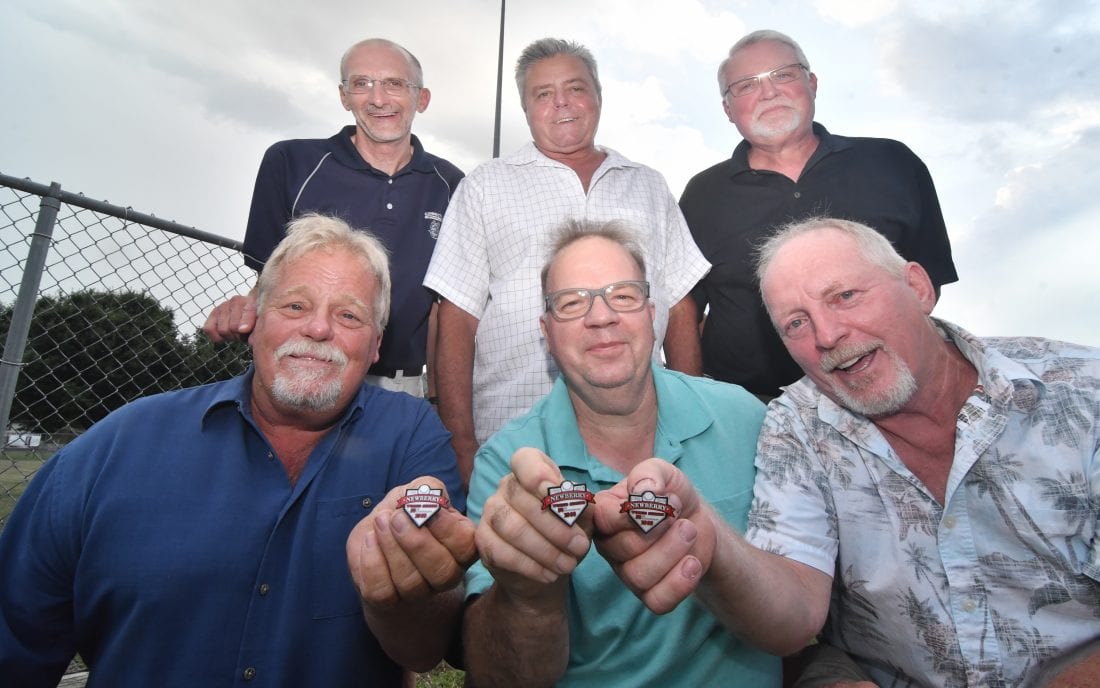 A special pin commemorating the 50th anniversary of the Newberry Little League’s competition in the 1969 Little League Baseball World Series is among six new pin designs the Williamsport Sun-Gazette is offering for sale this year.

“The 50th anniversary is very special and the Sun-Gazette is honored to help commemorate it,” said Sun-Gazette Publisher Robert O. Rolley Jr. “There is a tremendous amount of excitement and pride in town as the players and their families come in for a reunion and to be honored during the World Series.”

All of the pins will be available for sale at the Sun-Gazette office at 252 W. Fourth St. in downtown Williamsport each weekday beginning at 8 a.m. Monday, continuing through the World Series.

The new Sun-Gazette pins are priced from $5 to $10 apiece.

In fact, 72 Little League pin designs dating back nearly a decade are in circulation.

“This will be the ninth straight year we will be offering pins,” Rolley said.

In addition to the new pins, the Sun-Gazette will have a surprise grab bag of five pins from past years for $10.

Miller said the newspaper becomes a busy place at World Series time, with many people showing up to buy pins at the local community newspaper.

“We have had lines on that first Monday waiting to buy the pins,” Miller said.

Once again, different pins will be on display at the Sun-Gazette for visitors.

Rolley said people who buy pins can receive a copy of the Sun-Gazette.

“The Sun-Gazette uses proceeds from the pin sales to invest back into the community by supporting nonprofits and booster clubs,” said Rolley.