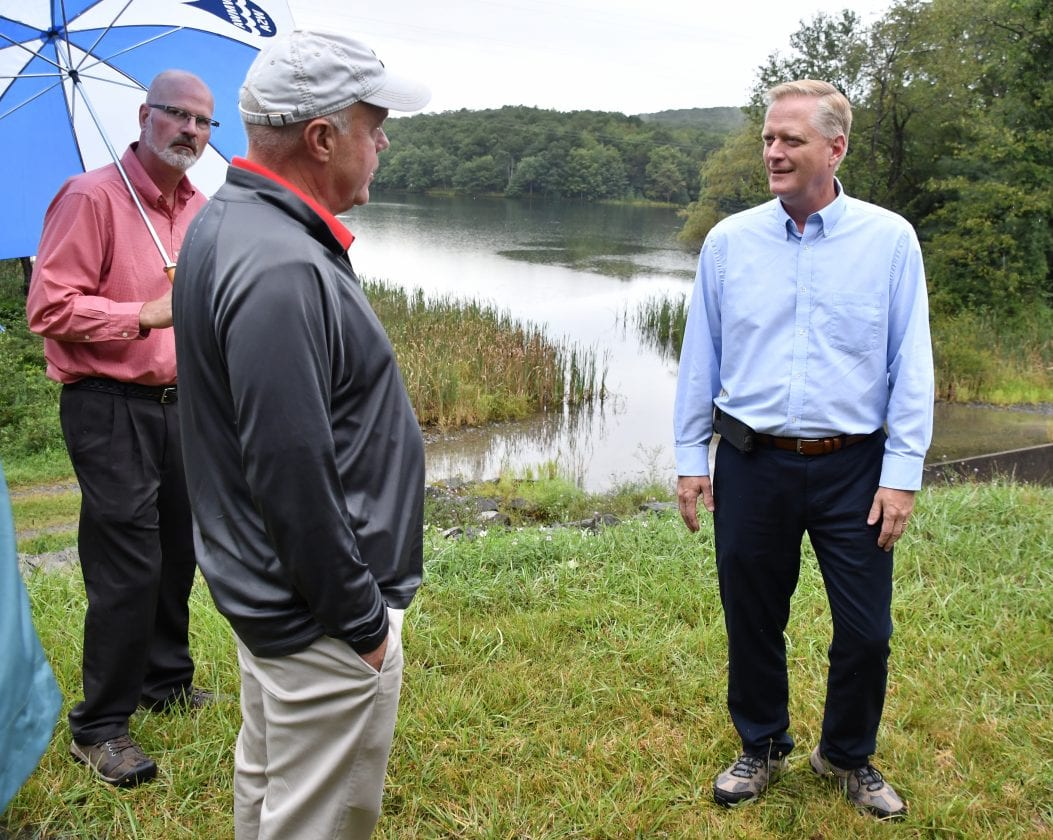 A federal lawmaker toured an important reservoir and dam Wednesday.

Fred Keller, R-Kreamer, walked along the path of the Frank E. Heller Dam, at the headwaters of Hagerman’s Run in Armstrong Township. The run flows into the West Branch of the Susquehanna at South Williamsport.

The dam, which was built in 1975, needs to be repaired in spots. The Williamsport Municipal Water Authority, which owns the dam, is seeking about $222,000 in a grant through the Federal Emergency Management Agency for engineering costs.

Through a swarm of gnats and mosquitoes, Keller spoke with state Rep. Jeff Wheeland, R-Loyalsock Township, who also was on the tour, and promised he would not allow its further degradation without giving an effort to get the necessary grant funding.

“That’s been our message in Washington, D.C.,” Keller said. “Let’s get to work on things that will improve the lives of people.”

If the grant arrives, and word could come by next month, the authority would contribute $120,000, or 35 percent to match.

The dam holds back hundreds of thousands of gallons of water, which is used by 51,000 authority customers.

Over the past 10 years, regular inspection has documented the dam has settled about one foot since its installation in 1975.

It also has a spillway that leans and equipment that no longer properly measures water pressure, authority personnel told Keller, who peered out at the expansive of the reservoir and walked along the top of the dam, which is as longer than the Empire State Building is high.

“I appreciate the work you do for the people you serve,” Keller said to authority staff and board member Andree Phillips, who took her first visit to the dam.