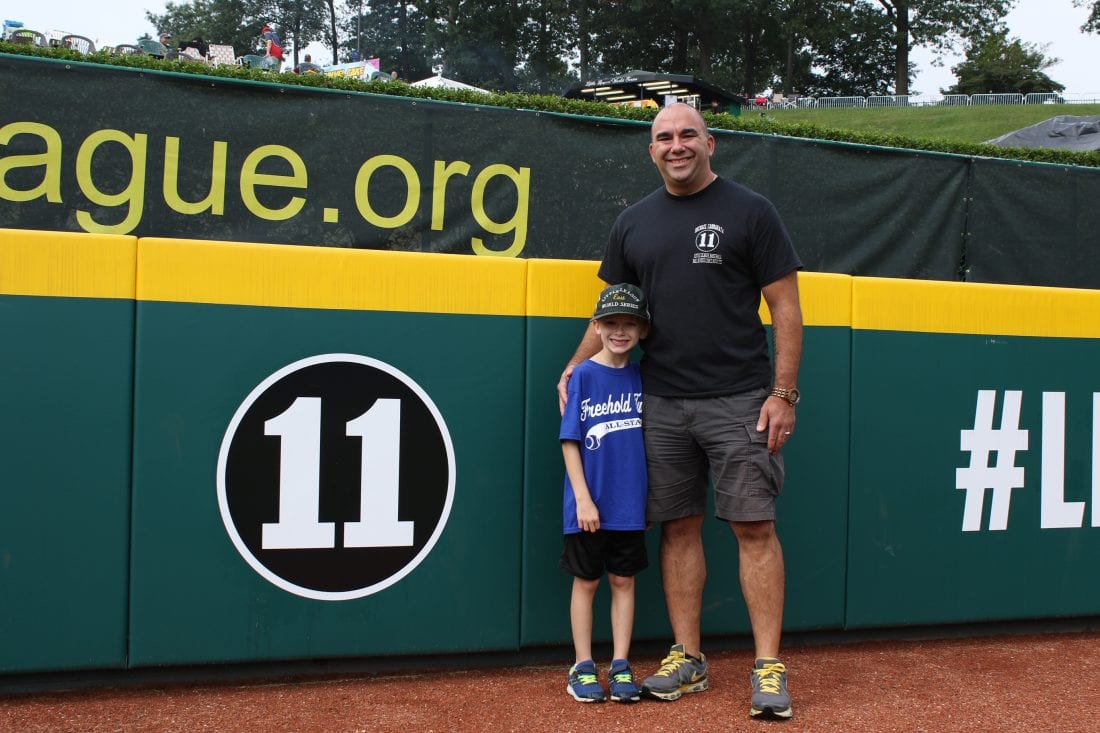 A quiet moment in the outfield at Lamade Stadium went unnoticed early Saturday morning when Mike Wissel walked onto the field to say a quick prayer at the outfield fence.

A plaque there honors the memory of Michael Cammarata, a firefighter who lost his life at the Twin Towers during Sept. 11.

Just 22 years old at the time of his death, the fallen hero had only been on the job for nine months and was the youngest firefighter to die on Sept. 11. 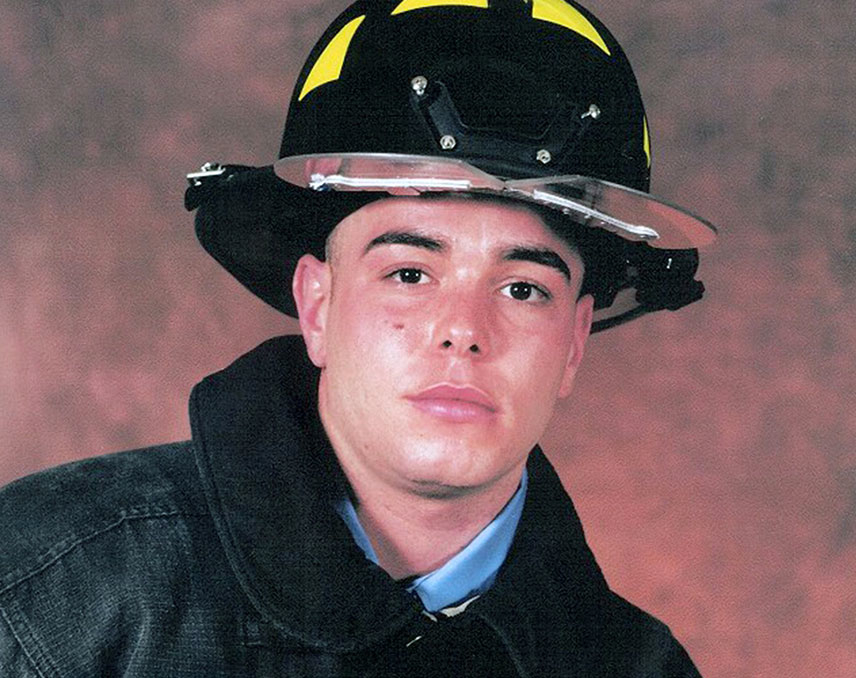 Mike Wissel, the catcher for the team representing the East, remembered his friend and the “amazing experience” all the boys had in Williamsport that year. He returned to Williamsport last weekend with his father, Jack, and 7-year-old son, Harrison. It was the first trip back for Jack and Mike since 1992, the year after their memorable World Series appearance.

“We had an idea at the beginning of our All Star season that we had a good team and we hoped to get here, but our most difficult challenge was getting off the Island,” Wissel said of the stiff competition they faced just to get out of their district.

The former Little Leaguer laughed when recalling the “wonderful 5-hour bus ride to Williamsport in the dark” on the final leg of their journey.

The team made it to the U. S. championship game where they were defeated by the team from California representing the West. It was a lopsided score, noted Wissel, but “ten minutes after the game we were all smiles. An hour later we were all in the pool … The experience here was unforgettable.”

“(As a player) Michael had that bulldog mentality. He was a hardnosed player on every play of the game,” Wissel said. At some point against California, South Shore was losing 13-0 but, “If a ball was hit to him and he had to go full out and dive, he was gonna dive. He wasn’t going to give up on a play just because we were losing by 13.”

“He started out as our leadoff hitter, but dropped to the number nine position because he had a little too much power,” Wissel noted.

At the plate the right fielder was not an easy out.

“He fouled it off, he put it in play, he hustled down the line. There was no hotdogging from him,” Wissel said.

Off the field, Cammarata played a key role. Wissel explained that the team had a coach who in today’s Little League game would never have allowed himself to be miked.

“He yelled at us, both as a team and individually,” remembered Wissel. “As soon as the coach turned his back, Michael was the one who always made us laugh, to break that tension. If I was the one getting yelled at individually, he was the first to make me laugh.”

Cammarata’s humor, like many of his other actions, was for the better of the team.

“It wasn’t in a class clown sort of way,” Wissel said. “He wanted everyone to be over it quick, have a good time, have fun. That’s what we were here for. He was a great teammate.”

The trip to the outfield at Lamade Stadium is not the first time Wissel has honored his teammate with a prayer at the site of Cammarata’s retired number. The South Shore League also retired number 11 in his memory as did the borough Little League in Freehold, New Jersey where Wissel now lives.

“Every time we go there I go out to the number 11 on the wall and say a quick prayer,” he said.

As the years have passed, the ritual now is less emotional and the prayer at Lamade “was kind of just peaceful. It was nice,” he said.

Cammarata’s older brother, Joe, had reached out to Steve Keener, president and CEO of Little League Baseball, to explain what it would mean for Wissel to be allowed to say a prayer at the site.

“I loved that Steve let us go onto the field,” Wissel said. “It was awesome.”

Wissel and his dad were at work in southern Manhattan when the planes hit the twin towers. Mike Wissel was about a block away and heard the first plane hit. Jack Wissel was about two blocks away on Wall Street.

Citing Cammarata’s bulldog mentality, Wissel said, “I have no doubts when they were told to go into those buildings he had no hesitation. That’s the way he was. They were trying to get as many people out as they could.”

“Michael always had a smile on his face, always lit up the room. He was a tremendous athlete, full of life and energy,” Wissel noted. “That’s just the way he was.”

Wissel has a story that always gives him goose bumps in the retelling. About 15 years ago he was going through scrapbooks his dad had made and saw something that caught both his eye and his heart.

A lineup sheet from the game with California was printed in the newspaper listing Cammarata’s position number and the number on his jersey: 9.11.