2 shootings in 1 day; no injuries reported 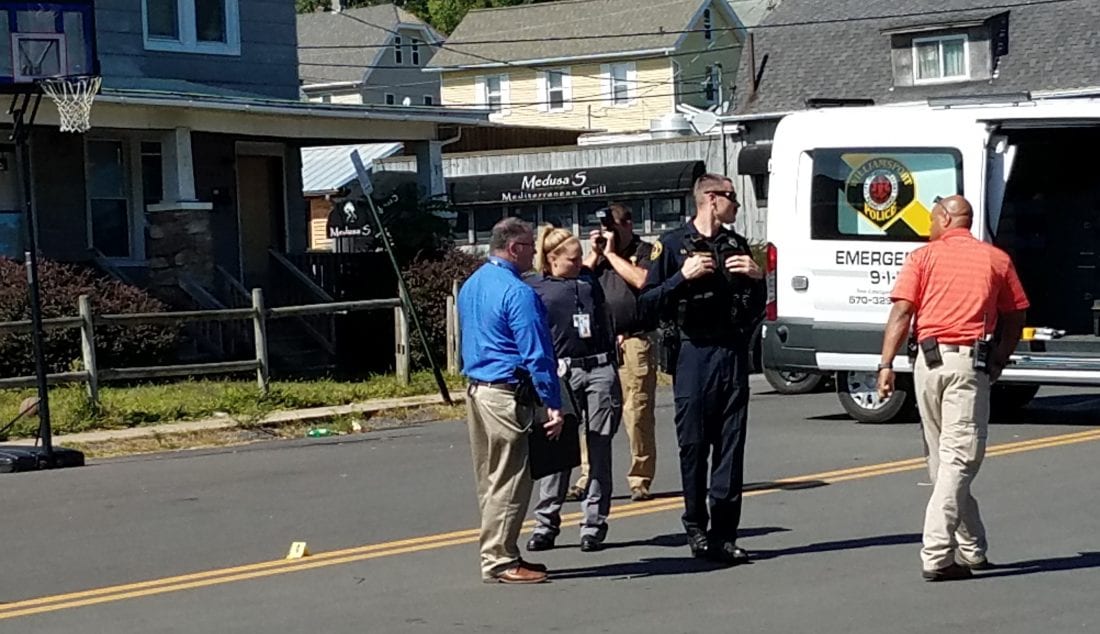 In one of two shootings that occurred 12 hours apart in the city, several shots were fired Friday afternoon at an outdoor basketball hoop on Wildwood Boulevard where two men had been shooting baskets minutes earlier, according to one neighbor.

No one was reported injured in either shooting.

“This was so scary, really shocking. This was just too close to home,” said one teenage girl who was sitting on her front porch with her mother when someone in a slow-moving dark-colored car turned down Wildwood Boulevard from High Street and started firing about 12:50 p.m.

The teen, who did not give her name, said a passenger in the car was firing at a basketball hoop located just south of the southwest corner of High Street and Wildwood Boulevard.

“We heard one shot, a brief pause, and then three more shots,” the teen said, adding that the car then sped south on Wildwood Boulevard and turned east on Park Avenue.

“I heard a total of five pops,” another neighbor said. “I’m still freaked out about it,” added the man, who was getting ready to have some soup when he heard the gunfire.

“I’m glad no one was hurt,” another neighbor, who identified himself as “Nikdabarber,” said.

“I’m going to pray for this community,” he added.

Several bullet casings were found in the middle of Wildwood Boulevard, police said.

A bullet casing also was found on an exterior windowsill at a home on the west side of Wildwood Boulevard as well as at the base of the basketball hoop, police said.

The afternoon shooting occurred 12 hours after shots were fired in the area of Elmira Street, between West Edwin and West Fourth streets, about 12:45 a.m. Ballistics evidence also was collected at the scene, one officer confirmed.

It is unknown if the two shootings are at all related.

The early-morning shooting on Elmira Street occurred just north of where motorist Kerry Young, 37, of Williamsport, was gunned down allegedly by Thomas Matthews III as Young was traveling west on West Fourth Street about 7 p.m. on July 24. Matthews fled to Lock Haven, where he shot himself to death hours later during a standoff with police, officials said.

In addition to the two shootings on Friday, city police still are working on developing leads in three other recent unsolved shootings, including the murder of Ayliem Coleman, 16, of Williamsport, who was gunned down in the 900 block of Market Street about 1:30 a.m. on July 30.

No arrest has been made in the shooting of Corey Stewart-Richardson, 19, of Williamsport, who was shot in the head in the 600 block of Maple Street on July 17, but recovered.

He was arrested in late August and remains jailed on drug and firearm violations for allegedly having nearly two-dozen bags of marijuana on him when he was shot, police alleged. He also had on him at least one handgun that was removed allegedly by another man, Jamal Johnson, 25, also of Williamsport, before police arrived on the scene.

Johnson remains behind bars on charges of tampering with evidence and felony drug charges.

Police are also looking for clues into who was responsible for wounding a 17-year-old boy in a shooting at Almond Street, near Meade Street, 9:40 p.m. on July 28.