Dan Chirdon: ‘I’d go back again if they’d take me’ 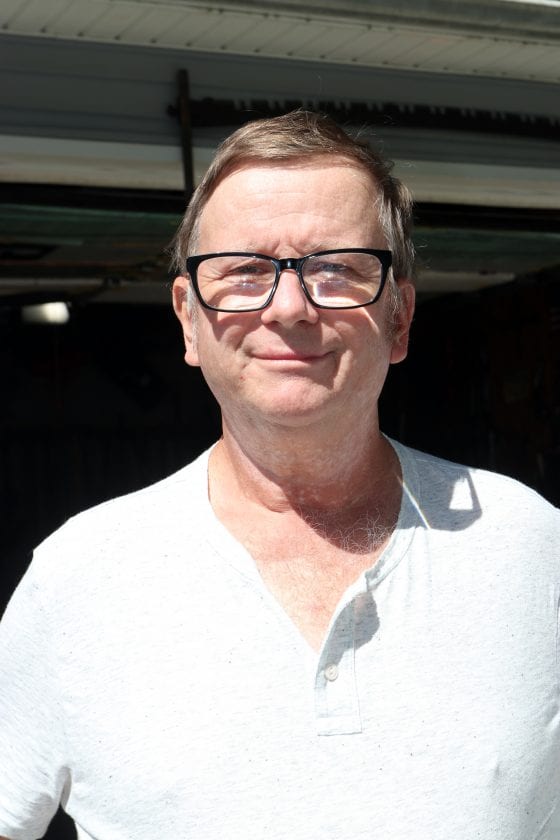 Dan Chirdon recently returned to Germany where he had spent time in his early Army career helping to build a sports field.

“I wanted to go back and see the people,” he said.

Chirdon fondly remembered some of the people in the small town of Steinfield and they recalled him.

He couldn’t wait to go back.

Upon his return this summer, he was warmly greeted for the special dedication marking the field’s origins.

Among the dignitaries on hand was the mayor of Steinfield, who served as president of the Steinfeld Soccer Club that ended up playing games on the sports field.

For Chirdon, the overseas event brought him full circle.

Germany was his first assignment in a military career that spanned 21 years.

Chirdon, 62, joined the Army as part of its delayed enlistment program while a senior at Muncy High School.

A little over a month after graduating, he was on a train for basic training at Fort Leonard Wood, Missouri.

Joining the Army, he said, was “something to do.”

He had hoped to be a surveyor but was prohibited from that career field due to colorblindness.

Instead, he was trained to be a bulldozer operator after basic training.

By late 1976, he was headed for Germany for his first assignment.

“I was excited,” he said. “It meant getting away from home, getting out of the U.S.,” he said.

Chirdon had the chance to see a lot of Europe during his tour of duty there.

“That was the best thing about it,” he said.

Chirdon drove a bulldozer, but operated other vehicles and equipment as well. He also worked on the vehicles.

After three years in Germany, he was sent to Fort Eustis, Virginia, where he continued working as a bulldozer operator.

Among his jobs was pushing off landing craft into the Atlantic Ocean.

It was while serving there from 1979 to 1980 that he decided he wanted to stay in the Army.

But cash inducement aside, Chirdon had already decided the military life was for him and, after a year stateside, he got sent back to Germany.

During his second tour of duty in the country, Chirdon demonstrated a heroic side to his character.

He was driving a low-loader carrying bulldozers down a mountain when the vehicle’s brakes failed.

Chirdon’s quick reactions and cool response to a dangerous situation allowed him to steer the vehicle into some sandstone walls on each side of the road, causing the driver’s cab and semi-trailer to wedge into each other, stopping the vehicle.

The driving maneuver prevented the vehicle from potentially ramming a school bus with children or crashing into buildings.

Chirdon was awarded a medal for his act of bravery.

Otherwise, his duties at the combat support base in Bamberg, Germany, consisted of various work including digging tank ditches and building more sports fields, which helped build good relations with the German people.

He returned stateside in 1983 to Fort Leonard Wood where he met his wife, Elizabeth, who had been raised in an Army family.

“I became an instructor in heavy equipment,” he said. “It was an eight to five job.”

After three years there, he again returned to Germany for a three-year assignment.

Then, it was back stateside to Fort Knox, Kentucky.

“I was the Operations NCO for a company that deployed to South America for nation building,” he said.

He also served as the asphalt platoon sergeant.

“We paved roads and parking lots” he said. “I thought I was going to retire there.”

While Chirdon was in Fort Knox, U.S. troops were deployed to Iraq for Desert Storm.

It was 1990, and Chirdon soon found himself overseas in the desert, avoiding Scud missile attacks while helping build roads and A10 ramps for planes to land on and take off from.

He returned to Fort Knox after that combat support duty, serving there until 1993 when he was assigned to Panama.

From there, he and other troops often deployed to El Salvador and Nicaragua for infrastructure work where there had been political uprisings and wars.

“We were under heavy security,” he said.

Chirdon remembered the miserably hot weather, the rain and flying over jungles and volcanoes.

He eventually returned stateside to Washington, D.C. where he served out his final years in the Army in 1996 and 1997, working as a declassification analyst, redacting secret records.

Upon his discharge, the heavily decorated military veteran had attained the rank of master sergeant.

He returned home to Lycoming County, eventually settling into a job with Master Contractors Inc. working in construction management, and settled into civilian life.

These days, he lives in a country home far off the beaten path.

His home is filled with objects he collected during his deployments — beer cans and steins, hats, tobacco cans, key chains — all carefully arranged on shelves of his residence.

He said he loved the military life.

The travel and places he saw while serving were perhaps what made it all worthwhile.