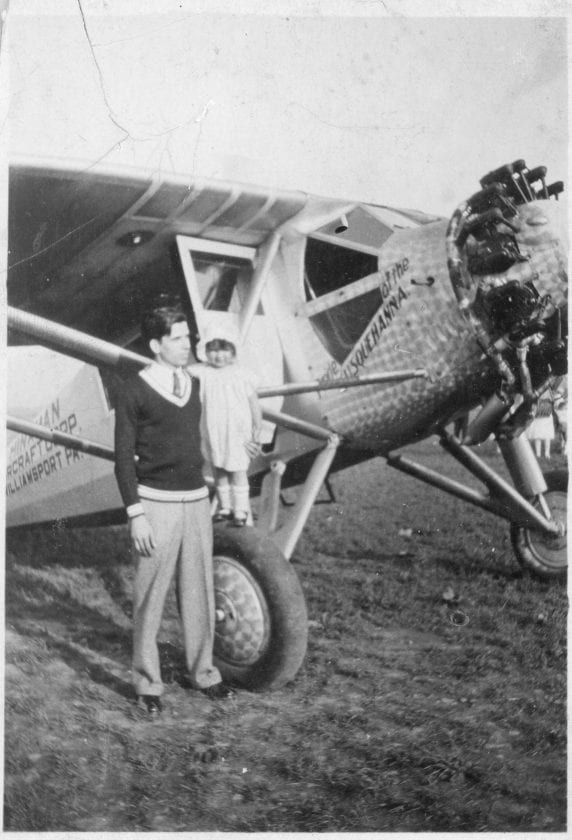 Though buildings come and go, one still living Williamsport resident can say she took one of the first flights out of the Williamsport Lycoming Airport, now Williamsport Regional, 90 years ago.

Mary Shemery, 94, now living in a retirement home, was only 4 years old when her father paid the then-expensive $1 for a touring flight at the airport’s dedication day on July 22, 1929.

“There were a lot of planes and a lot of people because it was the first airport in Central Pennsylvania,” she said.

She doesn’t remember much more than that, she said. The flight likely took her to Jersey Shore and back.

The plane was owned by David Hinaman, a local contractor, and was a sistership to the Spirit of St. Louis.

One more detail had her questioning herself for years.

“All my life I had a picture in my head of Amelia Earhart looking out the window of a plane,” she said. Although she was confident Earhart, herself, wasn’t on her flight.

It was only until years later that she could confirm that Earhart was there, in fact, so many years ago.

Shemery said her father, who was an engineer and always interested in flight, eventually ended his career working for Boeing in Seattle. He attempted to get his flying license, but even after all his training, he couldn’t pass the hearing test.

Flying was simply in her blood, she said.

“I just inherited my wanderlust from my dad,” she said. “I love to fly and I’ve never been in any kind of disarrangement.”

A $1-flight would have been very much worth it for a father, who Shemery said likely only made $22-a-week. That was instilled in Shemery as she continued to travel all of her life, from Hawaii to Europe.

“We only did what we could afford,” she said.

Her husband, a city firefighter, however never much of a flier, was probably happy to have peace for two weeks or more, she said, but always glad to have her back.

On one excursion, Shemery was unable to call until she made it to Switzerland.

In present time, Shemery said she’d much rather have the city retain more of its history and tradition.

“They (Williamsport) tear down everything,” she said. “Other cities, they preserve this old stuff, but here they just tear it down and build something that probably costs five times as much as the original and it’s not half as good.”