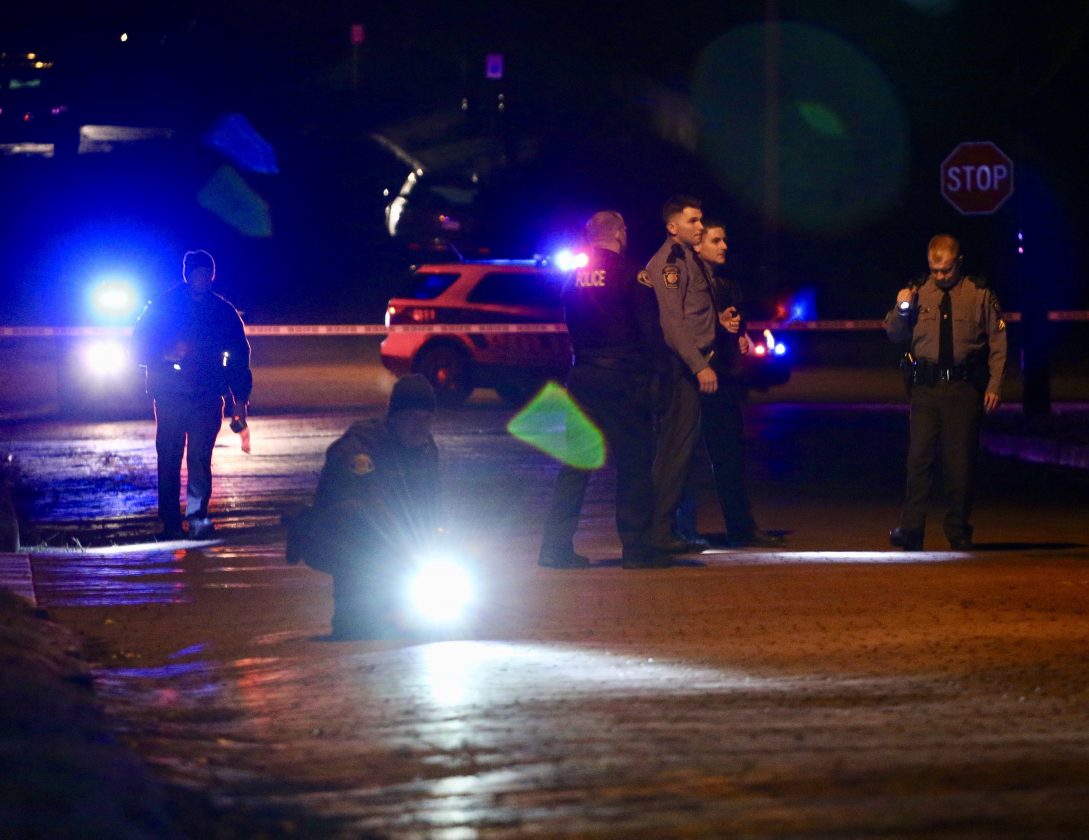 KAREN VIBERT-KENNEDY/Sun-Gazette City and State police work at the scene of a shooting on along Rural Avenue Friday night.

One person is dead after a shooting along Rural Avenue, according to Charles E. Kiessling Jr., county coroner. The shooting happened around 7 p.m. Friday night, between Third and Fourth avenues.

Six to seven shots were fired in an alley north of the 900 block of Louisa Street at 7:13 p.m., according to dispatchers.

The area was soon taped off by police as they searched the area, with a strong presence along the sidewalk of 900 block of Rural Avenue.

At 7:17 p.m. Emergency Medical Services were called, but were later recalled as the coroner’s office arrived at about 7:50 p.m.

“It’s still obviously under investigation. An autopsy is scheduled for Monday,” said Kiessling.

The victim’s name and age will not be released until the extended family is notified, he said.

“We’ve talked to the family, at least the immediate folks,” said Kiessling. “It may take a little while to reach out to their extended family.”

City police said in a press release Friday night that the victim was male, and ask anyone with information to call Agent Jeremy Brown at 570-327-7547.