LOCK HAVEN — Clinton County has its first female commissioner and a come-back kid as the Republicans maintain control of county government.

Miles Kessinger, a former county commissioner who entered the race again because he didn’t like being retired, was the top vote getter with 4,351 votes, beating incumbent Jeff Snyder, who won his third term with 3,927 votes. Both are Republicans.

And, Angela Harding, believed to be the first woman elected Clinton County commissioner, came in third with 3,134 votes, defeating incumbent commissioner Paul Conklin, who polled 3,049 votes. Both are Democrats. All results are unofficial.

Kessinger, who served six years as commissioner before resigning to take the court administrator position upon the death of Dan Wilt, led the race from the very start. His numbers piled up as each of the county’s 34 precincts reported in and it was obvious early that his wish to return to county government would be granted.

Harding and Conklin remained close throughout the night, with Harding finally taking the lead as the final precincts were counted. 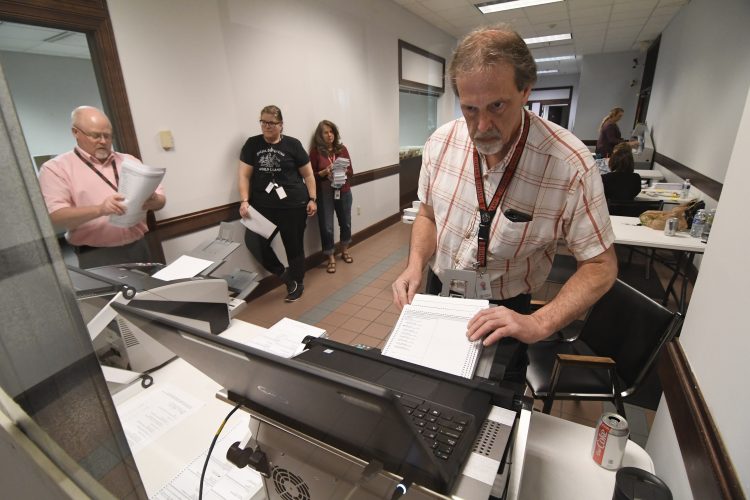