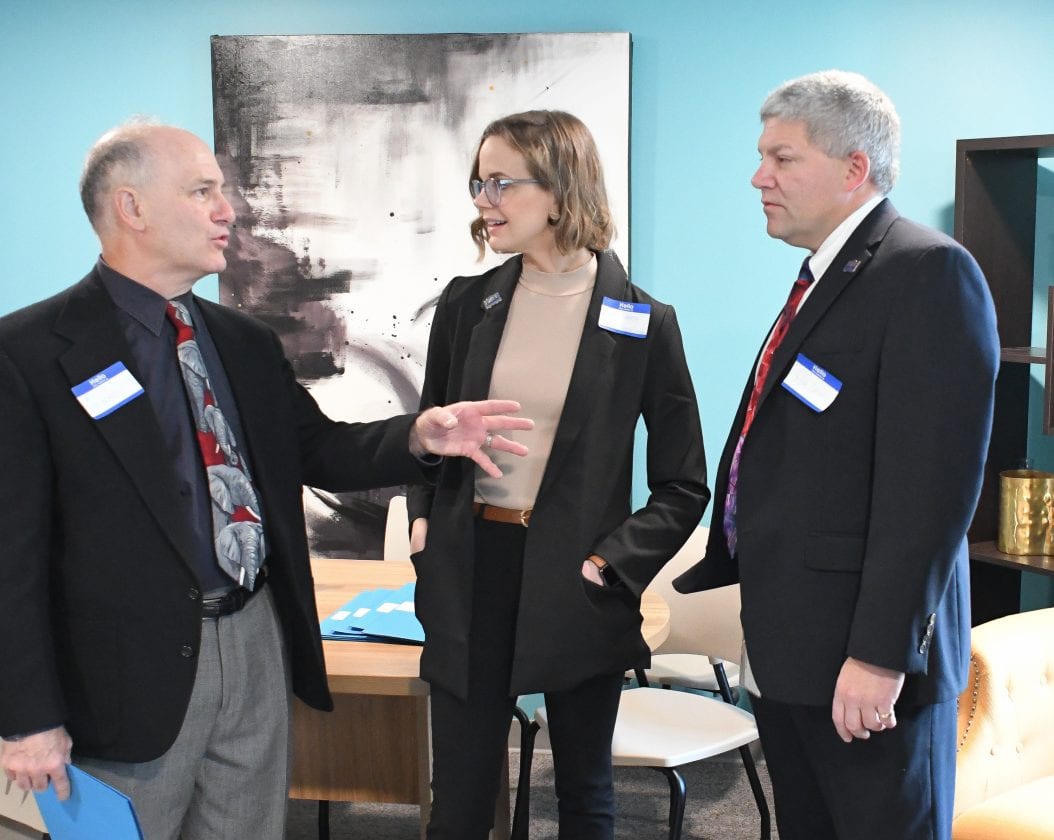 Aiding autistic individuals and their families to navigate services in our community, a local autism hub is working to bring about a united but diversified and specialized array of providers.

AllOne Foundation and Charities, based in Wilkes-Barre, awarded Hope Enterprises with a three-year grant, which allowed for the hub’s inception at 614 W. Fourth St.

“The hub is able to understand all of the multiple partners and try to connect, because even though we might not do the direct service, we can be that coordination. So people don’t fall through the cracks,” said Labatch.

In the name of that coordination, the autism hub plans networking events, such as the breakfast last Friday.

“If we don’t have an environment where we can share information, we can’t help them,” he said.

It’s Hope Enterprises aim to grow a culture through the collaboration to be able to support somebody holistically throughout their whole life.

Like any community, resources are finite. The conservation of any provider’s energy is a necessary part of ensuring all of those with autism are getting the help they need, he said.

“If you’re spinning your wheels and somebody else is doing the same thing and they’re not coordinating — they’re getting nowhere,” said Labatch.

Hope Enterprises’ boots on the ground is Emily Camerer, a community resource coordinator with the organization, who said she partially draws on her personal experience in raising an autistic child.

Moving into working at the autism hub, she said, “I knew a lot about where I go for services but I wasn’t very well connected to a larger community, so I felt like I was in the same shoes as anybody else.”

Gradually, however, she became familiar with the litany of services, such as those who help with child care, health care, or counseling, among others.

“I ended up going to a lot of county meetings, joinder meetings,” which allowed for her to become acquainted with the autistic individuals, themselves, or their families, she said.

Many times Camerer said she is contacted by those who have a new diagnosis and are looking for information or families seeking options in transitioning from one set of services to another.

The autism hub provides a space for meeting with families or caregivers about services and care, replete with a sensory room to promote feelings of calmness. Additionally, the autistic hub provides a platform for advocacy to local government leaders, thereby ensuring they’re aware of service or care issues.

The hub’s success so far is due to its focus on ground-up leadership, said John Cosgrove, executive director of the AllOne Foundation and Charities.

“As I said at the beginning, listen to the experts, these guys know what they’re talking about,” he said. “They do and in the end, the investment from philanthropy is much more targeted.”

The autism hub’s primary purpose is to listen, and then put the families in the correct direction. said Cosgrove.

In this, they’re acting as the frontline for families who may not know where else to turn.

“Most of what we hear from families was how overwhelming the system is, and that’s assume there is a system at all — it’s disjointed,” he said.

Unlike typical grant programs, where a future and static date is given for evaluation, the autism hub is evaluated every step of the way, said Cosgrove.

Though expectations were high, officials at Hope Enterprises met and exceeded them.

“Any collaboration is difficult when you’re talking about a collaboration of this magnitude, there were definitely challenges, but the focus with which these experts directed towards this initiative — it’s really remarkable,” he said.