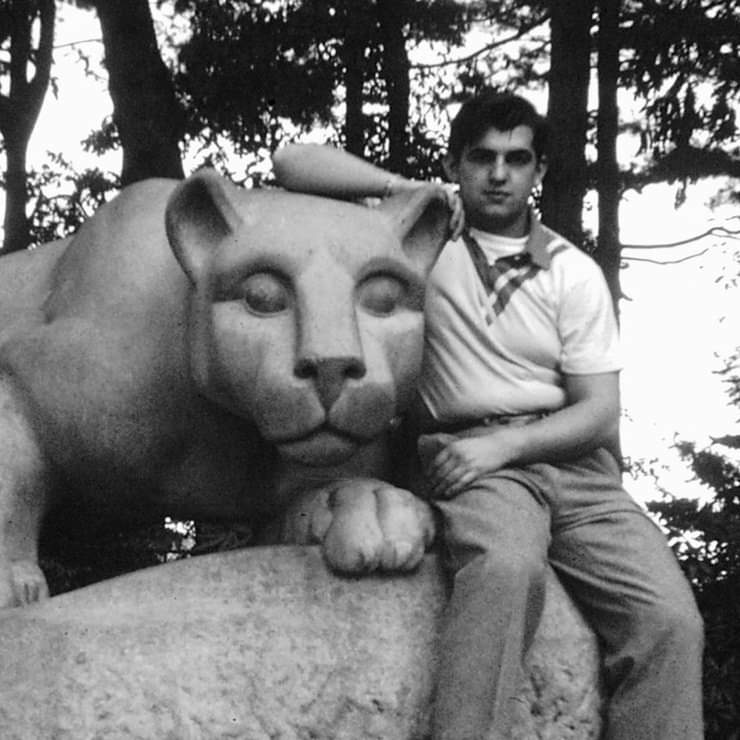 The late Chef Charles Barrie Edmonds was famous locally for his sticky buns, hot bacon dressing and decorative gingerbread villages on display at a local hotel.

But for those who knew Edmonds, who died Nov. 2 at the age of 85, no truer definition of the title “chef “ existed.

“When you think of the word chef the title is earned … he truly not only earned the title, but he wore that title,” said Mary G. Trometter, head of the Hospitality Department at Pennsylvania College of Technology. Edmonds served as adjunct professor of hospitality at the college when it was Williamsport Area Community College, she said.

Much of his creations and skills led to the establishment of curriculum for culinary arts, bakery and pastry degree-seekers, she said.

He took on the role of treasurer of the West Branch Chapter of the American Culinary Federation in 1991.

“On a professional level, and speaking as a chef, sometimes when you meet a person, you feel like you know nothing compared to that person,” Trometter said.

“He had so much knowledge and experience it was amazing,” she said, adding, “what set him apart was he loved what he was doing and he loved teaching others.”

“He was always willing to stop by, show students something, and was active in the chapter, which was about education and learning from each other. At that time, the chapter was active and the chefs, including Chef Paul Mach, would gather about once a month, participating in charity and educational events.

Named the chapter’s “Chef of the Year” in 1999, by then Edmonds had been a career chef for half of a century.

Edmonds’ lesser known traits might also be considered some of his most tasteful.

As an example of that for his community, Edmonds served the hungry and those who were trying to rehabilitate off drugs in the late 1980s.

Edmonds would take those struggling to escape from the grip of the disease and lifestyle into his kitchen — feeding them and letting them wash pots and pans.

“Giving them their humility back,” Geiser said. “A Christ light always shined.”

Born April 24, 1934, at the Berwick Hospital, Edmonds was the son of the late James Whyte Edmonds and the former Helen Trapane Edmonds. He had a dash of Sicilian and Scottish in his blood.

After graduating from Williamsport Area High School in 1952, Edmonds earned a bachelor of science degree in food and hospitality from the Pennsylvania State University in 1957. He became a life member of the PSU Alumni Association. He was a member of Lodge 106 Free and Accepted Masons and lifelong member of the former First Baptist Church, Williamsport.

In his career, Edmonds rose through the ranks of bus boy, earning his first job at The Village Tea Room at the age of 15, to becoming vice president and executive chef of place and owner and operator of The Village Hearth (formerly The Hearthstone Restaurant).

“He brought the next layer of culinary experience to shoppers dining downtown, serving sherbet as a palate cleanser between courses at The Tea Room,” Geiser said.

Edmonds commanded the executive chef position at the Holiday Inn, which during that time was associated with the TGI Friday complex.

Many might recall elaborate gingerbread villages that would draw many to visit the hotel lobby.

For the gingerbread presentations, he would use 100 pounds of confectioner sugar and feature replicas of the hotel and his beloved church.

Those who worked for Pickelner Fuel Co. and got to eat at the company’s annual picnic might recall William Pickelner working with Edmonds to provide a spread that included ice cream from Valley Farms Dairy and Edmonds’ catered fresh foods, including steamed clams with drawn butter, Geiser said.