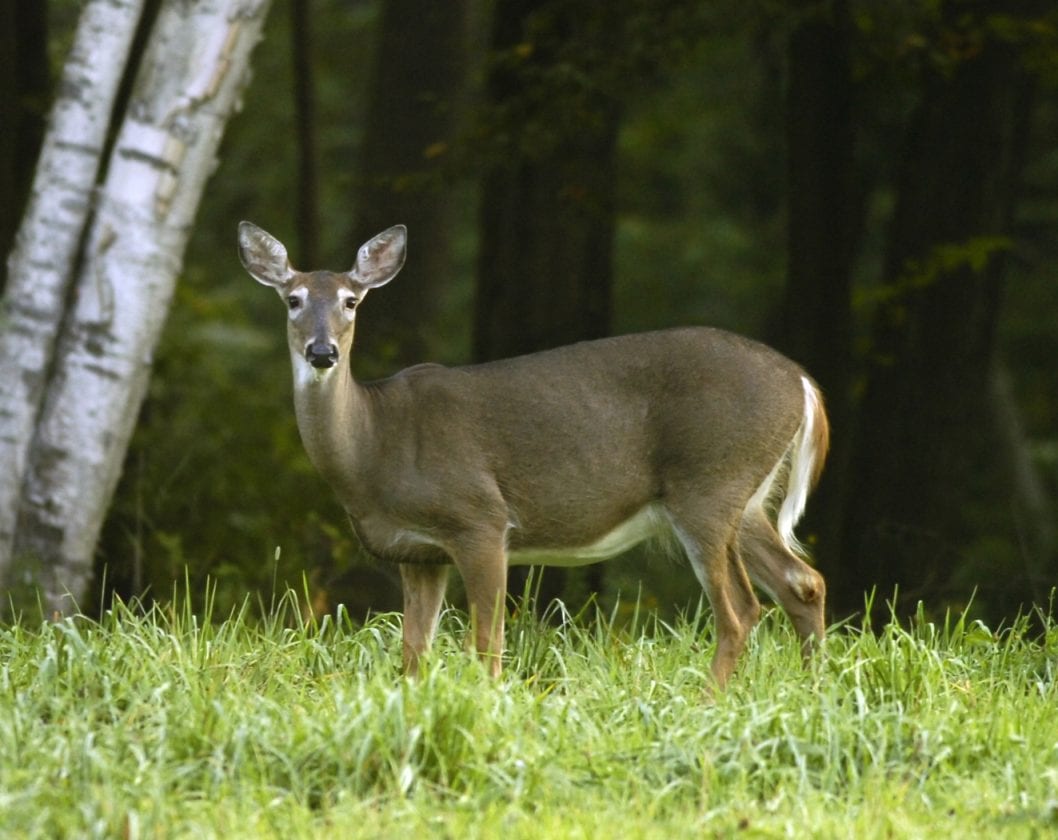 MARK NANCE/Sun-Gazette A doe takes a moment to check out passing traffic from a field on Lake Road in Gamble Township Wednesday morning.

Division amongst their constituents to allow for Sunday hunting led the way for legislative support of a compromise limiting the number of Sunday hunts in each season, said local lawmakers.

Passed Monday by the state Senate and forwarded to Gov. Tom Wolf for signing, the Sunday hunting bill limits hunters in 2020 to three designated Sunday hunts per year.

State Rep. Jeff Wheeland, R-Loyalsock, said residents in his district seemed to be divided in half.

“Some were adamantly opposed to it and some wanted a dozen Sundays out of the year (to hunt),” he said.

“I thought it was a fair compromise. So I support it, but I supported it with the compromise,” he said. “I look

forward to seeing how it goes. I’m sure the Game Commission also is going to be very interested, hopefully it results in additional hunting license sales.”

The bill is a “pilot project,” of a kind, said Rep. Garth Everett, R-Muncy, who has given both iterations his support.

Those who don’t want to hunt on Sunday are welcome to stay home if they choose, he said.

The Sunday hunting bill also institutes slightly steeper punishments for trespassing, barring a person from purchasing a hunting license for a year if they are caught twice.

“It just makes it easier for the authorities to be able to charge someone with trespassing,” said Everett. “I think that landowners are going to see that, particularly with adjusting those three high value Sundays. It’s not going to be like there are people on their property all the time.”

In view of all the other states which allow for Sunday hunting, “It’s time has come,” said Sen. Gene Yaw, R-Loyalsock.

“The trespassing issue was something that people were very concerned about,” he said. But, “It’s an individual property owner’s obligation to protect their own private property — it goes back to the founding of this nation.”

In general, Sen. Yaw viewed the limited Sunday hunting as a fair compromise, which will hopefully increase the number of hunters in the woods and licenses purchased.

Certainly in regards to public land, the people should be able to hunt on Sunday if they choose to, said Yaw

“We were one of the few states to not permit Sunday hunting,” he said. “I think that it’s going to become a non-issue in the future.”