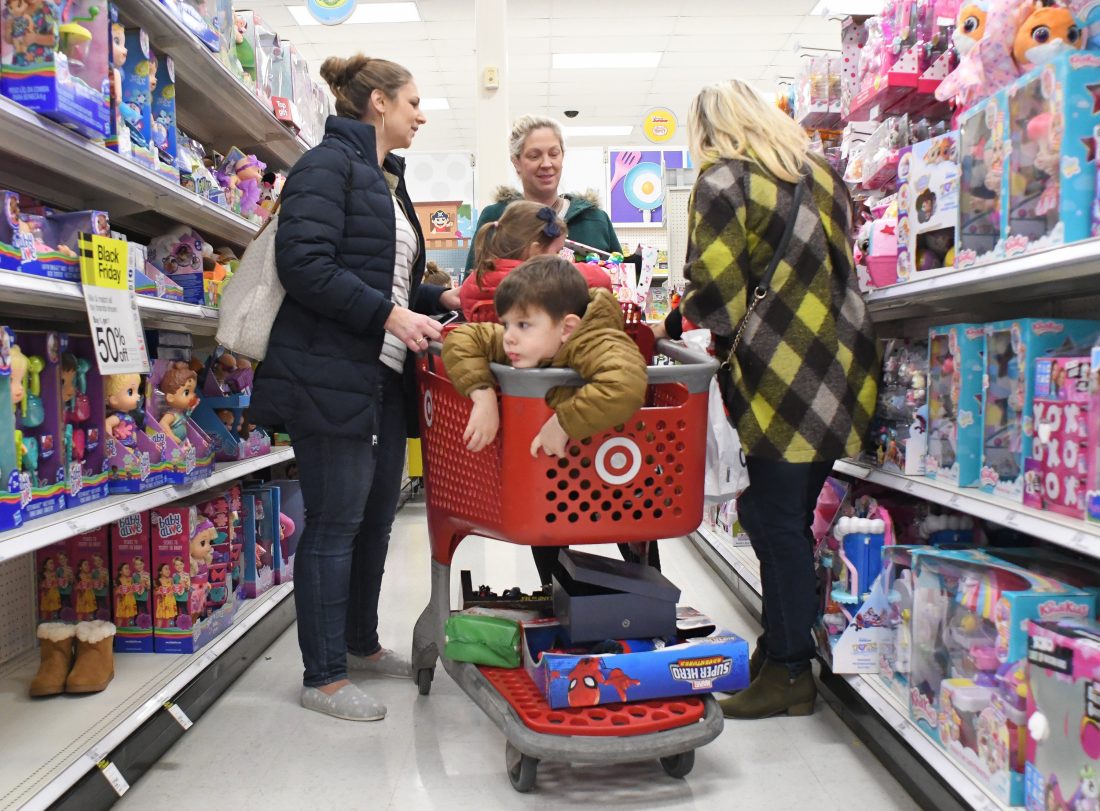 RALPH WILSON/Sun-Gazette Correspondent Oliver Kearney, center, waits patiently on the grown-ups while they shop for toys at Target in the Lycoming Crossroads Shopping Center as the 2019 Christmas shopping season officially begins on Black Friday. With Oliver are Emily Ayers, his sister Vivienne, Molly Foresman and Cathy Moore.

Sales of merchandise for 40, 50 and 60 percent off helped lure people out of their homes to one of the biggest shopping days of the year.

People carrying packages could be seen leaving BAM!, the big bookstore at the mall’s east end, as well as Hollister and other shops. Meanwhile, thirsty and hungry shoppers, perhaps eager to take a break from the mad commercial frenzy, stood in long lines outside Orange Julius and Auntie Anne’s.

But not everyone choosing gifts on the day after Thanksgiving was headed to the mall, and that’s not where all the discounts could be found.

Some decided to go to much less crowded places in the area to shop.

Laurie Diehl and her mother, Debbie Diehl, of Loyalsock Township, are not big online shoppers, and decided to kick off their shopping in the morning at the Loyal Plaza Shopping Center.

“There’s not a whole lot of stores in Williamsport anymore,” Laurie said.

Her mother said the two of them were not looking for anything special to buy, but early on she managed to find an item at a discounted price at one of the stores.

“We usually go out on Black Friday,” she said.

Gary Jordan and his wife, Donna, were at Staples, prepared to take advantage of a sale on office chairs.

The pair had driven more than an hour away from Middleburg to do some Black Friday shopping in Lycoming County.

“There’s no place to shop down there,” Donna said. “We don’t shop online hardly at all.”

There were signs of Black Friday shopping in Montoursville too.

The Robin’s Nest Collectibles, 368 Broad St., a newly opened antique store that also features clothing and other items, was doing a brisk business around noon.

“People were here before we even opened,” co-owner Alexandra Warren said. “We have different sales for today.”

She said it’s encouraging to know that people are coming to small towns such as Montoursville to do their holiday shopping.

John Klotz couldn’t have been happier on Black Friday.

Plenty of shoppers brought plenty of bills and coins dropping into his American Rescue Workers chimney in order to help provide for the hungry and the homeless of the area, he noted.

“They are giving whatever they can,” he said. “It’s a joy to see how people really care about the downtrodden, the poor, the needy.” 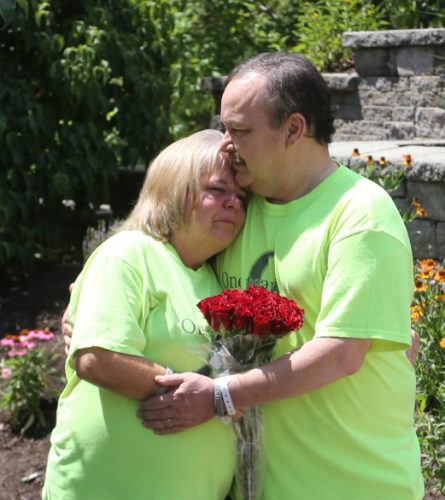 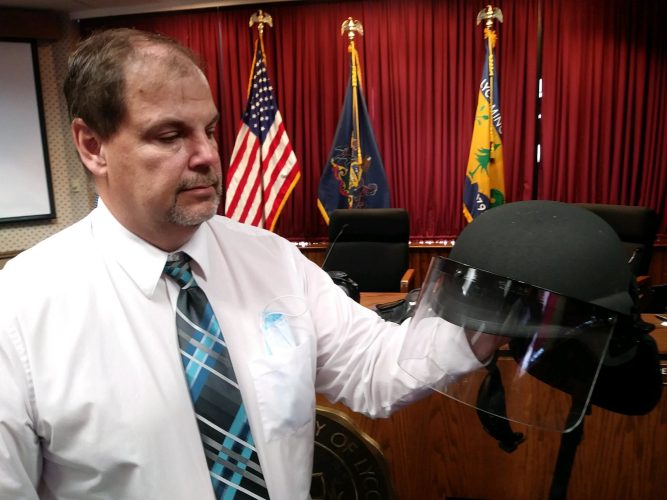 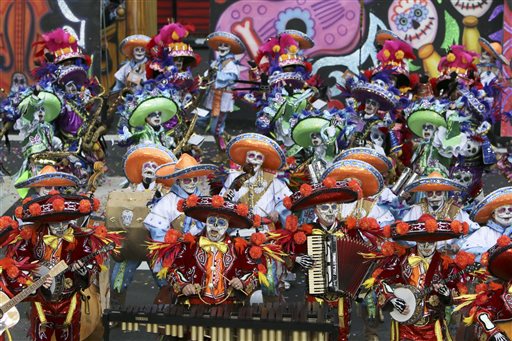