The tax rate was set on first reading at the last meeting at 15.72 mills.

That equates to a house assessed at $100,000 paying $1,572 a year in real estate tax, according to Council President Randall J. Allison.

The budget provides for two more police officers and another employee on streets and parks department, specifically for third-shift work on a street sweeper and for times when rain leads to street flooding.

The budget includes covering municipal pensions for the unions of fire, police and officers and employees. It also covers a 5 percent overall health care insurance increase.

Councilwoman Liz Miele noted the incremental tax increase amounts to $2 per month for the average homeowner.

She said it was needed to prevent Mayor Gabriel J. Campana’s budget proposal to be zero-tax-hike.

Campana’s proposal used a majority of the city fund reserve of $2 million in order to present a balanced, no-tax-hike budget, she said.

It assumed there would be 2 percent revenue increases in the next year and less than a 6.5 percent in expenses, Miele said.

Council, instead, has said it erred on the side of caution and is preparing a more realistic budget for incoming Mayor-elect Derek Slaughter, she said.

Slaughter voted against the first reading of the proposed budget.

On the third floor at City Hall, Campana said prior to the meeting that: “They intend to bring tax hikes before the taxpayers for several years to come.”

He continued: “I wanted to present a no-tax-hike budget because I heard from 80-year-old widows in Newberry and elsewhere who cried in my office and said they would lose their home if taxes were raised again.”

In other expected business, Allison said he is expected to oversee interview of candidates to fill the vacancy on council left by Slaughter becoming mayor on Jan. 6.

Resolutions to honor departing councilmen Don Noviello and Joel Henderson will be presented.

Councilwoman Gerry Fausnaught, who was appointed to fill a five-month-long vacancy, will receive a certificate of appreciation.

Adam Winder, general manager of streets and parks department, will present a resolution of a memorandum of understanding between the city and Williamsport Municipal Water and Sanitary Authority to collectively create a stormwater authority.

This agreement is the first stage of what will be an intergovernmental cooperative agreement to try to be reached in three to six months, Winder said.

Following that agreement, a stormwater management plan will be created and then an authority will be formed, if it goes as planned, which can assess a stormwater fee on customers in order to pay for replacement of aged stormwater collection systems in the city, Winder said. These agreements are to be done in stages and an authority may not be formed for up to five years, Winder said. 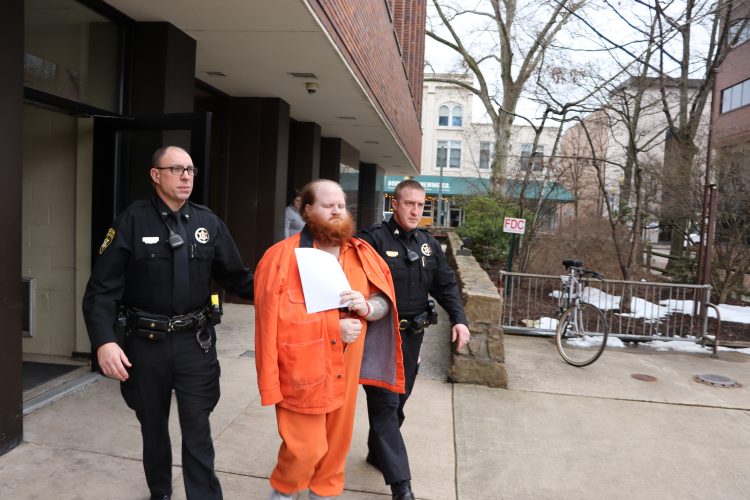 Lycoming County commissioners are expected to take action this week on an agreement connected to the Susquehanna ...

City Council, in a conciliatory, good faith effort to make its meetings accessible to the disabled and others, has ...