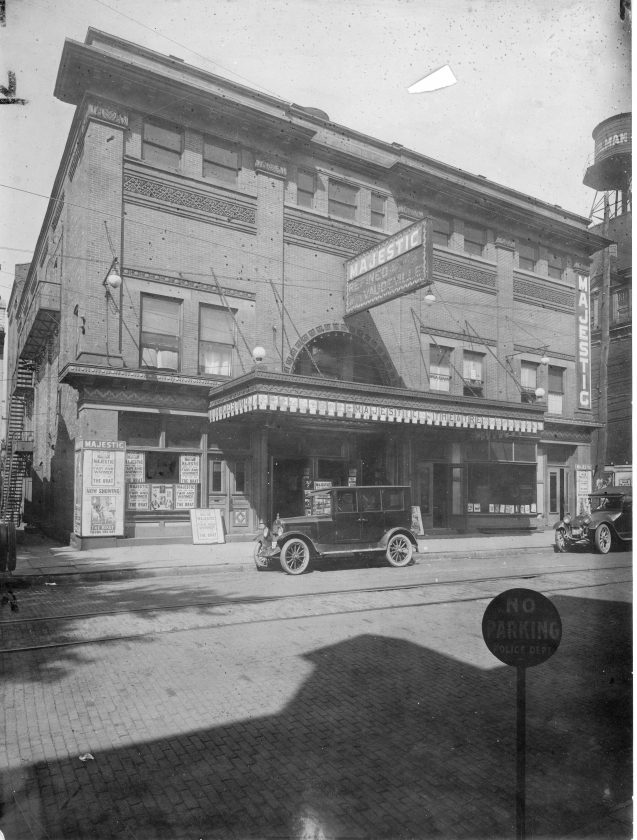 At the turn of the 20th century, long before the days of carting children off to the local movie theater, families still sought light entertainment in the form of vaudeville at the stages in Williamsport.

The french-style of theater took the United States by storm in the form of various, disconnected acts ranging from parodies, ballet, skits, songs and poems, all with little deep philosophical value.

The New Family Theater opened on Jan 14, 1907 with its entire first year’s program catalogue surviving to this day.

The theater made its home along Pine Street, behind what is today M&T Bank.

“Isn’t it a dream?” the first program writer said to their audience. “It was the idea of the management to give to the amusement-loving public of this city a modern, up-to-date playhouse.”

Boasting its fire safety through 12 exits, the New Family Theater would have failed other modern requirements.

“(The theater) is lined with asbestos and steel throughout, and has an asbestos curtain,” the first program said as it praised itself for its top-notch value.

Promising first class line-ups, “it will be an amusement resort that anyone can attend without fear of being offended … No acts will be produced which will bring a blush to the most sensitive feminine cheek,” the programs said in the following week.

Each week would feature seven to eleven performances with the strength of vaudeville in that each performer could do their own act to the best of their ability without the need to bend themselves to the direction of a manager, according to the programs.

The playhouse, seemingly well received, according to the managers, kept their shows going continually through the evening, with people coming in and out at various times.

“Every house has been taken by the lighter vein of vaudeville acts and the result has been that first class comedy has been well in order since the opening of the house,” said the writer.

With the exception of the Sunday afternoon children’s shows, it was a man’s word. The program encouraged husbands to bring their families.

“It is the purpose to make this theater a retreat for women, children and families,” it said.

Though tobacco products were allowed, the programs asked that men refrain from “expectorating” on the floor.

“Gentlemen will not, others must not,” it added.

The New Family Theater would go on in this form until it was purchased in 1909. The theater then changed its name to Majestic Theater before the new owners renovated the space and moved into presenting 5-cent children matinees, but also held true to their live performances.

By 1937, the theater was again purchased and changed its name to the Karlton Theater and started leaning more heavily on motion pictures for its product.

By 1952, it was out competed and held a salvage sale until it was demolished in Oct. 1952 to be turned into a parking lot.