State Trooper life flighted after being shot in Tioga County 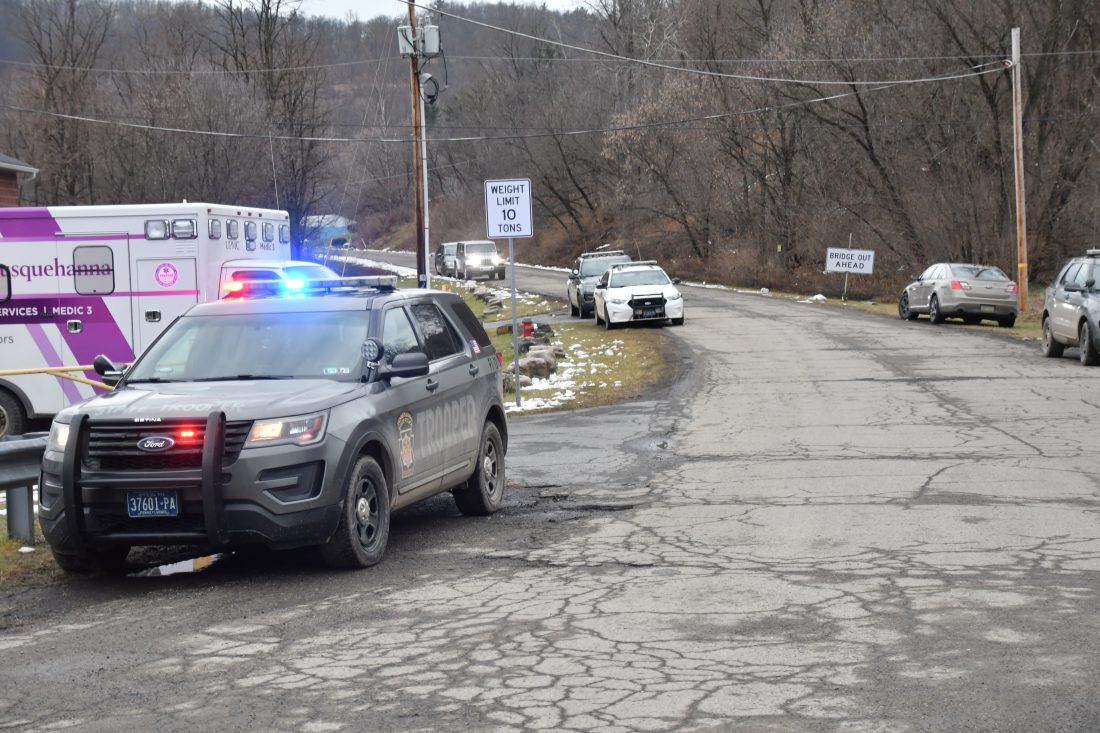 MARK NANCE/Sun-Gazette Police cars line the entrance of Barney Hill Road in Tioga County after a PA State Police Trooper was seriously shot while making a wellfare check at 11:50 am.

ELKLAND — One state trooper was shot and another injured after responding to a welfare check at 11:50 a.m. Tuesday on Barney Hill Road in Nelson Township, Tioga County, leading to a standoff lasting most of the day, according to a press release.

Trooper Angela Bieber, of the state police Montoursville barracks, said the standoff was ongoing at press time, and confirmed the trooper who was shot is in stable condition and did not require surgery.

Tuesday morning, three troopers arrived at a home near Elkland to check on an individual after a caller, whose identity is unknown, said they had not been able to get in touch with that person in “a couple of weeks,” according to a press release.

Upon announcing themselves and failing to get a response, the troopers entered the residence through an unlocked door.

A single shot was fired, striking one officer, who was airlifted from the site to a trauma center, authorities said.

Another trooper suffered a leg injury and was treated and released, according to authorities. It was not stated how the trooper became injured.

The gunman barricaded himself inside the home, resulting in an hours-long standoff, authorities said.

The identity of the injured troopers and the offender have yet to be released.

Troopers at the scene declined to give any further information as the investigation continued.

The Associated Press contributed to this report.