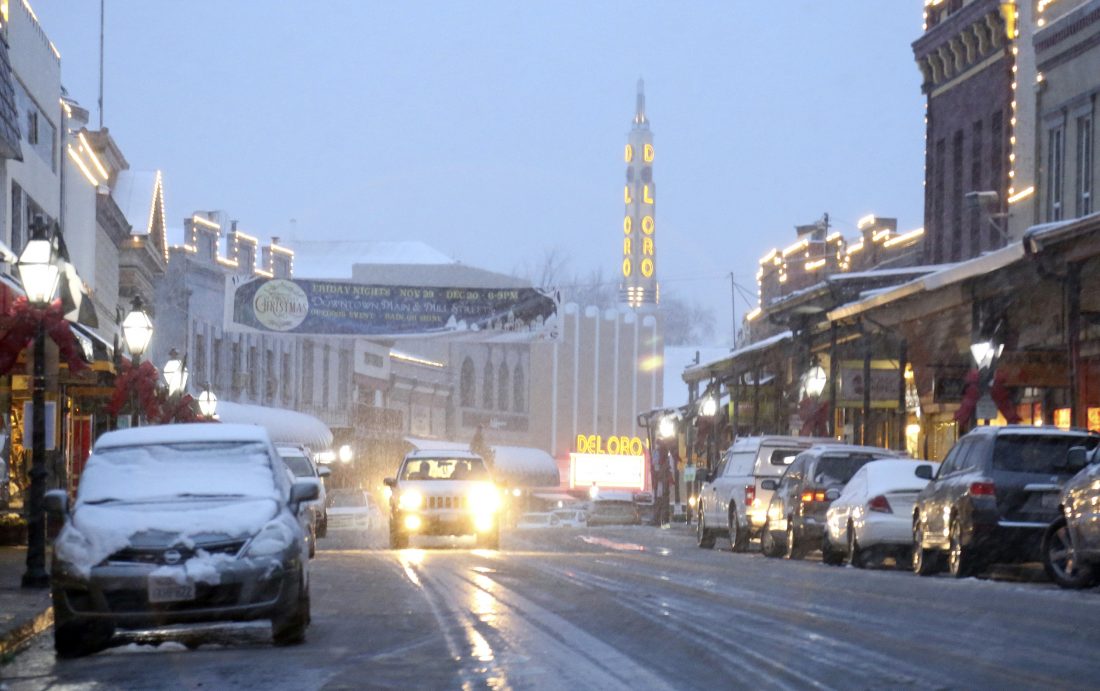 NEW YORK (AP) — A powerful winter storm that’s been tormenting travelers across the U.S. since before Thanksgiving moved to the Northeast on Sunday, packing one last punch of snow and ice as people make their way home after the holiday weekend.

The National Weather Service predicted more than a foot of snow in swaths of upstate New York and New England, as well as ice accumulations in parts of Pennsylvania.

The same weather system has been pummeling the U.S. for days as it moves cross country, dumping heavy snow from parts of California to the northern Midwest and inundating other areas with rain.

The storm has been blamed for several deaths.

Two boys, ages 5 and 8, died Saturday near Patton, Missouri, when the vehicle they were riding in was swept off flooded roads.

The bodies of two children were found in central Arizona after the vehicle they were in was swept away while crossing a swollen creek. A third child is missing.

A 48-year-old man died in a separate incident near Sedgewickville, Missouri, and a storm-related death was also reported in South Dakota.

Road crews were able to reopen all of Interstate 25 and most of I-80 in Wyoming early Sunday after strong winds abated. Major interstates in Colorado were also reopened.

The city of Duluth, Minnesota, was blanketed with 19.3 inches (5.9 meters) of snow as of 6 a.m. Sunday. The city issued a “no travel advisory” at noon Saturday and deemed the storm “historic.”

Farther south, precipitation was in the form of rain and thunderstorms.

As the storm shifts east, flight delays and cancellations are continuing to pile up — disrupting travelers heading home after Thanksgiving.

As of 10 a.m. Sunday, 80 flights were delayed and 7 were cancelled at the three New York City-area airports, according to the flight tracking website FlightAware.

The Federal Aviation Administration said some flights heading to Newark, New Jersey, are being delayed by an average of more than 2 1/2 hours.

There were also dozens of delays at airports in Chicago and Minneapolis.

At Denver International Airport, 100 flights were canceled Saturday because of high winds.

Forecasters said a new storm is expected to bring several feet of mountain snow, rain and gusty winds to California through the weekend. Another system is forecast to develop in the mid-Atlantic Sunday, moving into a nor’easter by Monday.