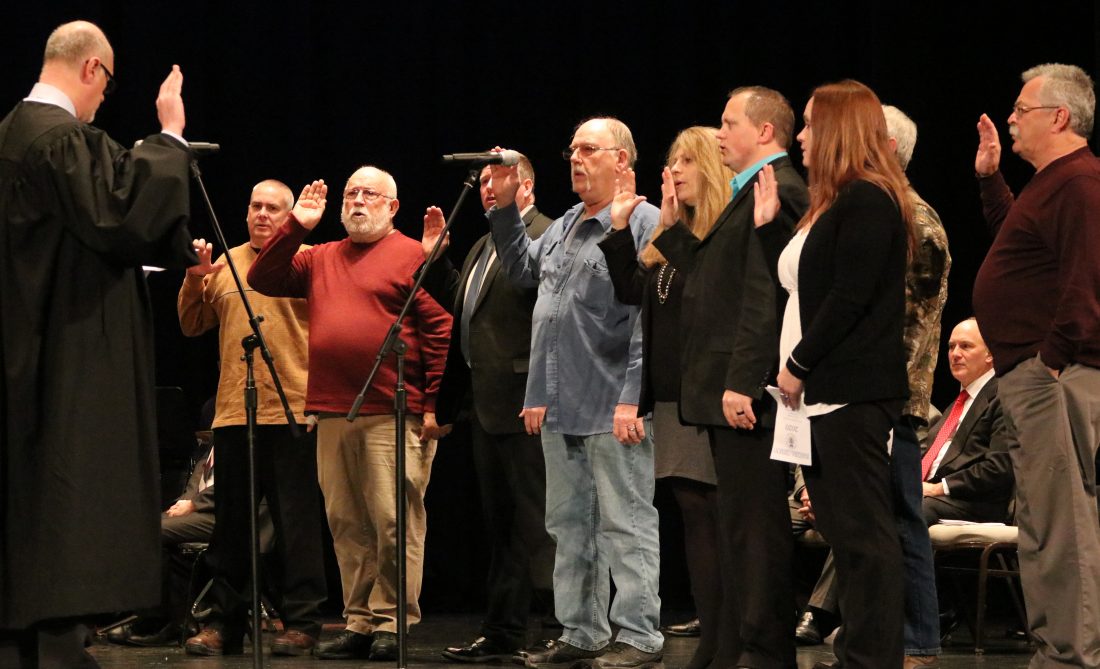 Recently elected and appointed Lycoming County officials, along with a number of borough and township officials, were sworn into office Friday morning during a formal inaugural ceremony at the Community Arts Center.

People raising their hands to take the oath of office included court of common pleas judges, county commissioners and those assuming other county offices.

Former Lycoming College Dean Dr. John Piper Jr., who served as keynote speaker, congratulated all the officials and reminded them of the opportunities that now await them.

“Today, a torch is passed to new hands,” he said.

Piper recognized the importance of the U.S. Constitution, taking special note of the preamble and calling attention to the words “promote the general welfare.”

Former President Theodore Roosevelt was among U.S. leaders concerned for the general welfare of the people when he called for the food safety laws during his administration.

Later, Piper had everyone in the room stand and cite the preamble.

Lovecchio and Reynolds were first elected to office in 2010 and Tira in 2019.

Also sworn in was Aaron Biichle, who assumes the office of district judge 29-1-02, formerly held by Allen Page.

Sworn into office by Lovecchio were county row officers.