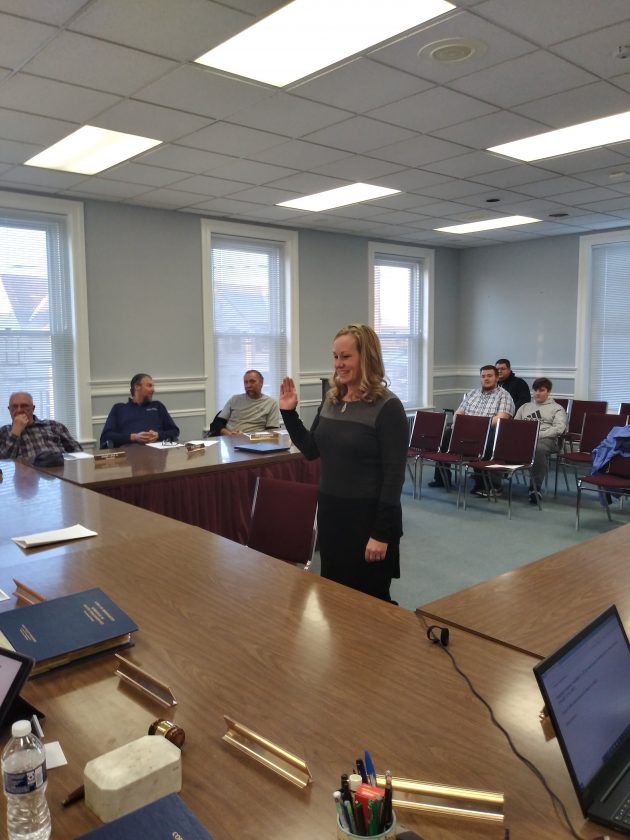 A familiar face will represent the residents of South Williamsport Borough Council’s First Ward until Dec. 31, 2021.

Hilarie German, who previously served on council, was voted in on Monday to fill a vacancy left by Robert Cronin at a special meeting of the council.

German was one of three applicants who sought to fill the vacancy. The two other applicants for the position were John Claybaugh and Micah LaBarre.

After taking the oath of office, German discussed why she wanted to serve the public again.

“I’d like to see the parks improve and be welcoming to all,” she said.

A proponent of the recently signed shared-services agreements on stormwater management and police with nearby DuBoistown, German, a math teacher, said she wanted to concentrate her efforts on finance and recreation, the latter especially because she lives close to the community park on East Central Avenue.

A resident for 12 years, asked what she wanted to see accomplished during her time on council, she replied, “I’d like to make the borough a better place for my kids to be raised in.”

German said she applied for the open seat in December.

In her spare time, German is a Little League coach and a member of the teachers’ association.

To follow borough code and law, council’s actions included a motion to declare the ward seat vacant before the vote was taken.

During reorganization on Jan. 6, Cronin did not appear to take the oath of office, according to Joseph Orso, borough solicitor.