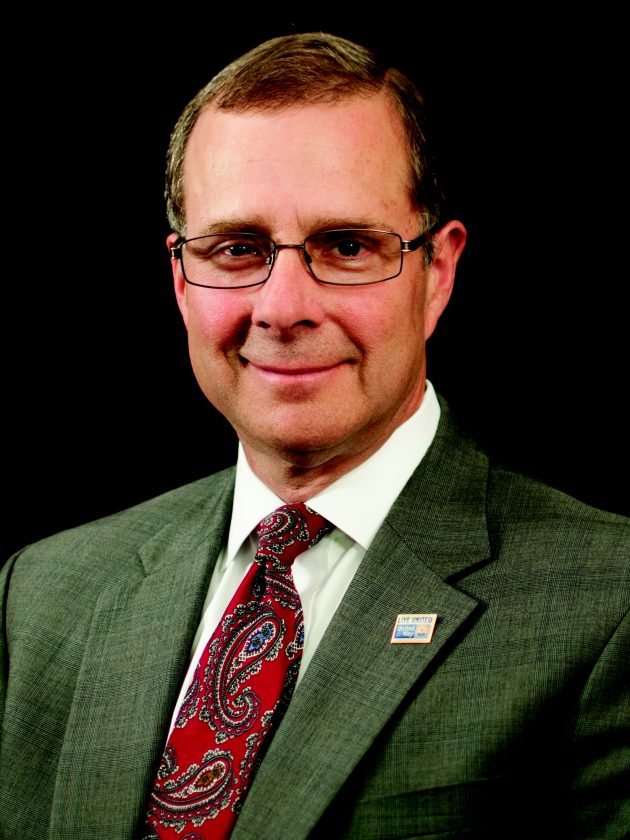 Working with over 27 program partners and outreach programs in Lycoming County alone, the United Way touches many lives in the community in ways that are not always obvious.

From helping to finance the comprehensive emergency assistance program at the American Rescue Workers, the oral surgery assistance program at Shepherd of the Streets and summer reading programs at various area libraries, to name just a few, the United Way and residents in the community who donate money to the non-profit touch the lives of many of their neighbors.

At the moment, the United Way is about $300,000 down in giving from last year at this time, according to Ron Frick, president and CEO of the group.

Part of the problem is that the way that people conduct philanthropy is different today, Frick said.

“It’s changed because in most cases, people just don’t give that way anymore,” he said.

Historically, the United Way had spent a lot of time on workplace campaigns. Representatives of the group would go into plants or businesses to speak with employees about how the campaign for giving operated. Recently, however, the United Way has been transforming the way it approaches its yearly campaign, although the workplace campaigns are still an important part of the process. In fact, Frick said, they’re trying to do away with calling it a campaign at all.

Instead of calling it a campaign, he urges people to “look at what we’re doing to benefit the community.”

“In the last few years, we’ve focused on what impact the United Way is making in conjunction with our program partners,” Frick said.

“Donor-centered, fueled by impact” is how the process is described by Ron Frick,

“Impact-driven. The more people understand the impact we make together in the community, then I think it’s going to be easier for people to associate that with their hard-earned resources,” he said.

“We’ve really flipped the role from let’s just keep telling the community we need to raise as much money as we can from September to December and then, whatever we have left over after we pay our overhead, we can grant that to the community. Now I’m saying let’s go to the community first and say, what is it that you need, how can we help you fund it?” he added.

Frick used homelessness in the community as an example of how agencies can come together to bring awareness and solutions to problems.

“If homelessness is an issue, how are we working with our partners to tackle homelessness? We started that last November with a group of homeless providers. We said let’s get around a table and figure out what we can do as a board to promote homeless awareness,” he said.

“People just aren’t used to us driving it. We’re generally not the ones who have been driving the impact. We’ve just been funding the partners,” he added.

“We have spent the majority of that time just getting people to understand how we work together,” he said. “The whole idea of collaboration and coordination, that whole convening of boots around table.”

“Now, it’s changed. What I have to convince people of is this: What is the role of the United Way in the community as a collaborator, as a leader, as someone who can convene people around the table and say let’s all talk…and how can we help you do your job better,” Frick said.

Frick noted this is a role that people haven’t associated with the United Way. In the past, the United Way was seen as the primary source of funding for many organizations. But, that is not the case any longer, as many non-profits have their own people who handle raising money for that particular agency. Frick admitted there does seem to be a disconnect in the way the community sees the need to fund both the United Way and its program partners.

“Then you have us coming to you and saying, ‘whatever you have left, I’d like to have a little bit of it.’ You get to decide from the 50 things that came in your mail this month who you’re going to give to. If I’m not positioned in a way that you understand what I do and why I do it and why it’s important to you — that’s the donor-driven part of it — you’re not going to give. You’re going to throw it out,” he asserted.

“We don’t even call it fundraising anymore, we call it resource development,” he said.

The resources might not always mean money, he explained. It could mean sending people to do a job, such as cleaning or painting at one of the program partner agencies.

“To me, the community can see, then look, because we have this network of people, because we partner together, we have people who are volunteers who can do these things,” he said.

The United Way has also been working on a strategic plan, which Frick said should be finished this year. The plan should give his agency direction by identifying needs in the community.

“People need to know people care. I think if people start to understand that the United Way really cares about the broad issues in the community and how do we get to the root causes of things, then I think it will change. Until then, it’s going to be ‘how far are you behind in your campaign,'” he said.