Woman receives class ring she had lost 33 years ago 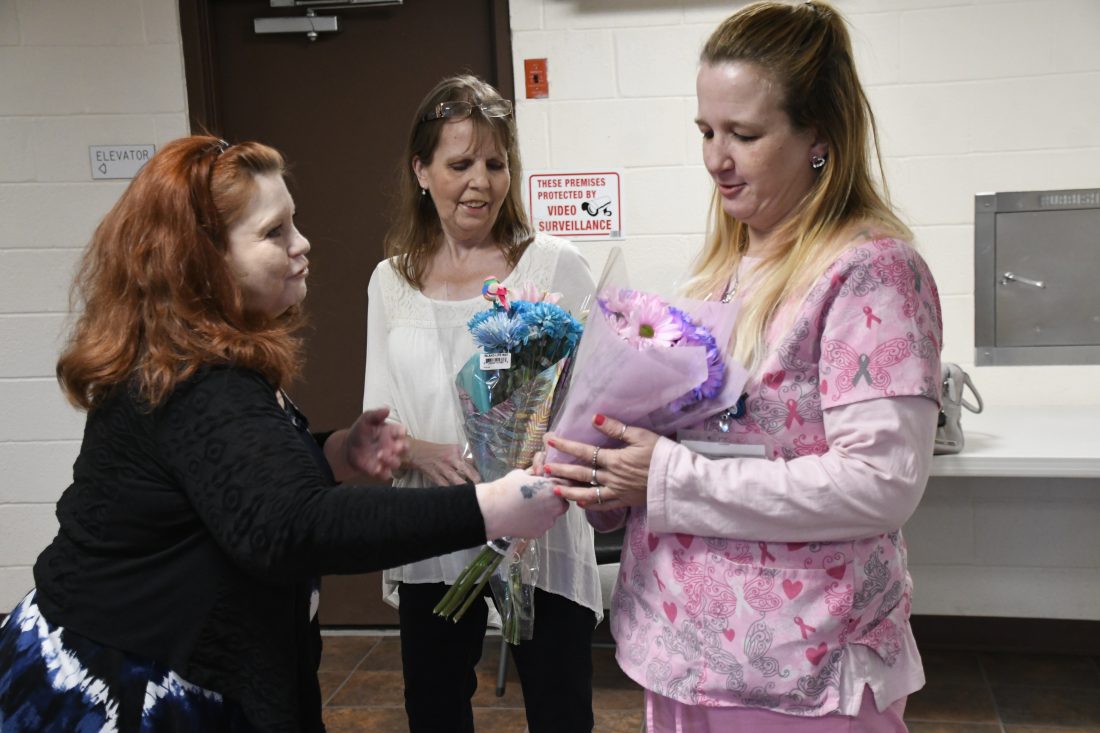 Thirty-three years ago, Crystal Lincoln lost her class ring that was bought for her by her grandmother.

Sunday, she saw a photo of it pop up on her Facebook page.

Rae Snook and Paula Miller, her home healthcare aid, at the Mary Slaughter Home, recently stumbled upon the ring in Snook’s jewelry box, a long-forgotten piece found on the floor of a store many years ago.

The pair decided to put the internet to good use. Miller posted five photos of the ring to Facebook, which were shared over 1,000 times in just about a week.

Thursday afternoon, Snook and Miller were able to return the class ring to Lincoln.

Lincoln reminisced alongside Miller and Snook as they told their stories of losing and finding the ring.

“I took off the ring at the mall in Claire’s,” Lincoln said.

“I found it on the floor,” Snook said. “I was just walking along and thought, ‘What is that?’ I just put it in my pocket and then in my jewelry box and didn’t think about it again.”

“It was lost and needed to be found,” Miller added.

Lincoln added to the heart-warming moment by saying how special it was to have the ring back, as it was a sentiment between her and her grandmother.

“I know my grandma has got a hand in this,” she said. “My grandmother bought this ring and it means a lot to me. Through them (Miller and Snook) and the media, I woke up Sunday and I was looking at my ring.”

With that, Snook handed the ring to Lincoln and tears filled their eyes as they all thanked one another.

“Thank you so much, I have goosebumps,” Lincoln said. “I get another positive out of this — I have two new, lifelong friends. These two deserve the gratitude I cannot give myself.”