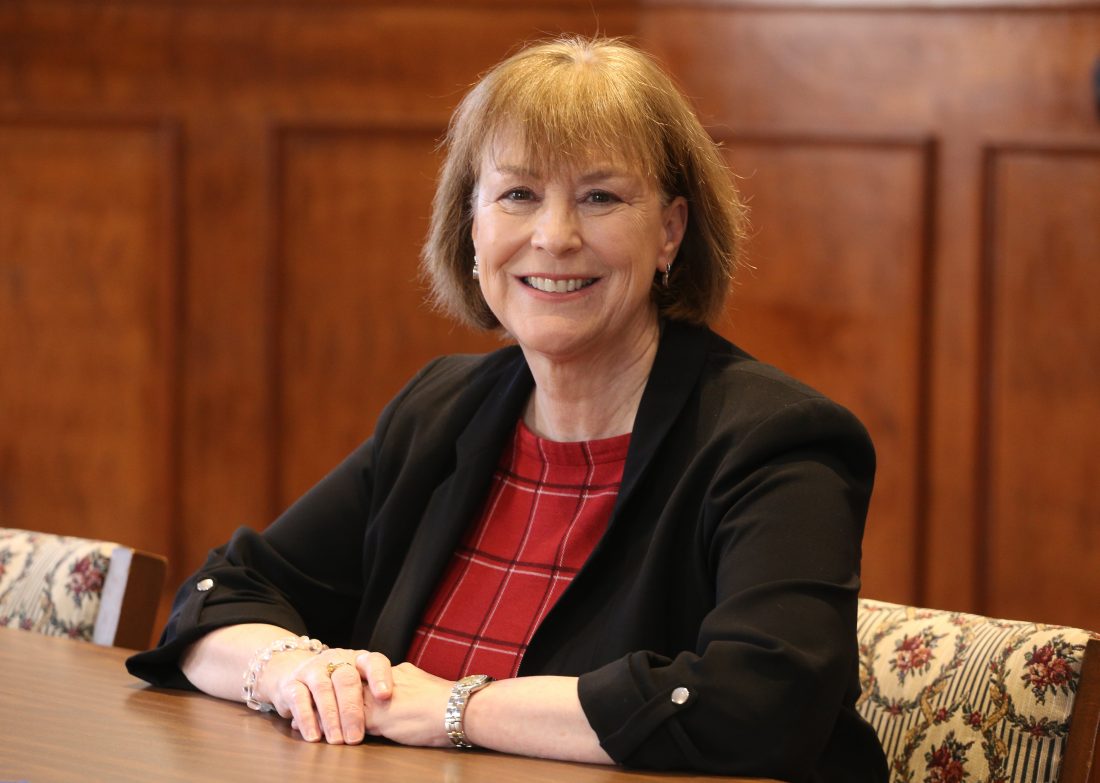 “My satisfaction has come from helping people in the community.”

That’s what Stephanie Young, director of the City of Williamsport’s Department of Community and Economic Development, said this week as she announced her intention to retire in April after 22 years working for the city.

The Sun-Gazette published an incorrect photo of Young in Wednesday’s edition, reporting that she was remaining with the city under new Mayor Derek Slaughter.

The newspaper apologizes for that mistake.

The Sun-Gazette caught up with Young upon apologizing to her for the photo mistake.

“I enjoyed helping to use dollars from the state and federal governments in the most efficient way to help those as we can,” she said.

“My favorite aspect of the job was grant writing,” she said.

The department primarily goes after grants administered by the U.S. Department of Housing and Urban Development. These Community Development Block Grants are used to repair and reconstruction streets and provide funding for owner-occupied housing for low-to-moderate income residents, she said.

Another one of the primary roles of the department is administering the HOME improvements funding for owner-occupied housing programs, she said.

Rental housing funding is available through the Pennsylvania Housing Assistance Rehabilitation Enhacement fund, which takes natural gas impact fees from well drilling and enables communities to use them toward rental rehabilitation projects.

Examples of these funds include the restoration of the neighborhood in and around the former Brodart warehouse at 1609 Memorial Ave., she said.

Today, there is a 40-unit “Memorial Homes” apartment complex, and the rental properties surrounding the area have received funding for repairing porch fronts, siding and other amenities and necessities to improve the quality of housing standards and the overall look of the neighborhood.

Young helped the city to obtain state Department of Conservation and Natural Resources grants for the city park system.

Most notably, Brandon Park’s “Nature Play,” an area with tree stumps, rocks, water and soon-to-grow plant life, such as an edible garden, that provides a source of education and play and an environmental means of discharging rain water.

It is designed using part of the $500,000 grant as a free space, where children and families can go to get away from technology of the Internet and video games and television.

“I really enjoyed working with John Grado,” she said.

Grado was the city engineer and director of the community development department for more than 30 years.

For 19 of the years in the department, Young worked as assistant under Grado’s leadership and guidance.

“He helped get the projects done,” she said.

“She’s been a great asset to the city,” Council President Randall J. Allison said. “Her knowledge and expertise in the field of community development, grant writing and the use and management of CDBG funds are a few things among the many services she provided for the citizens,” he said.

“She is the consummate professional and will be greatly missed by all of us in city government.”