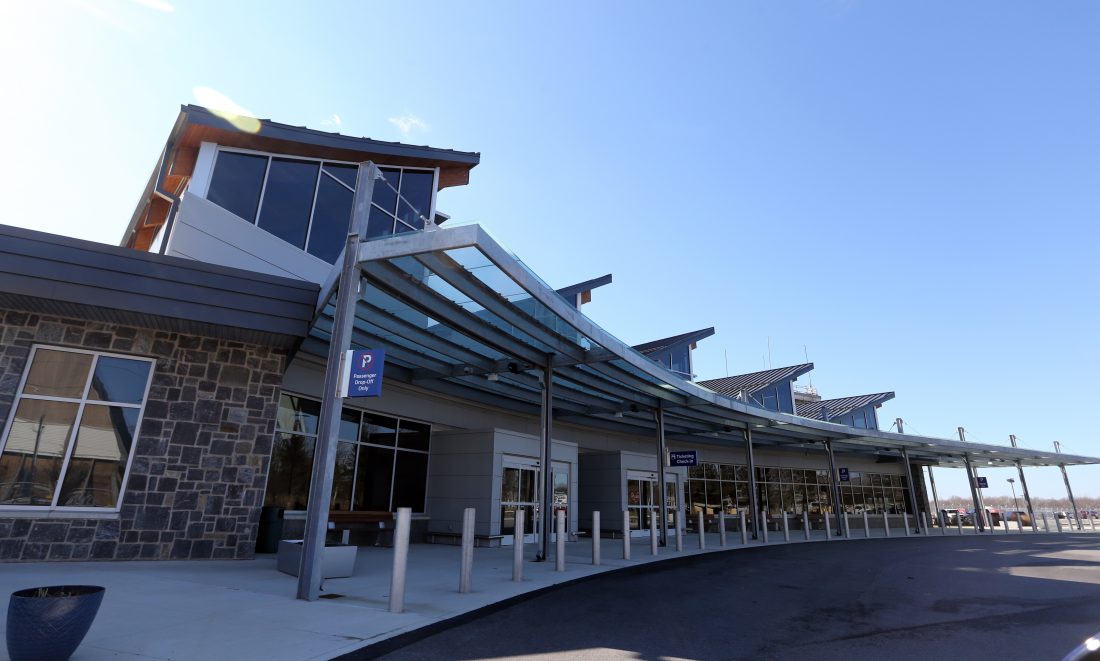 New airline service is coming to the Williamsport Regional Airport.

Starting Aug. 8, American Airlines has pledged to begin service to Charlotte, North Carolina, an elated Richard C. Howell, airport executive director, announced to the Williamsport-Lycoming Chamber of Commerce board of directors on Wednesday.

But the improved service by American Airlines doesn’t come without a catch: The airport must generate a minimum 66,000 annual on and off passengers to Charlotte, up from 44,000 counted going to Philadelphia in 2019, Howell said.

“This is not insurmountable. We need to embrace this service … to get behind it,” he said, urging board members to help market the airport.

His optimism comes, in part, from the fact that Charlotte is “the most popular hub in the world in terms of profitability.”

Charlotte offers about 90 connections to domestic destinations, though AA gates are in short supply, he added.

Currently, Philadelphia is the only destination to and from the local airport and American Airlines now just offers one daily flight, though Howell said that will rise to two come May.

Not only will the destination of flights to and from here change, so will the service.

American Airline’s new service is initially pledged at two flights daily in and out of the airport in Montoursville.

Why did American Airlines agree to the new service?

Howell cited results of a recently concluded “leakage study” that assessed which airports residents living within about 90 minutes of the recently improved facility in Montoursville use. He called it the “catchment area.”

The study was conducted in the second quarter of 2019 and covered 56 zip codes.

To Howell, some of the study findings were somewhat of a surprise, mainly that Harrisburg International Airport is used most by people in the catchment area.

The study showed that 664 people living within the study area fly in and out of airports daily as follows and with the following average one-way fare:

In terms of flights to international location, the following airports were used as first connection most:

For domestic flights, Harrisburg could remain the local airport’s stiffest competition to Charlotte, though with Allegiant Airlines at State College, that remains to be seen, Howell said.

As for the most popular leisure destinations from the local airport, cities in Florida are tops.

“This study clearly shows many of us like the warmth,” Howell quipped.

Indeed, the top four destinations among the 9.5% of passengers are all in Florida and include Orlando, South Florida, Tampa and Fort Myers. Las Vegas was fifth, followed by Los Angeles, Houston, Chicago and Denver, with Dallas tenth. As for business or work destinations, Orlando was No. 1, followed by Dallas, Los Angeles, Atlanta, Phoenix, San Francisco, Tampa, Houston and Charlotte.

Howell noted the new service will come primarily at American Airlines’ expense because the Williamsport Municipal Airport Authority will not put direct subsidies into the it, only investment in facility and marketing.

The airport, however, will soon begin to offer improved, automated parking, he noted.

As for the cost of one-way and round-trip fares to Charlotte?

Howell said it was just a bit early to say, though he did reveal that ticket purchasing for flights to Charlotte will begin Feb. 29.

“The marketing of this service will be huge,” said Michael P. Gaetano, outgoing chamber board chair.

Aug. 18 is two days before the start of the 2020 Little League Baseball World Series and perhaps that’s no coincidence because of the added demand for passenger flights.

The chamber is “very excited” about the change, said Jason Fink, chamber president and CEO.

He said he expects the business community will embrace the improved service and pledged the chamber’s resources to help market the airport.

On Aug. 17, American Airlines will cease flights to Philadelphia, the lone destination from the local airport.

American now uses its smallest domestic jet to and from Philadelphia International, which Howell said is “short dozens of connections” that passengers want.

That, he said, is why “a large portion of the flying community does not want to use Philadelphia.”