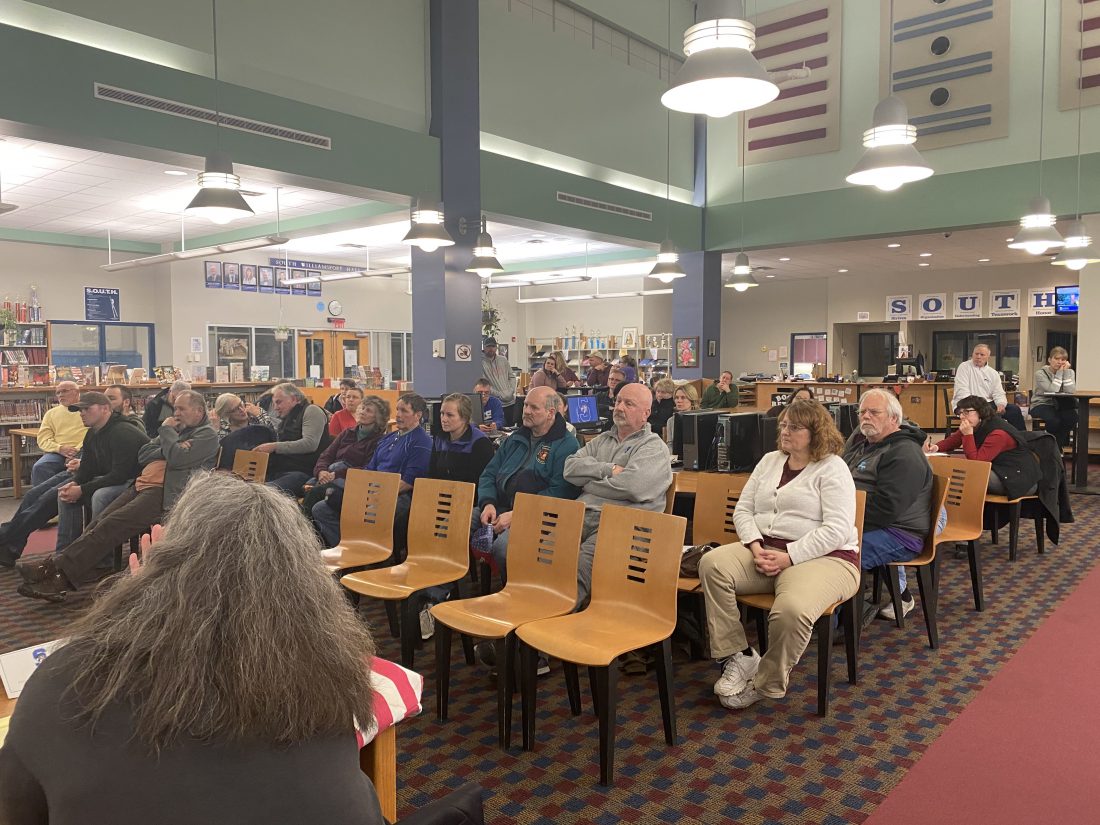 About a half-dozen people either spoke out against or questioned the proposed $29.5 million building and facilities renovation plan at Monday’s South Williamsport Area School Board meeting.

“I pay enough in taxes,” Diane Fitzpatrick, one of about 40 community members in attendance, told the school board. “I am just so against this.”

The project, which has been discussed at a number of school board meetings, could include consolidating education into two school buildings and closing Rommelt Elementary School as well as constructing a sports stadium facility and addressing improvements to facilities.

Sue Peters asked how school officials could justify spending so much money on athletics.

She noted the teacher layoffs that have occurred in the district.

Sam Burch said the building project is coming at a time when the district is experiencing declining enrollment.

He asked if there was a problem with the existing football stadium.

“There are some challenges with the field,” District Superintendent Mark Stamm said.

He explained the goal is to make it a multi-sport athletic facility.

Burch said the building project should be put before the voters.

One suggestion was made to scale back the plan.

Tom Deljanovan asked if the district could approach Little League Baseball about donating more money to the school district.

Craig Kropp wanted to know if some programs will be shortchanged at the expense of paying for a new sports facility.

Board member Paul McGinn said the project will be all about simplicity and functionality with every effort made to do what’s best for everyone.

He noted that only the concept for the project has been approved at this point.

In other matters, the board approved the audit for the 2018-19 school year.

Also approved was an agreement with Pennsylvania College of Technology for secondary school students to earn tuition-free college credits.

In personnel matters, the board accepted the retirement of Elizabeth Frey as high school special education teacher and the resignation of Ashley Stout as a paraprofessional at Central Elementary School.

The following persons were approved for paid coaching positions: