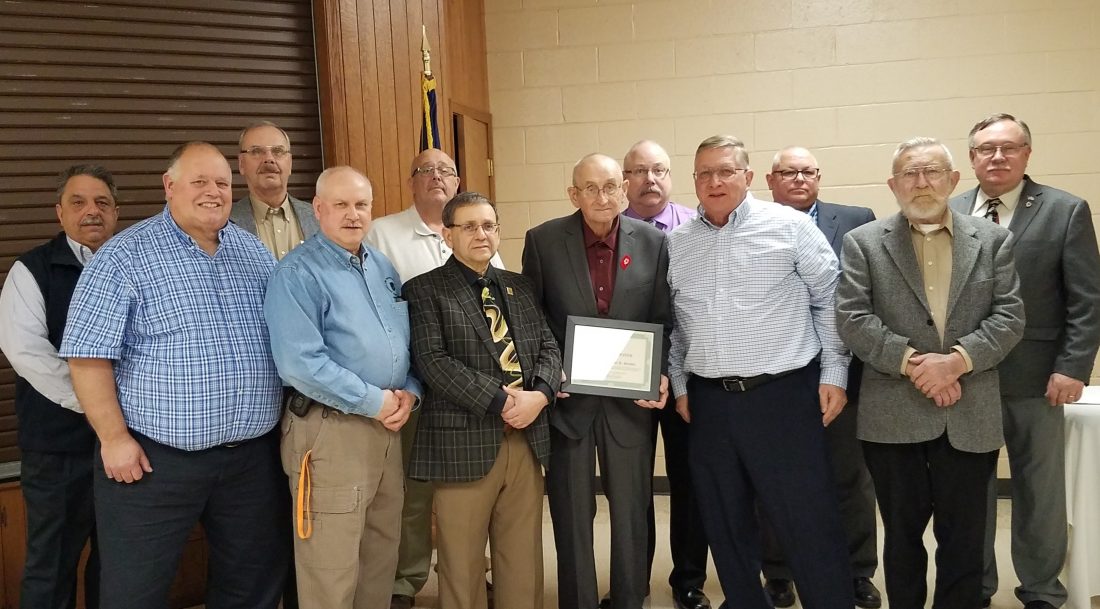 It was two decades ago when municipal officials, firefighters and emergency medical responders in the city and Old Lycoming Township got together to put out a fire.

This blaze was not one of heat, smoke and flames but of an urgent need to address a lack of available personnel, apparatus, facilities and equipment.

Aging fire apparatus and equipment and severely low personnel numbers were making it harder to respond at once to structure fires, accidents, natural disasters and emergency medical calls in Newberry and parts of Old Lycoming Township, according to several people involved in the formation of the alliance, which continues with strong results today.

“The alliance was, in my opinion, the logical answer to manpower and response time concerns shared by elected officials, the respective fire chiefs and residents of the township and west end of the city,” said Steven W. Cappelli, who was then mayor of Williamsport.

“History has spoken,” said Jon Kemp, a district judge in Muncy Creek Township who was the city Bureau of Fire chief during the alliance formation and signing.

Now, 25 years into the making of an alliance forged between the two communities, those who sealed the deal in 1999 celebrated the anniversary with a banquet Saturday.

Before they broke bread, they shared how the alliance signed on Sept. 19, 1999, has improved coverage over those years.

Under the arrangement, the township provides all equipment including one engine and living quarters. The bureau provides the staffing of two personnel around-the-clock and is supplemented with volunteers who meet the bureau’s requirements.

In the event of a greater alarm fire, the township makes all of their manpower and apparatus available to the city.

In turn, the city responds with an engine on calls in the township.

It was an alliance that required giving up politics for the betterment of the communities.

“The city had closed the Reighard Avenue fire station in 1995, repositioning two city firefighters in the Old Lycoming Township Fire Department station on Dewey Avenue, a few blocks from the city line,” Cappelli said, recalling the challenge to get personnel and equipment on the scene quickly.

“The repositioning of the firefighters reconstituted a quick response capability to alarms in Newberry and assured township residents with immediate response callout,” Cappelli said.

“The alliance is one of my proudest achievements as mayor,” Cappelli said, adding commendation goes to township Fire Chief Dave Shirn and Kemp.

Shirn, who is a township supervisor today, was one of the partners in the alliance, Kemp noted.

He said the implementation of the alliance has proven a commitment to public safety over local politics and foresight of those who gathered together to make it happen.

It took a “proactive” team of thinkers to look at sharing services, he said.

“Two communities to work together for the betterment of both,” Kemp said.

Since 1996, before the alliance, departments were operating at “several low amounts of personnel,” Kemp said.

The alliance was an “opportunity,” he said, one to “work together to bring resources in, to increase personnel and to help pay for the cost of apparatus, facilities and to benefit the people of both communities.”

“It made sense,” he said, for the communities to work together and explore how it might work out.

The alliance was not done with a veil.

“We talked,” Kemp said, adding stakeholders were involved in the discussion.

Community leaders, residents in Newberry and the township, political heads — and firefighters — all working out details.

Once these details were ironed out, the fire department command staffs in both departments were able to implement the plan.

“We did our homework — all the way through the process — and that is the reason it went so smoothly,” Kemp said.

Former Mayor Philip Preziosi said he could see the alliance need when he was mayor from 1992 to 1996.

“It seemed like many times giving up control was an issue but with travel as it was it became beneficial,” he said.

Looking back, the mechanics of the alliance continue to work as envisioned, Preziosi, a resident of Newberry, said.