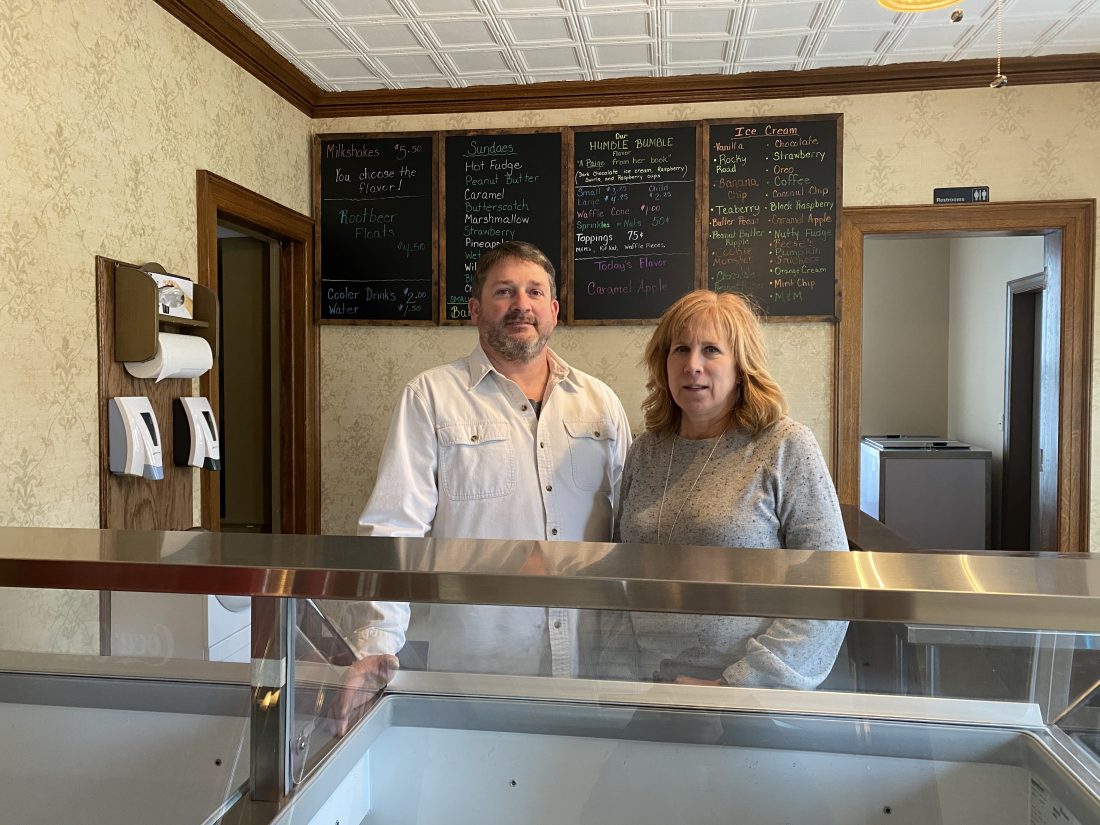 A creamery in Wellsboro was awarded a $50,000 state grant to expand its retail business in an effort to help dairy farms keep their profession in the area, said Rep. Clint Owlett, R-Wellsboro.

The Main Street Creamery, at 17 Main St., said they plan to create a wholesale operation to sell take-home pints and quarts made from 100 percent Pennsylvania dairy products, according to a press release.

The building they plan to renovate with the funds will house additional refrigeration units, freezers, which are used in production.

The total cost for the project is $58,951, with The Main Street Creamery providing $8,951 in matching funds.

By helping businesses that use dairy to create their final products, Owlett said he hopes to raise the amount of money dairy farms are paid for their raw milk — as opposed to the milk purchased at grocery stores.

The grant fund is a part of a $5-million state Dairy Investment Program through the Commonwealth Financing Authority, which Owlett helped to create under legislation.

“Agriculture, the No. 1 industry in Pennsylvania, has been struggling for a number of years,” said Owlett. “Farmers are being paid less for their milk than it costs to make.”

Both Tioga and Bradford counties have a strong history in dairy farming, but many are now struggling to keep their farms, he said.

“I’m excited for them, it’s really encouraging to put a lot of time and effort into a bill, sign it into law, and see the fruits of your labor being brought into the Northern Tier,” said Owlett. “Hopefully this will be a step in the right direction.”

Lori Beckwith, an owner of The Main Street Creamery, said she was “very excited” to hear about the state’s support.

The fresh dairy from local farms is not only popular with residents but allows the creamery “to support the dairy farms in the county,” she said.

Some choice flavors the creamery now sells are cookie monster, and coffee.

In utilizing the new kitchen space in the future, Beckwith said she will expand the number of flavors.

“It’s become a popular place for locals to gather and was well received by locals interested in homemade ice cream,” she said.

Lycoming up to six cases; more counties under stay-home order

Schools may give free meals to all

The Pennsylvania Department of Education has received waiver approval from the USDA to allow schools to provide ...

Buses of federal inmates continue to arrive at local prisons from around the nation in the midst of the COVID-19 ...

DCED offers help to businesses in the state Department of Community and Economic Development Secretary Dennis ...

The COVID-19 pandemic has resulted in cancellation of the 2020 annual Billtown Blues Festival at Hughesville, ...