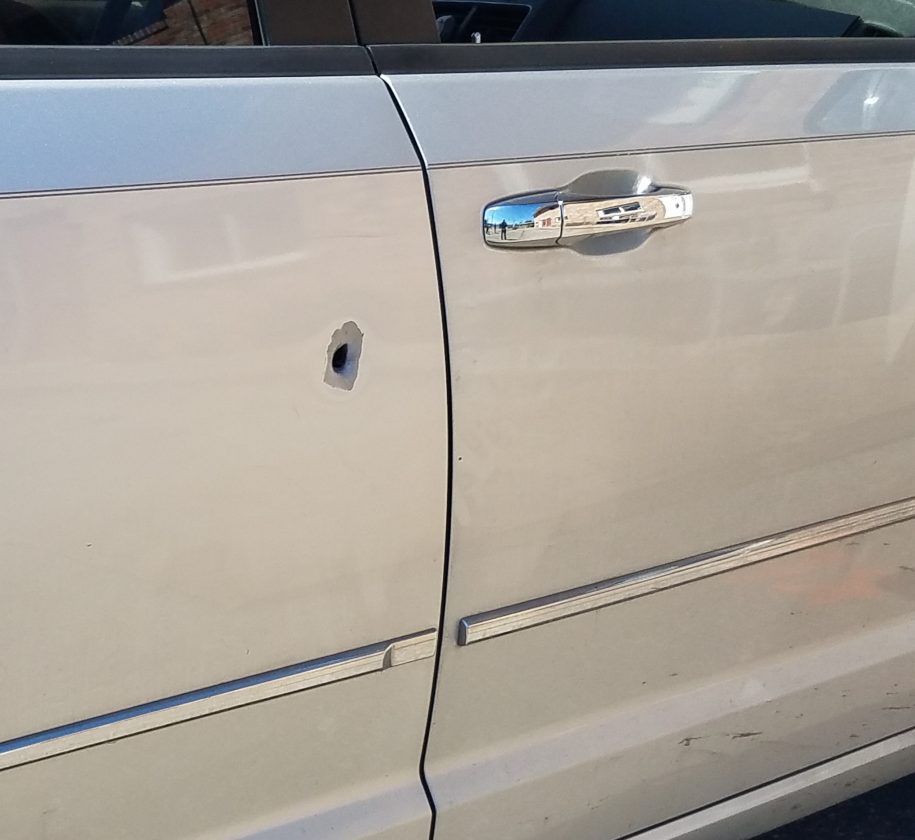 A 27-year-old Philadelphia man was shot and killed in an SUV early Monday morning in the parking lot of the Bridge Street Commons at 326 Bridge St., city police said.

Residents who live near the 10-unit apartment building reported hearing anywhere from five to 10 shots about 3:20 a.m.

Amir M.J. Nobles was pronounced dead at the scene at 4:07 a.m. by a deputy county coroner.

One resident, who was walking from her bedroom to the living room at the time of shooting, said she heard a man say “Don’t do that,” moments before hearing gunfire erupt.

“I know there were six shots. I counted them. I’m still freaked out about it,” she told a reporter at the scene hours after the homicide.

Another neighbor said he heard three shots and then after a pause, several more in rapid succession, prompting him to drop to the floor.

“I was on my knees peeking through my window,” he said.

None of the neighborhood residents who were interviewed would give their names.

“There definitely were nine or 10 shots. The sound of the first shots was very (low) and then all of a sudden the shots got extremely loud, really loud,” he said.

“When I heard the second set of shots, I thought — oh my goodness, he must of emptied the whole clip,” the neighbor said.

The shooting scene is just north of Park Avenue, west of Hepburn Street.

When neighbors looked outside, they saw the vehicle Nobles was driving up against the front of the apartment building.

“I can assure you that he was already dead when his car hit the brick wall,” one neighbor said.

“I think he was trying to pull in here when he got shot. He couldn’t stop and his vehicle hit the building,” another neighbor, standing in the parking lot, said.

At least one other vehicle in the lot was struck by a bullet. Another bullet landed in a window frame to the building.

“I think he was here to meet someone,” the neighbor said of the victim.

“I’ve seen the vehicle here before,” he added. Two other neighbors said they also had seen what they believed was the same SUV pull in the parking lot on a few occasions in the last two weeks.

“I see it often dropping people off,” one man said.

“I look at it this way considering the time of day. It was nice and dark. He had been here before. I think someone called him and set him up. Why would he come here at 3 in the morning knowing everyone was in bed,” another neighbor said.

Police Chief Damon Hagan said Monday night investigators would not comment on whether the vehicle actually hit the structure.

No other details about the shooting were released. Anyone with information may contact Agent Justin Snyder at 570-327-7576.

This was the city’s first homicide of the year.