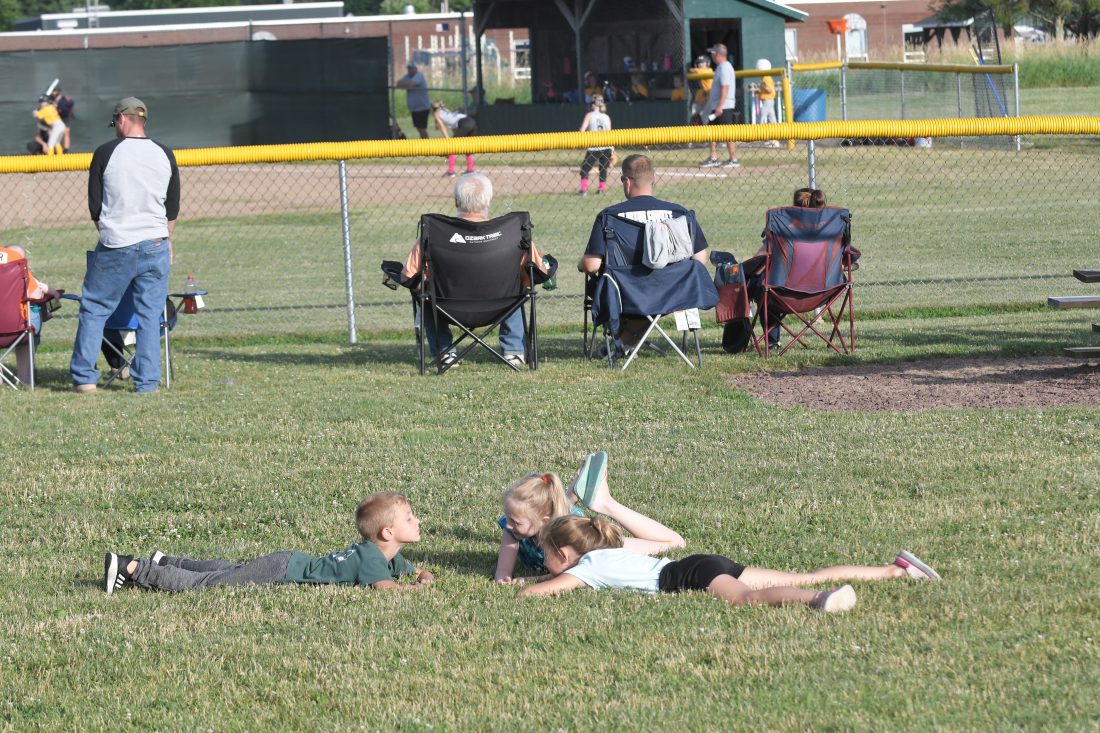 MARK NANCE/Sun-Gazette Children enjoy lying in the grass behind the outfield fence as parents watch a Little League minors game in Hughseville Tuesday.

The hot unforgiving weather of late is not expected to be in retreat anytime soon with daytime temperatures remaining mostly in the 90s through much of the week.

Today will pretty much mirror other days with soaring temperatures, sunshine and a chance of showers, according to the National Weather Service.

There is a 30 percent probability of rain today and tonight.

The overnight low will be 68 degrees.

David Martin, weather forecaster, noted that while heat waves are hardly out of the ordinary, the extended period of this most recent spate of hot weather is a bit unusual for central Pennsylvania.

“We haven’t had anything like this in a few years,” he said. “The last couple of summers have been wet.”

Williamsport, he noted, has an average of 16 days per year when the temperature exceeds 90 degrees. So far this year, there have been five days when the thermometer has reached that mark or higher.

The hot summer of 1988 brought 42 days of 90-degree plus weather — a record for Williamsport, according to Martin.

Tuesday is expected to be partly cloudy with a high near 90 and a 30 percent of rain. Rainfall amounts could be between a tenth and a quarter of an inch with higher amounts coming with thunderstorms.

The chance of rain Wednesday increases to 50 percent. Otherwise, it will be partly sunny with a high once again near 90.

Thursday and Friday are expected to be mostly sunny with highs of 91 and a 30 percent chance of showers and thunderstorms both days. Overnight lows will be about 70.

Martin said the weekend could bring a “little bit of a cold front,” with daytime temperatures falling to the upper 80s with a good chance of rain those days.